Since the start of 2014, the buzz around consumer video technology has centered on 4K Ultra High Definition, or UHD, video. At both the Consumer Electronics Show and the National Association of Broadcasters Show, the exhibit halls were filled with massive screens showing incredibly clear, vibrant video images. As a result, companies throughout the video ecosystem, from TV makers to content producers, are trying to assess the impact of 4K and the pace with which it will roll out into the global marketplace.

The terminology around 4K can be confusing. The term “4K video” is derived from the number of pixels across one horizontal line of resolution. Consumer 1080p high definition video has a 16:9 aspect ratio widescreen resolution of 1,920 pixels by 1,080 pixels, or approximately 2.07 million pixels. In comparison, 4K UHD video has nearly 4,000 pixels per horizontal line in a 16:9 aspect ratio, giving a widescreen resolution of 3,840 x 2,160 pixels, which is approximately 8.3 million pixels overall, making 4K video four times the resolution of 1080p HD. The more pixels in a given resolution, the finer the detail of a picture can be, so 4K UHD video has a sharper appearance than 1080p HD.

The purpose of pushing video content beyond 1080p is more complicated than simply “bigger is better.” Video and film are two different technologies that have attempted to accomplish the same goal since their inceptions — to create a visual representation of live action on a two-dimensional surface. In the past, video and television for the most part have existed on a lower-quality tier than film. The big-screen cinema traditionally has served as the artistic, technological and financial pinnacle of screened audio/visual entertainment, with box office numbers serving as the measuring stick for the value of entertainment companies.

Recently, popular and highly acclaimed episodic programming like House of Cards (Netflix), Breaking Bad (AMC Network) and Game of Thrones (HBO) have given big-screen productions a run for their money in quality and artistic merit. Cinema and video, while still fundamentally different, are moving closer together in quality and scope than they have ever been, and the emergence of higher-quality video such as 4K UHD will provide TV programming producers an improved platform to continue this trend.

With penetration of flat-panel televisions exceeding 80 percent in 2013, consumers have familiarized themselves with TV-related terms like “HD” and “LED.” However, most consumers have never heard of “4K” or “UltraHD.” In fact, less than 20 percent of broadband homes indicate any level of familiarity with 4K, recent Parks Associates consumer research shows. 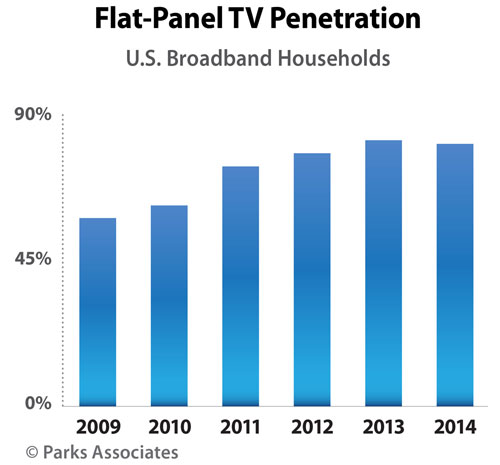 Clearly, TV makers and the industry overall have some work to do in educating consumers. Retail will still drive the educational process, as it did when HDTV emerged, but the retail market faces significant challenges today compared to earlier. The online marketplace has supplanted a portion of the brick-and-mortar retail space, so consumers are not as likely to view retail store displays. In addition, a 4K demonstration online is not feasible, because consumers cannot see the higher-quality video unless they already have a 4K display.

Lower retail influence may require TV manufacturers to be more creative with exposing consumers to the technology — perhaps increasing their presence at live events. It is also imperative to provide a side-by-side comparison to showcase the difference that 4K video offers compared to current HD televisions. Until consumers begin clamoring for 4K, the movement toward 4K will be an industry-driven initiative. These players will need 4K television sets entering consumer homes, as that will make it easier to justify production of 4K content. 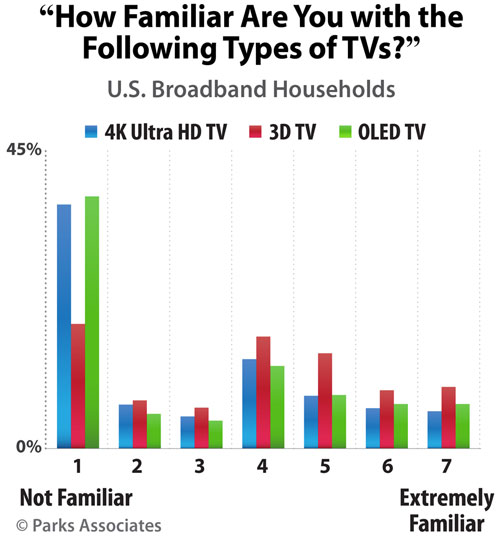 To take advantage of the amazing clarity of 4K televisions, video content must be optimized for 4K viewing. Thus, the content either must be produced using 4K cameras and equipment or converted to 4K resolution in post-production. However, not all video is produced and delivered in the same way. Premium video content can be grouped into three major categories, each of which benefits from 4K in unique ways:

The greater clarity of 4K video provides a look and feel that gives the viewer a closer sense of being at an event. The higher quality video and frame rates of 4K reduce picture distortion, particularly important for fast-moving events such as live sports, giving the user a more realistic view of motion. Many sports content owners are now eager to enable multiscreen experiences to further increase the level of immersion of the experience, including features that allow viewers to choose camera angles. Thus, in the near future, viewers will be able to have a uniquely custom experience while viewing a sporting event made more lifelike through the higher quality of 4K UHD video.

OTT providers, however, are eager to exploit 4K technology to remain ahead of competitors and substitutes in the video technology landscape. Netflix plans to produce its popular and award-winning series House of Cards in 4K in 2014 and will partner with Walt Disney and Marvel Entertainment to produce four original episodic series in 4K. Amazon also plans to produce all of its original content with 4K equipment, which will include episodic comedy, drama, and children’s program series.

Studios are open to supplying distributors with 4K content — including Sony Pictures, Warner Bros., Lionsgate, and 20th Century Fox, according to Amazon.

Today, however, most of the 4K content from major studios is actually 2K video that has been remastered in 4K through additional post-production work.

Much of the 4K content currently available on Amazon includes nature documentaries, historically a common category for showcasing high-quality video. Nature documentaries typically combine wide landscape shots with extremely close detail shots. This pairing shows contrast between broader and finer detail on the screen, giving the viewer a sense of the capabilities of the video technology.

In addition, documentary directors often rely on shooting at high frame rates to capture intricate animal action, and playback requires smoother on-screen motion that only high-resolution video displays with high frame rates can provide. BBC and Discovery Networks established a high standard for nature documentaries in 2007 with their documentary miniseries Planet Earth. At that time, the miniseries served to showcase the capabilities of HD television in a consumer setting, and similar content is emerging in 4K today.

While filmed entertainment has experienced successful integration in the home video market, home video technology has yet to approach the user experience of viewing a movie at the cinema. One of the issues confronting 4K video in filmed entertainment is the fact that video and film are fundamentally different motion-capture processes. While film consists of light captured through a lens on physical celluloid photographic film, video consists of electronic data that is encoded and decoded to form a visual representation of the motion that is captured. While the media are closer visually than they have ever been in the past, the look and feel of video has yet to match that of filmed motion pictures.

High-resolution video looks sharp and crisp, but it lacks the cinematic look that comes from capturing individual pictures through a shutter. The experience becomes more like watching a live performance as opposed to a movie, which may or may not detract from the experience. Some filmmakers, like Quentin Tarantino, have vehemently opposed digital cinema as it attempts to portray a realistic presentation of action rather than an illusion of motion through individual photographic captures.

However, many of Tarantino’s peers, notably Robert Rodriquez, have wholly embraced digital filmmaking, and studios have pushed toward digital film production due to its lower production costs and practicality. Film stock is expensive to purchase and is highly susceptible to environmental issues. Heat can degrade film stock, and undeveloped film stock cannot be exposed to light or radiation, including x-rays. All these factors enhance the challenges of storing and transporting film stock.

Transporting digital film via hard drive or through a network poses none of these problems. With large studios striving to control the rising cost of content production, digital film production enables one method of cost reduction while presenting the opportunity to market high-quality 4K cinema content to consumers. Whether filmmakers embrace digital production or not, large studios are expected to transition to 4K consumer video in the near future, in effect forcing the transition onto filmmakers.

Conclusion and Near Future of 4K

With CE manufacturers aggressively promoting 4K as the future for televisions, consumers inevitably will desire content to exploit their newly acquired technology. As 4K and 8K video cameras become available and affordable, video content production likely will see a shift toward 4K and 8K. Many of the tech-savvy creative staff in video production will be eager to exploit the new technology, though this change will not occur until the industry has established the viability of 4K video in the consumer market.

Content companies will be especially wary, considering the recent failure of 3D television. However, unlike 3D, 4K video is more an enhancement of existing technology than it is a completely unique experience. Thus, 4K is more akin to HD rather than 3D, which is good news for the industry, because more than 80 percent of U.S. broadband households have an HDTV, while just 10 percent of have a 3DTV, Parks Associates research has found.

As 4K televisions become more affordable, adoption will rise. CEDIA dealers expect to install 4K home theater units in approximately 15,000 homes in the next 12 months, and manufacturers anticipate around 80 percent household penetration of 4K TVs in the next 10 to 12 years. In line with this timeline, and despite the outcry from several traditionalists in the film production industry, studios will move to digital film and video production for cost and quality reasons, eager to exploit the home video market for further gain.

Glenn Hower is a research analyst at Parks Associates. 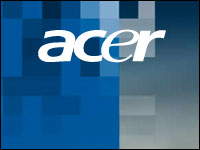