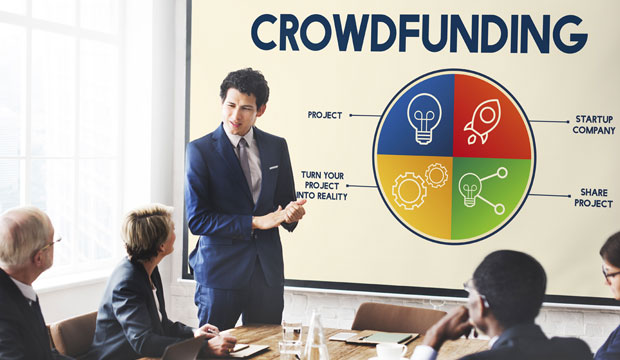 Looking to raise capital, launch a product, and grow your business? Crowdfunding could be the answer.

“Crowdfunding is more than just the money,” remarked Justin Giddings, CEO of The Kickstarter Guy.

“In some ways, it is the perfect laboratory to explore and develop the market viability of your project,” he told the E-Commerce Times.

“If you can launch a new brand and attract thousands of people within a short time frame, it becomes a mile marker of the consumer readiness of the product,” Giddings said. “Plus, it’s just good marketing. If a product is ever going to go viral without an expensive ad campaign, it’s going to be during a crowdfunding campaign — and your target market is paying you for it.”

One of the best things about crowdfunding is that crowdfunding platforms can deliver an audience that’s ready to invest in your company and product, observed Nick Morey, head of Dynamo’s San Francisco operations.

“You are likely to have stronger visibility than if you go it alone when first starting out,” he told the E-Commerce Times. “Also, working with the community, you may have a chance to reiterate and improve your product based on feedback, meaning your product is far more likely to be well received by consumers once it is readily available.”

If you’ve never run a crowdfunding campaign before, however, it can be difficult to know where to start. With that in mind, here are some tips to start crowdfunding like a pro.

A successful crowdfunding campaign begins well before it’s launched. Thorough preparation can have more of an impact on the success of your campaign than your actual product.

“Your campaign lives and dies on the strength of the prep work, not on the product,” Giddings maintained.

“Too many business have a truly brilliant idea or product and fall into the myth that the product’s coolness is going to drive traffic. It won’t,” he said. “You’ve got to do all the prep work that goes into finding, connecting and priming your customers. Then you’ve got to drive them to your campaign. If you’ve done your job right, the campaign will take care of itself.”

Researching your particular product, and knowing what to expect when you launch a crowdfunding campaign, can make or break the campaign when it actually launches.

“Know what you are getting into,” cautioned Daniel Zayas, U.S. sales manager for LongPack Games Manufacturing and a tabletop games crowdfunding consultant.

“I want clients to understand what is at risk if they don’t cover a majority of the logistical hurdles of the campaign before they launch,” he told the E-Commerce Times.

“There are examples out there in the world of crowdfunding campaigns where the creators either mismanaged the funds or didn’t ask for enough money, but likely both. I don’t want my clients to end up like that, so we discuss logistics and costs just as much as campaign page layouts and marketing.”

How far in advance you start this prep work depends on your product and business, but think months before your campaign is set to begin — not weeks.

“What most people get wrong with crowdfunding is they don’t take the necessary time to properly prepare their product launch,” noted Mark Pecota, CEO of LaunchBoom.

“I recommend starting at least three months before you launch,” he told the E-Commerce Times. “Your main focuses during this time are 1) testing product positioning within the market; 2) building an email list of people ready to buy your product; and 3) preparing marketing assets for the Kickstarter/Indiegogo campaign.”

Crowdfunding is all about marketing, so it’s important to pay particular attention to how you market your campaign.

“Your project is not your plan, so research like a crazy person or hire a professional, but do not hit launch until you and everybody on your team knows exactly what’s going to go down during this campaign,” said Giddings.

One key to effective marketing of a crowdfunding campaign is getting word out about the project in a timely manner.

“Ideally you want to be pitching to press a couple of weeks before the campaign, with coverage timed for when you launch,” said Morey.

“There have been lots of instances where potential companies come to us asking to promote their launch when the campaign has been active for a number of days,” he said. “Given the speed of the news cycle, and the fact that you are often competing for coverage against more well-known entities, press are far less likely to consider covering your product when the news has been out there and is considered old.”

Setting the right funding goal is another important part of successful crowdfunding, since reaching that goal will be necessary to move your project forward.

Set a funding goal too high, and “people feel it’s a difficult number and they’re less likely to get the product, so they cop out,” said Morey.

Set it too low, “and people will question why you need funding at all. Think about what’s realistic, achievable and attractive, and look to other successful campaigns in your field for reference,” he suggested.

Crowdfunding is all about creating a sense of community, so it’s vital to keep the lines of communication open between you and your backers — and to make sure not to promise more than you can deliver.

“Make sure you are responding to your backers in a timely fashion, and don’t underestimate your delivery times,” warned Morey.

“You should be considering crowdfunding when your project is closer to completion and you are less than nine months from delivery,” he suggested. “Given the history of crowdfunding, and a lot of projects taking far too long to deliver or failing to deliver at all, a tighter timeline is far more likely to net you trust.”

5. Get Help When You Need It

“A consultant will know what resonates with backers when crafting your page, can advise on your video script and messaging, use their experience to target the right press with the right story, and be able to advise you when things need to change, or if problems occur,” noted Morey.

“Being able to write a concise, relevant and useful press release,” he said, “as well as being able to pitch effectively to the right, thoroughly researched press contacts, goes a long way to ensuring your campaign is a success.”

Vivian Wagner has been an ECT News Network reporter since 2008. Her main areas of focus are technology, business, CRM, e-commerce, privacy, security, arts, culture and diversity. She has extensive experience reporting on business and technology for a varietyof outlets, including The Atlantic, The Establishment and O, The Oprah Magazine. She holds a PhD in English with a specialty in modern American literature and culture. She received a first-place feature reporting award from the Ohio Society of Professional Journalists.Email Vivian.