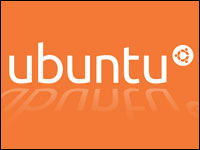 Declaring a thing may not make it so, but it certainly gets tongues wagging.

Case in point: Canonical’s announcement last week that Ubuntu’s longstanding Bug No. 1 — which read simply, “Microsoft has a majority market share” — has now been closed.

“Personal computing today is a broader proposition than it was in 2004: phones, tablets, wearables and other devices are all part of the mix for our digital lives,” explained Canonical founder Mark Shuttleworth in a comment last week. “From a competitive perspective, that broader market has healthy competition, with iOS and Android representing a meaningful share.

“We have both competition and good representation for open source in personal computing,” Shuttleworth added. “Even though we have only played a small part in that shift, I think it’s important for us to recognize that the shift has taken place. So from Ubuntu’s perspective, this bug is now closed.”

Did the Linux-loving masses have thoughts to share on that bold declaration? You bet your market-share statistics they did — on Slashdot, on InternetNews and beyond.

“Bug #1 is definitely not fixed, Mark!” began blogger Robert Pogson, for example. “There are still places on Earth where if you want a computer with a keyboard and mouse, a consumer has to pay M$ for permission to use some hardware the consumer buys from retail shelves.

“While Ubuntu GNU/Linux has made inroads on that, more work remains to be done before the bug can be called fixed,” Pogson opined.

‘There Is a Market’

On the other hand, “2013 offers another great opportunity to break through the barrier,” he suggested. “‘8’ is not selling. Big, expensive PCs are not selling. Retailers know that. They are ready to try something else.

“The problem is not one of capability but imagination,” he concluded. “Keep pushing the product. There is a market for it.”

“I still want to see a day where some reasonable percentage of computers are non-Microsoft,” yagu told Linux Girl. “Today it’s Microsoft if you’re buying a computer (unless you’re in an Apple store). It’s Android if you’re buying a phone, Windows Phone if you’re buying a phone and you’re stupid (I mean that in most respectful way — consumers fall prey to wrong tech choices all the time because marketing trumps deep understanding of product).”

Also, “if they want to close #1, I’d propose opening bug PatentTroll,” he suggested.

“Consider that it’s entirely possible Microsoft is making more money from Android phone sales than from Windows Phones sales simply by dint of extortionist sealed licensing pacts with Android phone manufacturers,” he explained. “It’s reminiscent of the contracts with PC makers whereby companies like Dell still had to pay a Windows OS license on any PC sold whether it shipped with Windows installed or not. Not okay.”

In any case, “I suppose when they do regression testing on the #1 bug fix they could deem it ‘not fixed’ at some point and re-open it,” yagu concluded. “I’d consider it ‘in progress’ still.”

“At least he is being honest about thinking the desktop is irrelevant,” consultant and Slashdot blogger Gerhard Mack told Linux Girl. “But for those of us who need to get work done, we still need a Linux distro that allows that.”

“IMO, Mr. Benevolent Dictator is a trickster,” Ebersol told Linux Girl. “He never really wanted that bug to be fixed, or else he would have been more aggressive in his market decisions. He wanted to create a brand and then sell it to a major company. Seems that didn’t work out well… Yet.”

Shuttleworth “has always been shy regarding the markets,” Ebersol said. “Seems he was afraid to face MS dominance in the desktop, and RH dominance in the server side. So, his statement that bug #1 is fixed is very disappointing.

“I believe he used the hatred against MS to rally the troops of Free Software, but in the end his own actions were the determining factors, and he didn’t address the real issues (commercial software, pre-installed Ubuntu, OEMs backing the company, and the list goes on…),” Ebersol concluded. “Even now, with the Ubuntu phone and TV, those seem like distant promises.”

Nevertheless, “I, for one, wish him and the company he owns all the luck, because there are very important projects that rely on Ubuntu as a base,” he pointed out.

‘It May Limp Along’

“In case they haven’t kept up on current events, the planet seems to be going walled gardens, MSFT still owns over 90 percent of the desktop and if Apple rams through DRM into HTML V5 (which I’m betting they will) you are gonna have locked down Apple, locked down Google, and locked down MSFT dragging up the rear,” he explained.

“Oh and I’d like to point out that I did call that Ubuntu would be gone by 2016,” hairyfeet added. “It may limp along as a niche server product for a year or two after that, but on the desktop they’ll be done, and this move fits my prediction perfectly.

“After all, they can’t bail on desktops if bug 1 still exists without major egg on their face, so moving the goalposts and declaring it ‘closed’ — when in reality the numbers really haven’t changed a bit — lets them save a little face when they later say, ‘We are giving Ubuntu to the community,'” he suggested. “Translation: We can’t afford to keep it so here ya go, do all the work for free while we take a few good bits for Ubuntu Sever.”

The move gives Canonical “an exit from the desktop they’ve not been able to make a cent off of,” he added.

Bottom line? “Goodbye Canonical — say hi to Xandros/Linspire, Mandriva and all the rest that tried to make a better desktop in Linux Heaven,” hairyfeet concluded.

‘I Don’t Think That’s the Case’

Not everyone took it that far, however.

“I think this is representative of Canonical’s shift in priorities more than anything else,” offered Linux Rants blogger Mike Stone.

“Shuttleworth claims that it’s the rise of Android that leads him to close this bug, but I don’t think that’s the case really,” Stone explained. “I think this more points to the fact that the desktop PC is becoming less of a priority for Canonical.

“Microsoft still dominates the desktop computer market, and they’re still as evil as they’ve ever been,” he added. “The only thing that’s really changed about that scenario is many people care less than they used to because there’s been a significant move to other form factors where Microsoft doesn’t dominate.”

Shuttleworth, apparently, “counts himself among those people,” Stone said. “Considering Canonical’s shift into the phone/tablet/TV markets, it’s not really all that surprising.”

‘Dragging Others to the Grave’

On the “‘market side of life,’ you have to do your own propaganda and say, ‘the king is dead, God save the king’,” began Google+ blogger Gonzalo Velasco C.

“M$ is not dead,” he opined. It “is surely sick, but still dragging many others to the grave as it falls: pressuring OEM brands to ship their buggy OS and a trial version of their bloated Office, planting FUD about GNU/Linux, buying whatever could be a foe or a friend of their enemies, etc.”

Of course, “on the phones side, yes, they were defeated,” he conceded.

In any case, “Shuttleworth is right when he says, ‘it’s better for us to focus our intent on excellence in our own right, rather than our impact on someone else’s product,'” Gonzalo Velasco C. opined. “Canonical is trying to make Ubuntu a hit and influences more than a dozen other well-known distros. Perhaps this is Mark’s way to shake M$ and make them taste their own poison. :-D”

‘Its Days Are Numbered’

Nevertheless, “there is a statistical tendency that is manifesting, like when we are in election day when the president is announced hours before all the votes are accounted for,” he explained.

In this case, “I base my analysis on two factors,” Saenz said. First, “PCs (the major force of Microsoft OS) are becoming less and less necessary, but they are still needed,” he pointed out.

Second, “Linux’s reliability and stability are becoming known to the masses through Android smartphones, tablets and other gadgets, not just to technology-savvy people like they were before,” he noted. “They can see the OS is faster and does not crash so often as is the case with Windows.”

Increasingly, “more commercial developers will realize this and will begin making software for Linux, not just Windows,” Saenz concluded. “If Microsoft does not reinvent itself and become less rigid and closed-sourced, its days are numbered.”

Last but certainly not least, Google+ blogger Brett Legree was perhaps most sympathetic of all to Canonical’s declaration.

It may still be true that “if I go into any local PC store, I cannot find a machine without any proprietary software,” Legree told Linux Girl. “However, I think this kind of thinking misses the point of Mark’s comment.”

Specifically, “closing the ‘bug,’ focusing on the good work that they can do and what they can bring to the world rather than attacking another company or product — this is a good thing,” he opined. “I believe that many in the free software world — in fact, the world at large — could learn from this.”

Legree’s suggestion: “If you want me to use your product or service (and maybe even pay you for it), then tell me all that is good about it,” he said. “Tell me why you use it by showing me how it could help me to improve things in my life, or how it has already done this. Tell me about all of the great things that use Linux-based operating systems, from smartphones to supercomputers and beyond.

“Please don’t tell me that using Windows is stupid or wrong or limits my freedom — and heaven forbid, don’t call me an iSheep because I also happen to use Apple products alongside Windows and GNU/Linux and *BSD and Android,” he added. “You don’t know everything about my life and you don’t know what I need to get things done, so don’t pretend to know what is best for me.” 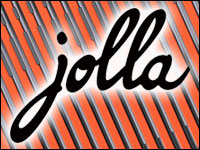