The Return of MeeGo: Phones and Apps and Games, Oh My! 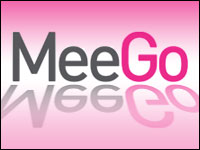 One of the best things about being part of the Linux community is that life is absolutely never boring around here.

Take MeeGo, for instance. First, it came, as a result of the merger between Maemo and Moblin.

Then, it went — namely, when Tizen arrived.

Now? You guessed it: It’s back!

Finnish startup Jolla has announced it will be using the Linux-based mobile OS in not just one but two upcoming new phones, and it’s apparently even signed a sales deal with D.Phone, China’s largest smartphone retail chain.

But wait! There’s more! An app store is reportedly in the works as well, and a version of Angry Birds is already available for MeeGo devices!

Head spinning yet? You’re not alone. Bloggers far and wide have been mulling the implications.

‘It’s Going to Be Difficult’

“MeeGo was one of the more exciting projects I’ve ever seen come out of Nokia, so of course they’d completely botch it,” mused Google+ blogger Linux Rants down at the blogosphere’s Punchy Penguin Saloon, for example. “Now it has a second chance and I can’t wait to see what it can do.”

Linux Rants’ only concern is that “in the time that MeeGo has been comatose, Android and iOS have pretty much made smartphone OSes a two horse race,” he told Linux Girl. “It’s going to be difficult for MeeGo to get a foothold. I sincerely hope that Jolla has what it takes to put MeeGo back in the running.”

‘I Seriously Doubt There Is Room’

“I hope they can make a go of it, though I seriously doubt there is room for yet another horse in the race,” O’Brien began.

“Android is now over 50 percent of all phones in the U.S., and even higher globally; Apple is a solid No. 2,” he explained.

“If Nokia hadn’t hired the worst CEO in the world (and that is saying something), maybe they could have made a run with Meego,” O’Brien concluded. “But it looks to me like this is another one of those interesting technologies (like BeOS) that just never got traction in the marketplace.”

It’s possible MeeGo “would not have died to begin with if its ancestry were less troubled,” suggested Hyperlogos blogger Martin Espinoza.

“Moblin was very slick, but much of the effort spent on it was actually eliminating support for non-Intel equipment, so that was completely wasted,” he explained.

“I downloaded the x86 release of MeeGo only to find that they hadn’t bothered to implement graphics, which had at least been working for Intel hardware in Moblin,” Espinoza added. “It’s difficult to imagine what it brings to the table today that would permit it to compete with Android.”

‘Those Guys Will Have Troubles’

“If they don’t succeed, it’s kind of OK, since there are so many contenders in the mobile phone market,” he pointed out. “But, if they do succeed, and make awesome smartphones, it’s going to be hell for them, since Nokia, MS, Apple and whatnot will come after them with patent lawsuits.”

These days, “little ones can’t get into this market — just big shots,” Ebersol concluded. “Pity, for us consumers.”

‘A Small Company Can’t Keep Up’

“One is the economies of scale, as the big handsets get cranked out in large enough numbers to help lower the costs,” hairyfeet explained.

“This brings us to number two, which is that NO carrier is gonna promote a ‘hacker friendly’ OS, anymore than you are gonna get the MPAA to promote DRM free,” he noted. “That means you’ll have to buy unlocked and unsubsidized phones — we are talking a good (US)$500 to $600 for a device that on average is out barely a year before the hardware is badly out of date.”

Then, too, there’s the fact that “phones are currently undergoing their own MHz war, just as the PC did in years past, which means hardware refreshes have to be FAST,” hairyfeet added. “A small company simply can’t keep up.”

Throw in “the amount of $$$ being spent by the other guys on their phone OSes” and “mass market appeal, which simply won’t be there,” and MeeGo “has about as much chance as WebOS has of becoming the No. 3 phone OS, that is none at all,” he concluded.

Of course, one of the advantages of open source is that if someone thinks they can do better, they can go ahead and try it, consultant and Slashdot blogger Gerhard Mack pointed out.

“If this had been some proprietary project, the results of all of Nokia’s work would have just been wasted,” Mack noted.

“Finland and the people let go by Nokia could do a lot worse than using MeeGo to avoid the roadblock of M$ in smartphones,” Pogson explained. “It’s good to have diversity in smartphones. iThingies and Android/Linux thingies are decent, but a little more competition is good for all of us.

“It would be sweet if Jolla managed to put Phoney ‘7’ into fourth place or even further back in the pack,” he added.

Chris Travers, a Slashdot blogger who works on the LedgerSMB project, took a similar view.

“Google really needs some competition in this space — an open source smartphone OS run by someone other than an advertising giant which delivers targets ads by watching what folks do online,” Travers explained.

“There is a growing number of Android users (myself among them) who are deeply uncomfortable with using an operating system built, essentially, by an adware company,” he added. “It’s one thing when it’s search results; it’s another thing when it is email. And when this is tied to things like your contact list on your phone or the documents you share, this becomes even more concerning.

“How much information are they gathering?” Travers wondered. “What are the implications for privacy?”

In short, “I would like to see these take off — it would be a good thing for everybody,” he concluded.