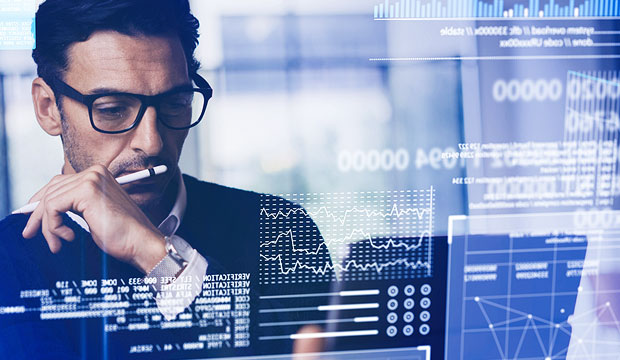 This story was originally published on April 10, 2018, and is brought to you today as part of our Best of ECT News series.

Data science has become mission-critical to many enterprises. Companies in the United States will spend billions on third-party audience data in 2018 and even more on third-party solutions to use that data, as they move toward becoming model-driven, Internet Advertising Bureau projections indicate.

It’s not just a matter of harvesting data and then crunching it; companies have to map data against their business model in order to get the most out of it.

“According to a recent McKinsey survey, companies that can consistently deploy models in production have a 7.4 percent profit margin advantage over their peers,” he told the E-Commerce Times.

“Companies like Amazon, which put models at the center of their business, are accelerating past competitors,” he observed. “It will get harder and harder for laggards to catch up.”

“You’re creating models to predict out into the future what’s likely to happen,” he told the E-Commerce Times, “and with business context, how you might react to that prediction to get to a better outcome.”

Companies have been adding third-party data such as demographic, psychographic, weather and industry data, to account for outside influences and get to more accurate models, Henschen said.

They’ve begun using machine learning and deep learning approaches that create models based on the data itself as data stockpiles have grown.

While models have been used in focused areas such as lending, claims processing and other high-value areas, applying this data science expertise throughout a corporation requires developing “dozens, scores or even hundreds or thousands of models,” Henschen noted. “That requires automation and robust model lifecycle management capabilities.”

The biggest challenge to moving toward a model-driven business is developing the data engineering and data science talent required to drive and maintain it, Henschen said.

“In order to democratize the power of AI and analytics, we need to pass the laboratory tools and create model-driven factories designed for a savvy businessperson, not just mathematicians and programmers,” he told the E-Commerce Times.Pegasystems’ products leverage omnichannel artificial intelligence that lets users apply real-time analytics across marketing, sales and service, and “all of our customers take this approach,” Schuerman remarked.

Shortcuts like relying on out-of-the-box model-driven capabilities baked into commercial off-the-shelf applications, or analytical capabilities provided as a service in the cloud are better than simple reporting and visualization of historical information, Constellation’s Henschen acknowledged, but they “are not a substitute for building internal expertise and capabilities that can be applied across a company starting with its biggest business challenges.”

The first thing companies should do when planning to adopt a model-driven approach is get buy-in, both from business leaders and IT, Pegasystems’ Schuerman said.

Build up a data engineering and data science team, Henschen suggested, and then get to repeatable processes and scaling up “by exploiting emerging automation and model-lifecycle management capabilities.”

Model governance and visibility are crucial, as regulations sometimes require transparency in model-driven decision making, he noted. Also, the data science team “has to learn how to streamline the time-consuming challenges of data management and iterative data movement and model testing, so they can focus on innovation with, and exploring, cutting-edge modeling techniques such as learning.”

Take an open approach to infrastructure, Scheurman advised. “No tool is a silver bullet; tool agility and governance is the most important objective.”

However, openness shouldn’t be adopted at the cost of control, he cautioned. “A proper approach enables one to know exactly which tools and packages are used on each project and at each step of the lifecycle, so all experiments can be reproduced.”

Perhaps the biggest challenge to overcome in taking a model-driven approach is the tendency of companies to view data science as a technical skill rather than an organizational capability, Steele said.

“Hiring more people and buying more tools won’t get organizations to where they need to be,” he said, noting that there are four major challenges to becoming model-driven:

Companies should “more tightly link development and production across people, process and technology,” Steele advised, and get data scientists to work collaboratively on projects from the beginning.