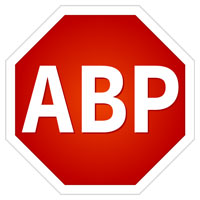 Adblock Plus, together with partner ComboTag, on Tuesday launched the beta version of the Acceptable Ads Platform.

AA is an interactive platform that pre-whitelists ads publishers and bloggers then can place on their sites. It will only contain only ads that abide by AA’s criteria for size and labeling, and their placement will be governed by the AA rules.

“This is just a technical extension and improvement to Acceptable Ads,” said Adblock Plus spokesperson Ben Williams.

The platform “can take ads from an exchange, check their compliance with the Acceptable Ads criteria, and offer publishers a real-time drag-and-drop editor to put these ads on their sites,” he told the E-Commerce Times.

“We’re not selling ads,” Williams emphasized. Publishers “can still serve their traditional ads to the majority of their users. I’s just that now they can reach this massive, independent web of ad blockers — and on the blockers’ own terms.”

The platform will fully launch this fall.

ComboTag will ensure publishers applying for inclusion in the AA Platform comply with the AA Guidelines, as well as with the Google AdX policy, said company CEO Guy Tytunovich.

Publishers can log into ComboTag’s platform, drag approved ads from the menu and drop them onto pages using the ComboTag WYSIWYG editor.

“Users chose us to protect them from intrusive ads,” Tytunovich told the E-Commerce Times. “However, we realize that we also need to help publishers sustain the free-Internet concept. We’ve invested tremendous resources in building a platform that would enable them to display nonintrusive ads and yet generate a high yield from their ad block traffic.”

Whitelisting the infrastructure instead of individual ads lets Acceptable Ads support ads from several demand sources. The AA Platform thus will do double duty as a supply side platform and an ad exchange.

Whitelisted ads will include a feedback mechanism that will let users comment on them and help decide which ads get selected on a live auction.

Houston, We Have a Problem

“I think the essential question is whether a person will use an ad blocker that doesn’t block ads,” said Michael Jude, a program manager at Stratecast/Frost & Sullivan. “It seems counterintuitive.”

If the AA platform is successful, “it will be a win for Adblock Plus and a loss for users, since they’ll receive ads when they presumably don’t want to,” he told the E-Commerce Times.

However, “one could argue that this is a partial win for advertisers, since the alternative is that they don’t reach consumers at all,” Jude added.

User resentment quickly surfaced in response to the announcement.

“It’s like taking medicine for something, only to have that medicine not cure you of the advertised sickness,” observed Adblock Plus user Chris in a post on the company’s blog.

“I have been using your software for a long time,” Ebins wrote. “Now thanks to this, I have uninstalled it forever and have installed another one. What you guys are doing is like selling condoms that guarantee ‘acceptable’ pregnancies. No thanks.”

Adblock Plus has just messed with its primary value proposition, said Frost’s Jude. “If you’ve made your business on the strength of ad blocking but then don’t block ads — or worse, actively push ads — then you may have a problem.” 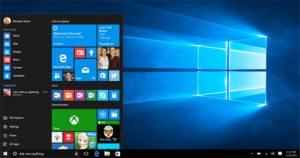 Windows 10 Is About to Get More Secure, Easier to Use