Adobe Earnings Rush In but CTO Rushes to Apple’s Arms 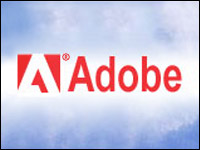 Adobe reported a strong first quarter of 2013 Tuesday, just as news hit that Chief Technology Officer Kevin Lynch is leaving the company and heading to Apple.

The company beat analyst expectations for the quarter. Adobe reported a revenue of US$1.008 billion, with net income coming in at $177.9 million.

Adobe’s Creative Cloud offering was one of the biggest gainers, indicating the company’s transition to a cloud-based subscription model rather than licensing its software is starting to pay off. The offering now has more than 479,000 paying subscribers, an increase of 153,000 from the previous quarter. Adobe also noted that Creative Cloud has more than two million free and trial users, which could lead to more paid subscribers.

Adobe’s Marketing Cloud was another winner for the quarter, bringing in $215.4 million, a 20 percent increase on the year. Adobe said it expects the product to continue its growth by 25 percent for the rest of the year.

Those are encouraging figures for Adobe, but that growth can’t continue forever, said Trip Chowdhry, senior analyst for Global Equities Research. While the company has engineered a solid transition to cloud offerings, the challenge is to make sure it can keep attracting new customers.

“Investors should not think the work is over,” he told the E-Commerce Times. “Adobe is de-emphasizing product sales and emphasizing cloud services. That’s working, but a lot of those customers are being driven over from the old subscription model, and to get more customers they are going to have to dramatically increase marketing, which could mean a loss of revenues.”

Adobe did not respond to our request to comment for this story.

In addition to the quarterly report, investors also digested the news that Lynch will leave the company at the end of the week to become Apple’s vice president for technology under Senior Vice President Bob Mansfield, according to a report from Bloomberg.

The move to Apple is somewhat surprising, considering that company’s famous disdain for Adobe’s Flash Player. Steve Jobs banned the player from the company’s mobile devices, declaring that Flash was designed for PC screens and was too buggy for smartphones and tablets.

Lynch often defended Flash, claiming that Adobe was ready to integrate a mobile-compatible version of the system on iPhones and iPads as soon as it got approval from Apple.

“Neither iOS nor Android supports Flash,” he told the E-Commerce Times. “Site owners have found and will continue to find Flash alternatives for rendering on mobile devices.”

Lynch doesn’t need to integrate Flash Player into iOS to be successful at Apple, added Chowdhry, and the move is great timing for both companies.

The next phase of growth at Adobe is likely to be driven towards marketing solutions to draw a new generation of users, and that is not Lynch’s core strength, he noted. Instead, Lynch can bring his knowledge of software development to a company that is constantly designing for smartphone, tablet and computer displays.

“This is very positive for Apple, but is almost meaningless for Adobe,” Chowdhry said. “Kevin Lynch can bring a very holistic approach to multiscreen design and development. He wouldn’t contribute anything to Adobe’s marketing solutions, but he can be more critical at Apple because he is one of the people that understands multiscreen applications, deployments and services.” 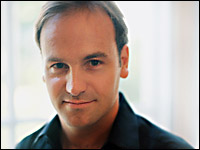 Canonical: The Next Apple 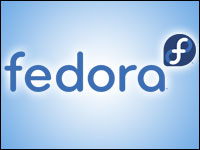 Fedora Project’s Robyn Bergeron: The Linux Desktop Is Almost Ready for Its Close-Up 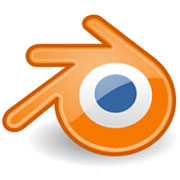 ‘Blender Master Class’ Gets A+ in 3D Graphics Instruction