Wells Fargo, the largest lender of private student loans among all U.S. commercial banks, had offered a 0.50 percent discount to Amazon Prime Student customers under the partnership. They were eligible for an additional 0.25 percent rate reduction if they enrolled in the bank’s automatic monthly loan repayment plan.

The student loan agreement with Wells Fargo ended less than two weeks after the federal Consumer Financial Protection Bureau ordered the bank to pay US$3.6 million in civil penalties for a series of illegal practices in its private student lending business.

Beyond the civil penalties, the CfPB ordered Wells Fargo to pay $410,000 in refunds to borrowers for illegal late fees.

Wells Fargo’s Education Financial Services division originates and services student loans, and has 1.3 million total customers in the U.S., operating in all 50 states, according to the bureau.

Despite the timing of the CFPB action and the end of Amazon’s partnership with Wells Fargo, it remains unclear whether there is any direct link between the two. The CFPB, Amazon and Wells Fargo did not respond to our requests to comment for this story.

The CFPB, along with the Department of Education and Department of Treasury, last year called out the student loan industry for widespread servicing failures that contributed to the delinquency problem.

In comments made last summer, CFPB Director Richard Cordray cited a “vast disconnect” between existing laws and the experiences of many borrowers, who were not provided the relief they qualified for to mitigate student loan debt.

Amazon’s brief attempt to lower the cost of student loans was not the first effort on the part of a technology company in this market.

Online companies have been working for quite a while to help fill the void between federal student aid and private lenders that service the college student loan business, said Tina Malott, a spokesperson for College Ave, a student loan firm led by Joe DePaulo former CFO at Sallie Mae and former CEO of Credit One Financial Services.

“Mainly, there is a gap between what the federal government will loan you and the cost of tuition and living expenses,” Malott told the E-Commerce Times. “That gap is sometimes filled by private student loans.” 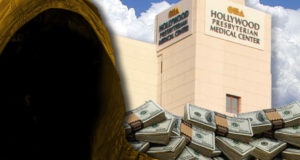