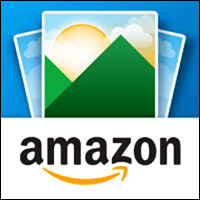 The Unlimited Photos plan includes 5 GB of additional storage for videos or other documents and files. It costs US$11.99 per year.

The Unlimited Everything option provides limitless cloud storage of photos, videos, movies, music and files for $59.99 per year. Both plans come with a free three-month trial.

Unlike monthly plans for business users, these new services target the average consumer who has multiple devices.

“We think it is the most customer-centric way to sell storage. We don’t want customers to think about how much storage they need or how much it costs per GB,” Amazon spokesperson Lyn Hart told the E-Commerce Times.

Amazon last year tweaked its Prime membership by adding a storage perk. Prime members will continue to receive unlimited photo storage, including 5 GB of free storage for videos and other files, at no additional cost. Those who have greater storage needs can buy into the Unlimited Everything plan, said Hart.

An unlimited plan makes sense, because people rarely know how many gigabytes of storage they need to back up all of their data, said Josh Petersen, director of Amazon Cloud Drive.

Amazon’s bargain basement prices will put pressure on Dropbox, Google and Microsoft. A quick comparison shows a noticeable gap between Amazon’s new pricing plans and those of its main competitors charge. Here’s how they break down:

The unlimited pricing plans replace the previous pricing menu for Amazon Cloud Storage, which gave subscribers 5 GB of storage for free. Users could add more storage, based on a tiered pricing structure starting at 20 GB for $10/year, up to 1 TB/year for $500.

One concern is whether Amazon’s cloud storage is truly unlimited. As with other major cloud storage providers, users can’t store their files exclusively in the cloud, according to Tunio Zafer, CEO of pCloud.

“They still need to store them on hardware devices, and that’s usually less than 1 TB of data. Here the word ‘unlimited’ could be misleading, since actual storage space may be dictated by a user’s hard drive space,” he told the E-Commerce Times.

Consumer-side advantage is a big marketing plus for Amazon’s new plan. The sheer ease of purchasing unlimited storage through Amazon.com is a huge benefit, noted Tim Prendergast, founder and CEO of Evident.io.

“Rather than sign up for some new service or experience another shopping ecosystem at the competitors, consumers just add the unlimited storage product to the Amazon.com cart alongside their diapers, toothpaste and other commodity items,” he told the E-Commerce Times.

This just makes sense from a buyer’s perspective, said Pund-IT’s King. It gives buyers a one-stop shop with no additional setup required.

With Prime’s online content library, Amazon has some interesting options to bundle with its cloud storage service.

That said, shoppers should not discount the other storage options, advised Anand Sanwal, CEO of CB Insights.

“Microsoft and Google are going to be formidable competitors in this area,” he told the E-Commerce Times.

Not All the Same

From a technological perspective, Amazon Cloud has a distinct advantage over many of its competitors. It is a true cloud hosting service, offering cloud storage, Web development and an application hosting environment, noted Fred Menge, president and CEO of Magnir.

“From an end-user perspective, Amazon differs from other cloud storage providers by offering a safe and secure storage environment at a reasonable price,” he told the E-Commerce Times.

“While Google and Dropbox are free services with limited storage, Amazon is a subscription-based service. By offering a small price, Amazon provides a secure environment designed to store massive amounts of data at a reasonable per-gigabyte fee,” Menge explained.

Amazon’s cloud offering has a distinct advantage from playing a broader ecosystem game than the others when it comes to cloud services, noted Evident.io’s Prendergast.

Microsoft and Google have their own cloud ecosystems to rely on, but they tend not to have the breadth or scale that Amazon has, he observed. “They are at different maturity levels in their cloud features and pricing models, which Amazon is clearly going to take advantage of in this situation.”

Low-ball pricing may not be easy for consumers to ignore, but all online storage bins share a few common problems. One of them is access speed, noted Pund-IT’s King told the E-Commerce Times.

“One or the other of Amazon’s services should work for 90 percent of users. That may make the service seem like a slam dunk, but it does not eliminate the basic shortcomings of online storage services,” he said.

In every case, access to data is restricted according to network capacity, so if you happen to be using a slow WiFi connection, downloading data can take a very long time.

Another issue is that simply uploading files to a cloud service does not mean that users can or will manage them very effectively.

“At one level, Amazon’s service and that of virtually every other cloud storage provider is the virtual equivalent of the stuffed-to-bursting storage locker facilities you see in every city,” said King.

Consumers need to worry about cloud security standards as well, added pCloud’s Zafer. “Not much has been said about Amazon’s cloud security.”

Another worry when it comes to dumping everything you digitally own into the cloud is a company’s durability. Amazon remains the market leader in these services — but there is a but, said King.

“I think it is reasonable to be cautious about Amazon’s position due to its financial condition. The fact is, Amazon demonstrated financial weakness through most of 2014, including a significant loss in Q3,” he noted.

Though it ended the year on a high note after the holiday shopping season, its cloud competitors, including Microsoft, Google and Apple, are all in far stronger financial shape and easily can match or beat Amazon’s low-balling, King pointed out. “If they choose to do that, the big question will be where Amazon can go after reaching the bottom.”