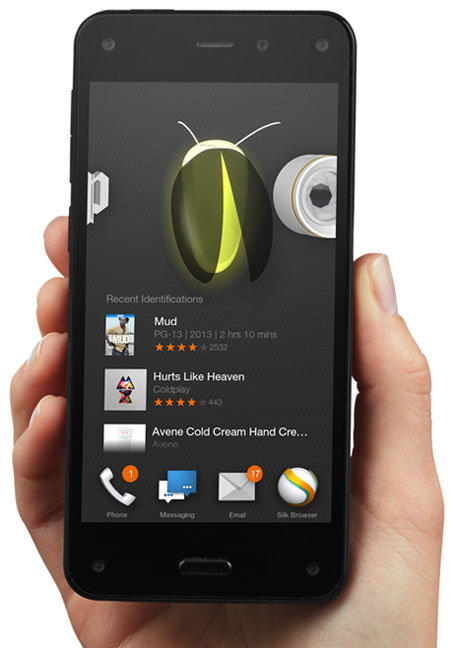 Amazon is working on a second iteration of its Fire Phone but doesn’t plan to release it until 2016, according to reports.

Following the disappointing performance of the phone’s first generation — Amazon reported a US$170 million charge in unsold inventory in its third quarter — the company has gone “back to the drawing board,” VentureBeat reported, citing sources close to the situation.

The phone apparently still has full support from CEO Jeff Bezos; yet to be determined is the combination of features that will succeed.

“Hopefully they sold enough that they could get some kind of mineable user data, but I’m not sure they did have enough to really benefit from the experience,” he said.

If nothing else, Amazon should have learned that “their smartphone cannot be a hardware play,” Morgan added.

The device’s 3D interface and multiple cameras, for instance, were “OK — sort of cool, maybe gimmicky — but they didn’t really apply to anything,” he observed.

Amazon needs to realize that “people are already coming to Amazon — a phone won’t help them get there, the way it is now,” Morgan said.

Rather, Amazon needs to reoptimize the device so that it’s targeted to a specific use case — “in this case, the person who goes into a store, takes a photo of UPC codes and then goes onto Amazon,” Morgan suggested.

It also could be incorporated into the company’s one-hour delivery program, he added.

In short, “there needs to be a closer tie to Amazon’s core that makes the device differentiated through software, not hardware,” Morgan said.

It might even make sense to use Android rather than Amazon’s customized Fire OS version.

“It seems like a lot of work that is not netting differentiation to the consumer — just cost for Amazon,” Morgan said. “You can’t have expensive devices anymore — it’s not that world.”

Both the device’s $199 price on contract and $649 unlocked price were “rather high for a brand that really hasn’t been there in the market,” he told the E-Commerce Times. “The price needs to be lower to reflect some of the other realities in the market today.”

Another critical factor Amazon must nail down in order for the next Fire Phone to succeed is distribution, Llamas suggested.

“Here in the U.S. they relied on AT&T,” Llamas explained. “If you really want to move volumes, distribution is the name of the game.”

That means having a presence not just on AT&T but also T-Mobile, Verizon and other carriers, he said.

Amazon has “some amazing IP,” Llamas noted, that should be put to work. “What if Firefly became an app available on iPhone and Android? At the start and end of the day, what Amazon wants you to do is buy stuff, so let’s reduce the friction.”

On the other hand, “shopping is not one of the key features people use their smartphones for,” he pointed out. “They use them for texting, calling and other things — but shopping is not a top feature.”

The Amazon Fire Phone is different from any other smartphone on the market, industry analyst Jeff Kagan told the E-Commerce Times.

“Amazon is not interested in getting into the smartphone business as much as they are interested in selling more stuff online,” he pointed out. “If having a Fire Phone in hand will let users buy more Amazon stuff anytime, anyplace, then that’s exactly what they want from it.”

Although version one was “a flop,” Kagan said, “there may be a Fire Phone three and four and five, until they eventually come up with the right combination.”