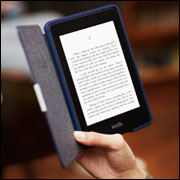 Amazon on Friday introduced Kindle Unlimited, a new subscription service for e-books. The service allows customers to download and read as many books as they want from a list of more than 600,000 Kindle books for a monthly fee of US$9.99.

Included in the price are thousands of Audible audio books.

Amazon is making a number of popular titles available under the program, including The Hunger Games, Diary of a Wimpy Kid, and The Lord of the Rings. In the Audible category, users can listen to The Handmaid’s Tale and Water for Elephants through the monthly program.

Amazon is offering a try-it-for-one-month-free deal to get customers on board with the service.

There is a growing consumer expectation that content now should be available online for a monthly subscription fee that offers all-you-can-eat access or something close to it. It is expected for music and movies, and now demand is surfacing for subscription e-book plans. Oyster and Scribd, for example, offer “Netflix for books” services.

However, “unlike Oyster and Scribd, Amazon has other revenue streams to offset the loss of revenues,” said David Wogahn, digital media publishing consultant at Sellbox.

Amazon is well acquainted with loss-leader offers, if that is what this turns out to be. It has more than 475,000 books in its Kindle Owners’ Lending Library now — books that Prime members can borrow for free via their Kindle devices with no fixed return dates.

However, Amazon’s decision may be less about boosting revenue than maintaining dominance.

“What Amazon wants is a way to ensure that the business model of book buying and reading doesn’t change in ways that Amazon can’t control,” said James McQuivey, a media analyst at Forrester Research.

“I think this is the same calculation Apple did when they begrudgingly decided to offer a music subscription service. They are simply protecting their franchise as heavy listeners, readers and movie watchers shift from owning to subscribing. There are a few differentiating points for book retailers today, and subscriptions, however unprofitable they might be, was one of those. Not anymore,” Wogahn told the E-Commerce Times.

“If there is a move to subscription — as there has been in every other major medium from music to video — then Amazon wants to be setting the ground rules for how it will work,” McQuivey told the E-Commerce Times.

That move appears to be well under way. Much as their music executive counterparts were forced to do a number of years ago, book publishers are grudgingly recognizing that pricing models must adapt to online trends.

The U.S. government helped nudge the industry in this direction in 2012, when the Department of Justice filed a suit alleging that Apple and five publishers conspired to fix the prices of e-books. Their action was viewed as retaliation against Amazon’s decision, starting in late 2007, to price most e-books at US$9.99.

The publishers settled out of court, but Apple did not, and it was found guilty of price-fixing. Though the case is not yet closed, with an appeal pending, news surfaced this week that Apple agreed to settle a class action lawsuit brought by the attorneys general of 33 states, contingent on the outcome of its appeal.

Amazon did not disclose the license structure it must have negotiated with publishers for its Kindle Unlimited service, but it’s possible to make an educated guess.

“I would imagine it is some kind of discounted royalty in which the publisher gets paid for every book that is downloaded by the reader,” suggested Gerry Purdy, chief mobile analyst at Compass Intelligence.

There might be some additional revenue for books that are actually read, which should be easy to track, he told the E-Commerce Times. Even if they are not tied to compensation, such data would be valuable to publishers and writers.

The overriding driver behind Amazon’s introduction of Kindle Unlimited is likely the simplest one: Subscription services work. Amazon can attest to that with its Instant Video service: Earlier this year, it announced that video streams on Prime Instant Video had nearly tripled year over year, and that it had passed both Apple and Hulu in streaming video usage, according to figures from Qwilt.

“At the end of the day, Amazon is interested in generating more revenue, and this service will do that for them,” James Brehm of James Brehm & Associates, told the E-Commerce Times. “It will be particularly enticing for heavy readers of Kindle books that download e-books several times a month.”

Another factor is that Amazon wants to be seen as a company that is always innovating, or at least tweaking its service, Brehm added. The last image Amazon wants for its Kindle empire is that of “an old dusty library.” 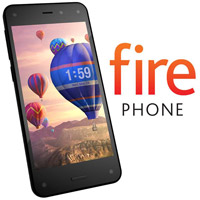