Amazon on Wednesday announced WorkMail, a play for the enterprise email market. Offered by Amazon Web Services, WorkMail is aimed at companies that want to move their on-premises email services to the cloud.

WorkMail reduces complexity and cost, Amazon said. With all mail infrastructure relocated to Amazon’s cloud, a company no longer need be concerned with buying hardware, installing patches, and installing mail backup systems. Neither does it have to deal with expensive server software licensing agreements. With WorkMail, it simply pays by the number of mailboxes it creates.

WorkMail gives its customers desired security and privacy controls. Subscribers also can choose the AWS region where their data is stored.

Another WorkMail bonus is that it will enforce a customer’s mobile device policies via the Microsoft Exchange ActiveSync protocol. From the AWS console, users can be forced to create strong passwords, for instance, or get their devices wiped remotely if they’re lost or stolen.

In addition, all data in transit is encrypted using SSL — and because WorkMail is integrated with the AWS Key Management Service, customers control the encryption keys by which their data is scrambled.

Key control is important to security-conscious organizations. “What Amazon is basically saying is, ‘We can’t read your mail,'” Private.me COO Robert Neivert told the E-Commerce Times.

“That’s an important statement,” he said, “because one of the reasons companies don’t want to go to the cloud is they’re afraid there’s a super administrator at the cloud company who can read their email.”

While the ability to choose a region for storage and control encryption keys sets WorkMail apart from other email cloud providers, other aspects of its security are on a par with it competitors.

For example, Amazon encrypts data to and from an email client and between mail servers.

“Almost all cloud providers do that, so it’s not a differentiator for Amazon,” Abine CTO Andrew Sudbury told the E-Commerce Times.

WorkMail is compatible with existing email components installed by a company, Amazon emphasized. For instance, it can be integrated with Microsoft Active Directory so users can use their existing corporate credentials to access WorkMail.

In addition, WorkMail works with Microsoft Outlook or can be accessed through a feature-rich Web client. It also works with any mobile device that supports the Microsoft Exchange ActiveSync protocol, including iPad, iPhone, Kindle Fire, Fire Phone, Android and Windows Phone.

“WorkMail works the same, whether you’re using an Outlook client or a phone,” Private.me’s Neivert said. “This makes it easy for IT organizations to switch over. The back end disappears, and it still looks the same for the users.”

“It’s important that Amazon is making it easy for IT and companies to outsource their email to the cloud without a big expense,” Neivert added.

Exchange licensing can be complicated and costly for companies. They pay by the user and for as many as 10 licenses for using Microsoft’s software, he noted.

“Amazon is recognizing that people are used to paying small monthly fees instead of big IT expenditures, which is why WorkMail’s fees are in line with what companies are looking for now,” Neivert said.

With WorkMail, Amazon is taking a stab at dislodging a service that has stubbornly resisted movement to the cloud.

“A lot of organizations have been migrating their services to the cloud,” Neivert explained. “Exchange server has been, for many companies, one of the last servers that remains in-house.”

WorkMail is part of a grand Amazon strategy, remarked Charles King, the principal analyst at Pund-IT.

“Amazon is casting a wide net here, claiming superiority over both traditional messaging and collaboration applications, including Microsoft Exchange, as well as better established cloud-based services like Google Docs,” he told the E-Commerce Times.

“But WorkMail is also part of a larger Amazon strategy of promoting itself for virtually any and every enterprise computing need,” King pointed out. “That’s a smart play commercially, but whether the company can effectively compete against companies like Microsoft and Google, which have deeper product offerings and experience, is far from certain.” 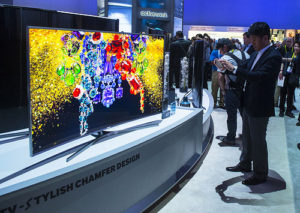