Google won an important legal victory on Friday, when the Second United States Court of Appeals in New York upheld a lower court’s judgment in its years-long battle with the Authors Guild over Google Books.

The case “tests the boundaries of fair use,” Judge Pierre Leval wrote in the appeals court’s ruling.

Google’s unauthorized digitizing of copyright-protected works, creation of search functionality, and displaying of snippets from those works do not constitute infringement, according to the decision.

That is because the purpose of the copying “is highly transformative,” the public display of text is limited, and the snippets “do not provide a significant market substitute for the protected aspects of the originals,” the appeals court ruled.

Transformation Is the Key

Perhaps the key to the case lies in the definition of the word “transformation.”

“Transformative,” in that case, meant altering the original with new expression, meaning or message.

How can outright copying of the entire contents of a book be transformative? Nothing is added or subtracted, and the only change is in the medium. How does that alter the original with new expression, meaning or message?

“There is a difference between transforming the text and copying the text for a transformative purpose,” said Matthew Sag, a professor at the Loyola University ChicagoSchool of Law.

Changing something from print into digital is not “transformative” in the sense that the term is used in fair use case law, he told the E-Commerce Times, but “digitizing millions of library books in order to build a search engine is.”

The search engine “provides information about those books; it does not display substantial parts of those books to users,” Sag continued. “Library digitization for the purpose of creating this kind of metadata is transformative in purpose, because the metadata is the new information, new insight, new meaning etc., that the Supreme Court talked about in Campbell.”

“Google’s Ngrams, for instance, furnish statistical information to users about the frequency of word and phrase usage over time. The case is a vivid illustration of the fact that you can get away with a lot of copying if you also provide a very tangible, socially valuable product in the process,” he told the E-Commerce Times.

The plaintiffs could seek review by the U.S. Supreme Court, or seek rehearing en banc in the Second Circuit, suggested Scott Dodson, a professor of law at UC Hastings.

However, “I doubt the Supreme Court would agree to hear it, because the issues are fact-specific and no clear circuit split exists,” he told the E-Commerce Times. For the same reason, and without a dissenting opinion from the panel, “I doubt the Second Circuit would rehear the case.”

The U.S. Copyright Office has suggested setting up a statutory extended collective licensing system, which would let users license a limited set of out-of-print book rights to full-text display use.

That “is a reasonable proposition, but I agree with the courts that the Google Books project is fair use,” said Josh Schiller, a partner at Boies, Schiller & Flexner.

However, it wouldn’t be in the public’s interest, he told the E-Commerce Times, and it “wouldn’t result in the kind of advancement that we have as a result of Google’s efforts.” 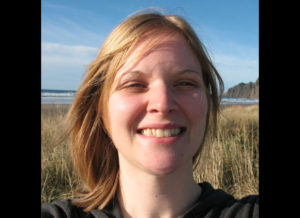