Avaya has introduced its latest iteration of Avaya IP Office — its flagship communications suite for small and medium-sized businesses. The high points of the upgrade are easier-to-use features, greater transparency into coworkers’ presence, and a more intuitive interface.

For starters, Avaya IP Office Release 6.1 can now be installed via a single DVD that runs on the open standards-based Linux operating system and a few communications applications. Formerly, the OS and IP Office applications had to be installed via several sources and multiple DVDs, taking about 75 percent longer to install. 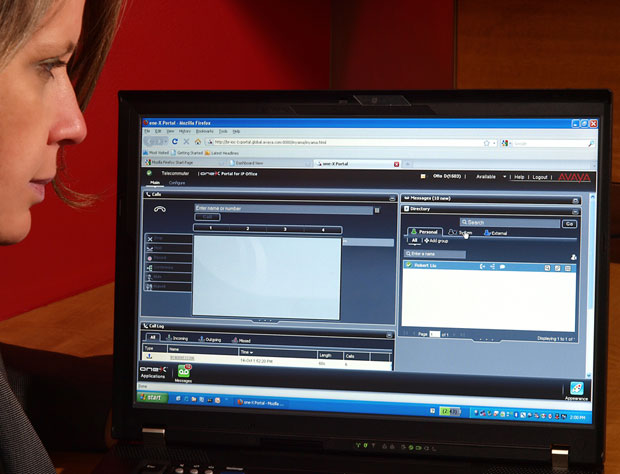 Among other benefits, the portal lets users place gadgets — such as their director or call logs — wherever they want to on their screens.

“In the previous application, everything was locked into place,” Otto told CRM Buyer. “Now I can move these elements around wherever I see fit on my desktop.”

Avaya one-X Portal manages calls, instant messages and emails from one portal. Also new to this version is a stepped up transparency in presence, Otto said. “You can see who is on the phone when you are trying to IM someone — but that person who is on the phone can also see who is trying to chat and can decide whether to take that conversation if it is important.”

A final enhancement is in the portal itself — its skin is far more customizable, with different colors and styles available so businesses can brand apply their own branding.

The application also has enhanced its contact center reporting features.

A user can now gauge the success of a customer campaign using location-based business intelligence that analyzes the calls and then renders them on a geographic map. Essentially, this gives a visual of the volume of customer interactions based on callers’ locations.

Other changes include expanded video operations, with the addition of multipoint HD videoconferencing that can support up to four callers. The new version also supports video integration with certain third-party SIP phones.

The new version of Avaya IP Office also has enhanced administrative functionality, allowing multiple office sites to use one consolidated interface and a single log-in.

This means that administrators can view and manage such communications parameters as user rights or hunt groups in up 32 locations.