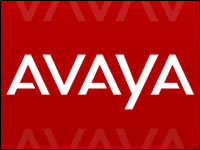 Avaya IP Office joined the BYOD revolution with the release of version 8.1 earlier this year. Now the company is gearing up for more changes, including a forthcoming release that will integrate video functionality into its feature set.

It will continue to expand its functionality around mobility in 2013, said SVP Tom Mitchell, president of Avaya Go to Market.

“We will be investing in the platform and around multiple choices for the customer,” he told CRM Buyer.

A B159 conference phone is being used as a speakerphone with Avaya’s Flare Communicator for iPad.

These changes, particularly in the mobile realm, will build on the upgrade the company issued this summer — a release that ushered in changes that were more significant than a point release would suggest. For example, it included Avaya Flare Communicator, a mobility app previously available only to large enterprises. With 8.1, Flare became available to Avaya IP Office SME users on Apple iPad tablets or Windows-based laptops.

Flare gives mobile access to the collaboration and presence features for which Avaya is well known. Features designed for tablet use include drag-and-drop functionality to place contacts into a spotlight, and the ability to launch instant messages, voice calls or emails by tapping the screen. The Avaya Flare Communicator for Windows offers these capabilities to laptops.

Avaya IP Office 8.1 also allows customers to scale up to 1,000 users in a single location, from its current 384.

The biggest boost is the BYOD functionality, Mitchell said. IP Office now works on the Android and iOS platforms, and “users can see presence and instant messaging, and the location of wherever the person is from a mobile standpoint.”

Other features let a user note the presence of a third party. For example, it could allow the dispatch of a delivery truck near a caller.

“It greatly expands the capabilities of people using IP Office in the field,” Mitchell said.

Avaya will be building on those features in the coming weeks and next year. In the near future, it will announce integration with Radvision, an acquisition it finalized this summer.

Radvision’s unified vision communications platform “is clearly the way the industry is moving — that is, video,” Mitchell said.

For small companies, especially, “broadbased systems are expensive to deploy and operate,” he noted, “while the ability to have anytime, anywhere wireless video is very powerful.”

Avaya will also be enhancing its mobile features for IP Office, Mitchell said, though he declined to provide specifics, other than to say the new features will provide more choices for users.

Avaya Mixes It Up to Give Customers a Seamless Experience