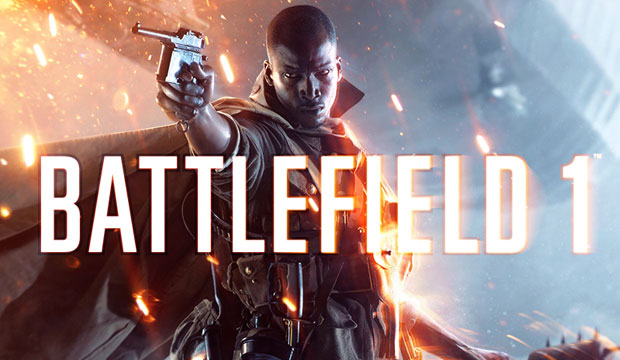 The latest title in the long-running Battlefield series made its debut last week. Instead of another near-future setting with the latest high-tech body armor and assault weapons, DICE and Electronic Arts are putting players in the trenches of the First World War and outfitting them with bolt-action rifles, horses and gas masks.

The series, which launched in 2001 with the World War 2-themedBattlefield 1942, has moved forward in time up to now, with a sequel setduring the Vietnam War and subsequent follow-ups set in the modern dayor even in the future.

The Battlefield series is notable in thatit added controllable vehicles — from tanks to planes and laterhelicopters and even ships — to the mix. Over time, it also introduceddestructible environments to heighten the mayhem.

This time around, with Battlefield 1, players will find themselves on the Western Front. However, there’s also action set in the wider-reaching war, including campaigns in the Italian Alps and even the deserts of Arabia.

Period-authentic weapons, armaments, vehicles and steeds will be controllable by the players, with up to 64 able to engage in multiplayer online battles.

“When we first started building this game, we knew that we wanted to dosomething new — something that allowed us to do more unique gameplayand that felt fresh and varied to the players and ourselves,” saidAleksander Grndal, senior producer at DICE.

“The idea of a World War 1 Battlefield game had been around for manyyears in the studio and something we had wanted to do for a while,” Grndaltold TechNewsWorld. “When we matched up the requirements, it was a perfect fit — the right idea at the right time, essentially.”

Battlefield 1 will launch on Oct. 21, 2016, for Microsoft’s XboxOne and Sony’s PlayStation 4, as well as via EA’s Origin service for the PC.

Not So Static Warfare

The most common perception of the First World War is of statictrench lines — something movies such as All Quieton the Western Front and Paths of Glory helped instill in the popularmythos.

To date few games have sought to replicate thatexperience. Most notable among them is the independently produced first-personshooter Verdun. Now, though, it seems that DICE/EA will attempt to deliver aBattlefield version of that experience.

There’s plenty of scope for a variety of settings and narratives, as World War 1 was fought on three continents.

That said, “when creating a game, we always look for fun over 100 percentauthentic, so in some cases we make take creative liberties for thebetter of the experience,” Grndal said.

“On the other hand, we also want to show that this era was more thanrifles and trench warfare, and that it took place in more interestinglocations — like the deserts of Arabia and the Italian alps and more,”he added. “Our goal is to show as much variety as we possibly can, andalso challenge the preconceptions about what it was. In that, webelieve that we can have the gameplay variety needed and beauthentic as well.”

Early responses from the gaming community have been strong.

“My first reaction was as someone who really liked the recent Novaprogram on excavated trenches in Belgium,” said George T. Chronis,game industry analyst at DFC Intelligence.

Although “it really is impossible tospeculate on potential reception based on so little information,” he told TechNewsWorld, “as I am seeing screens of aerial dogfights, zeppelins and Arab light horses, this may not be the static affair you are expecting.”

However, if EA is smart, it will emulate the way wars were fought during a given period, he told TechNewsWorld.

DICE/EA could “redefine shooters by reimposing technicalconstraints on what weapons can do,” Ward suggested. “This is the aspectof warfare that is vital if they get it right — and if they do, thisgame has the potential to become an ongoing series in its own right.”

When the wave of World War 2-themed shooters came out — Medal of Honor andCall of Duty among others — there already was a lot ofrenewed interest in the tales of the Greatest Generation reflected in moviesand TV shows, such as HBO’s epic miniseries Band of Brothers.

DICE is taking a gamble, as there is hardly that level of publicconsciousness about World War 1, even though this year marks the 100thanniversary of some of the war’s most terrible fighting, including the battles of Verdunand the Somme.

“While movies such as Saving Private Ryan helped spur the success ofWW2 games, they won’t have been the only driver behind the movement,”said Steve Bailey, senior analyst for games at IHS Technology.

“There was also the fact that games hardware was becoming sufficientlyadvanced as to be able to render striking first-person representationsof various battlefields from across the 20th century,” he toldTechNewsWorld.

“As the hardware progressed even further, Battlefield and Call Of Dutywould go on to tackle modern-day or near-future scenarios, makingeverything bigger, busier and more intense,” Bailey noted.

Back to the Trenches and Beyond

Despite the risks inherent in delivering a gameset in World War 1 rather than in the modern day, that choice couldbe a way for the franchise to stand apart from Activision’s Call ofDuty, which has focused heavily on modern times.

Battlefield 1 itself could spur interest in World War 1, just as Battlefield1942 and Medal of Honor helped draw attention to World War 2.

“It does seem that the BF1 debut trailer has been generallywell-received,” observed Bailey.

Of course, it is still a game, and one that needs to be fun — even ifit is set during one of the most horrific and tragic periods of the 20thcentury.

“DICE will take some liberties with Battlefield 1, but the prospect ofthem applying the audiovisual impact of modern gaming platforms toWW1 is actually something that’s interesting to me,” Bailey said.”Perhaps the older machinery and technology — and less intensely urbansettings — will mean that moments of danger feel all the more furiousand convincing.”

If the gamble to set Battlefield 1 in World War 1 pays off, it couldopen the door for a number of expansion packs and sequels, especiallyas the long, drawn-out conflict spread across a much wider geography than the WesternFront.

“I could do a whole game on the German East Africa campaign, and thatis as far away from static as you can get for that war,” suggested Chronis.

However, Battlefield 1 may have to tone down some of the morehorrific historical elements to be an enjoyable game, and the developers willhave to stay politically neutral — something game developersdiscovered when making the Germans playable in World War 2 shootersin the multiplayer mode.

“The problem with WW1 is that there is so much carnage for so littlegain that most storytelling centered on the conflict tends to getpolitical: All Quiet On the Western Front, The Eagle and the Hawk,Grand Illusion, Gallipoli, etc.,” Chronis noted.

“Politics is something EA probably would rather steer clear of,” he said, but although”there is a lot about WW1 that can be shared to help people todaybetter understand what happened and why, I doubt a Battlefield titlewill travel very far down that road, and that’s a shame.”

Avoiding controversy while delivering a solid game will be DICE’sprimary goal, especially as it continues to compete with Call of Duty in the action gaming genre.

“Battlefield is a key shooter franchise and a marquis brand for EA,”said IDC’s Ward. “What’s at stake is the reputation of a franchise that has generated billions of dollars over the years.”