Creating a realistic budget for CRM software can be tricky for even the most seasoned CIO or IT manager. The need to strike a balance between customer satisfactionand ROI is a juggling act that many companies try to manage by using multiple vendors, creating software in-house or throwing more money into the mix.

Although it may be tempting simply to write a bigger check to make CRM problems go away, some analysts posit that it is possible to do more with less — a sentiment likely to comfort any CIO or accounting department.

To get the most bang for its CRM bucks, an organization must have a long-term game plan, a sense of goals and, most of all, the willingness to take a different path if its initial strategy proves too expensive.

Before embarking on a fresh budget plan, it is crucial for a company to know precisely where it stands on CRM spending, what its ROI has been so far, and which options already have been explored.

Aberdeen Group vice president Denis Pombriant told CRM Buyer that many factors must be considered before a budget is inked. One major decision, he noted, involves whether to choose a hosting provider or run the software in-house.

“With hosting, you could save between 80 to 90 percent of the up-front cost of CRM,” he said. “But an organization has to be comfortable with the idea of hosting. If they’re not, then they can run it in-house and find a solution that provides them with a well-priced license.”

Some estimates of what constitutes the “sweet spot” for CRM spending deal withcosts on a per-seat basis. Although those rates are likely to depend on the size of a company, most organizations can expect to budget about US$500 per seat on the low end and up to $1200 per seat on the high end.

Even with approximate price tags to use as estimates, it is difficult to create a budget based on per-seat figures alone, since they do not take into account what that money is going to bring a company, said Sheryl Kingstone, Yankee Group program manager.

“It’s hard to say, generically, what the sweet spot is because it depends on the problem you’re trying to solve,” Kingstone told CRM Buyer. “The way some companies have done it is to put together a strategy for where they want to be in six months, then move on from that point.”

It is tempting for some organizations to try to allocate more money to problem areas in an effort to streamline CRM operations, but doing so is akin to washing only those parts of a face that are dirty. Sooner or later, oily patches will develop in a formerly blemish-free area.

As Kingstone noted, “The trend that a lot of companies are embarking on is to pick one pain point and concentrate on minimizing that. That’s doing a great job in one spot, but it’s myopic thinking.”

Kingstone also recommended that companies avoid budgeting only for a single year; instead, they should develop a plan that takes into account multiple time periods.For example, a company might plot out goals for six months, one year and two years from the start of the budget period.

By looking at both the short and the long term, IT managers will gain a better understanding of how to reach a sweet spot and stay there.

“The problem is that you can potentially waste money by not looking at the bigger picture,” Kingstone said.

After a budget is whipped into shape and new initiatives are implemented, a six-month check-up suggested by Kingstone could shed light on whether the plan has proved to be a boom or a bust.

Signs of an imbalance — either too much or too little being spent — will become apparent by that time.

Pombriant said warning signs of insufficient allocation typically will manifest as lackluster training efforts or a dearth of server capacity. On the other hand, indications of overspending tend to be revealed in software that is unused or extra licenses that are not needed.

“Look at your projected returns,” he said. “If they’re not satisfactory, then you won’t get the ROI that you want, and that’s the primary indication that you’re overspending.”

As many organizations try to stretch their CRM dollars a little further, they are examining precisely what they are getting from vendors, scrutinizing contract clauses about licensing restrictions and even demanding lower rates.

All of these tactics work to boost ROI and help keep vendors from pushing sophisticated applications onto a company that needs only simple solutions.

AMR Research senior analyst Louis Columbus told CRM Buyer that collaborating more closely with vendors during the budget process not only can prevent a company from overspending on something it does not need, but also potentially can streamline the CRM software itself.

“More companies need to become part of their vendors’ client advisory boards,” he said. “These are forums about the strategic directions of the products, and the use of these boards lets organizations become able to impact what gets developed.”

Don’t Be Afraid To Push

If a vendor does not have such a board and a company is a major user of its CRM software, Columbus suggested that an IT manager should push the vendor to create a forum.

“Be aggressive,” he said. “It’s a chance to share with the vendor your thoughts about the strengths and weaknesses of the software, and [to] get engineering out of the back room.”

In a nutshell, a stronger product that is more geared toward an IT manager’s needs translates into better ROI down the road. That is a goal worth fighting for.

Copyright Fight Breaks Out Over Mambo

Mozilla’s Firefox, the Next Big Browser? 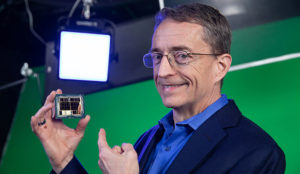 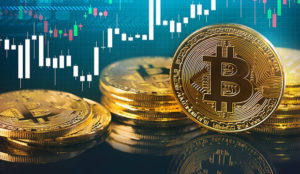