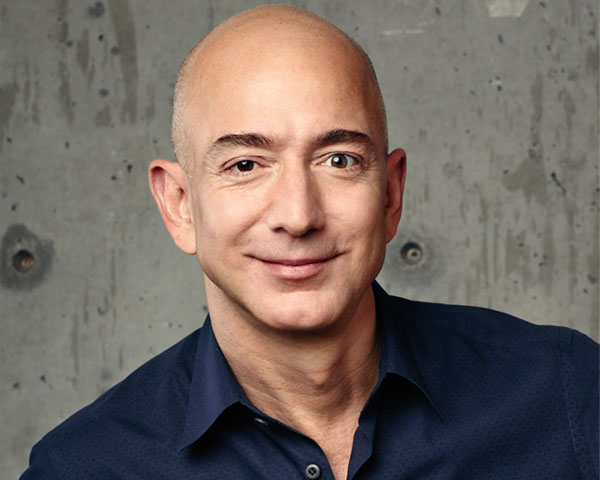 CEO Jeff Bezos on Sunday refuted contentions that Amazon has a draconian workplace culture, which were leveled in a lengthy article published in Saturday’s New York Times.

“The article doesn’t describe the Amazon I know or the caring Amazonians I work with every day,” he wrote.

“Even if it’s rare or isolated,” Bezos added, “our tolerance for any such lack of empathy needs to be zero.”

The Times article painted Amazon as a “soulless, dystopian workplace where no fun is had and no laughter heard,” he noted. “I strongly believe that anyone working in a company that really is like the one described in the NYT would be crazy to stay. I know I would leave such a company.”

Workers were encouraged to tear apart one another’s ideas in meetings, according to the Times piece, which was based on interviews with more than 100 current and former Amazon employees. They were expected to toil long hours and were held to standards the company acknowledged as “unreasonably high.”

Employees were instructed to use an internal phone directory to send secret feedback to each other’s bosses, a practice that frequently was used to sabotage coworkers, according to the report.

Losers left or were fired in annual cullings of workers in a kind of “purposeful Darwinism,” the Times said. Workers faced with personal crises — including suffering from cancer or having had a miscarriage — said they had been evaluated unfairly or edged out rather than given time to recover.

The Dickensian workplace painted by the Times might not be limited to Amazon. It might be a portent of the future, the NYT article suggested. “Amazon is in the vanguard of where technology wants to take the modern office: more nimble and more productive, but harsher and less forgiving.”

Amazon has it defenders, including Nick Ciubotariu, head of infrastructure development at Amazon.com Search Experience, who posted a point-by-point rebuttal of the Times article on LinkedIn.Far from tearing apart each other’s ideas like wolves, he noted, teams “debate politely and respectfully, and you are given constructive feedback to course-correct if you are rude or disrespectful.”

As for the reported annual culling of staff at Amazon, “that’s just not true. No one would be here if that actually took place and it was a thing,” Ciubotariu wrote.

“The Amazon described in this article may have existed in the past. Certainly, I’ve heard others refer to ‘how things used to be,’ but it is definitely not the Amazon of today,” he insisted.

“We work hard, and have fun. We have Nerf wars, almost daily, that often get a bit out of hand. We go out after work. We have ‘Fun Fridays.’ We banter, argue, play video games and Foosball. And we’re vocal about our employee happiness. And that’s encouraged from the Corporate Vice-President I skip to, and the Director I report to,” Ciubotariu said.

In an effort to boost productivity, other companies have used some of the management techniques described in the Times article.

“Amazon has taken some of the performance-driving methods and techniques from lots of different kinds of companies,” noted Laurence E. Stuart, a labor attorney and adjunct professor at Rice University’s Jones Graduate School of Business.

“For example, the rank-and-yank purging of people at the bottom of the list practice is something GE, Exxon, Enron and others have done for years,” he told the E-Commerce Times.

However, some of the practices described in the Times piece have “the potential to create an environment in which there could be violations of employment law,” Stuart pointed out.

There can be both good and bad sides to a company’s culture.

“Amazon has a very strong culture, and a strong culture can be a very good thing,” said Eric H. Kessler, a management professor at Pace University’s Lubin School of Business.

“Strong culture does allow a lot of very good things for success. It gets people on the same page. It defines their mission — and it defines how they get to the mission,” he told the E-Commerce Times.

“However, strong culture also has its downside. Any way of seeing is a way of not seeing. If you’re too cohesive, it can put blinders on you,” Kessler cautioned.

The Amazon described by the Times may be suffering from too much of a good thing.

“I’m not a big proponent of strict working environments, but some of the things Amazon does I am in favor of — like culling, getting rid of people who don’t belong there or who aren’t performing, and pushing people to strive for higher goals,” said Jim McGregor, founder and principal analyst of Tirias Research.

“Those are all good things, but I’ll admit that like any good thing, it can be taken to the extreme,” he told the E-Commerce Times.

If the image of Amazon as a poor place to work sticks, “it could be a disaster for Amazon,” said Eric Schiffer, CEO of ReputationManagementConsultants.com.

“If the story is true, it’s horrendous. It could be a catastrophe for their ability to hire,” he told the E-Commerce Times.

However, there’s reason for skepticism about the Times story, Schiffer suggested. “You can’t perform at the level that Amazon’s performed if the conditions in the article existed. No way. Not a chance.”