IBM on Thursday launched a set of software and consulting services to help fight fraud and financial crime.

The so-called smarter counterfraud initiative draws from more than 500 fraud consulting experts, 290 fraud-related research patents, and the US$24 billion IBM has invested in its Big Data and analytics software and services capabilities over the past nine years.

The software lets organizations aggregate data across multiple internal and external sources, including mobile, social and online, and apply analytics that continuously monitor the data for indicators of fraud. The analytics understand non-obvious relationships and co-occurrences between entities, among other things, leveraging IBM’s work in artificial intelligence.

“The problem we’re addressing is in many ways looked at from singular dimensions within the enterprise,” Bob Griffin, vice president, IBM Counter Fraud Solutions, told the E-Commerce Times.

“People look, for example, at cyber as one area and transactional issues as another, and identity as another — and historically, many of those silos didn’t communicate with others,” Griffin explained. “Sometimes when you see events in one silo they may be misrepresentations that distract you while the real attack comes from elsewhere.”

The distributed denial of service, or DDoS, attacks launched against banks are a good example. IT focused on battling the DDoS attacks while the fraud was “coming in through the back door and picking your pocket,” Griffin said.

“Everybody collects information in the enterprise space,” Mike Jude, a program manager at Frost & Sullivan, told the E-Commerce Times. “The secret sauce IBM is offering is the analytics.”

Big Blue also will offer a portfolio of customizable assets that use analytics to discover fraud, waste, abuse and errors in data-intensive industries and functions, focusing on medical, insurance claim, public tax and occupational fraud. These will be available in the cloud, enabled by IBM SoftLayer.

Everything Old Is New Again

The idea of using Big Data analytics has been around for awhile.

The Aberdeen Group discussed this in a 2012 report.

Hortonworks and Pactera held a webinar on how Big Data is revolutionizing fraud detection in financial services last fall.

The United States Postal Service has been using Big Data to fight fraud for years, relying on an architecture it began building in 2006 that processes data on about 530 million pieces of mail daily.

As of 2011, the typical organization was losing 5 percent of its revenue to fraud annually, according to the Association of Certified Fraud Examiners.

The problem is not that we don’t have enough data, but that we have too much and can’t focus on the critical information in a timely fashion, Frank Dickson, industry principal for network security at Frost & Sullivan, told the E-Commerce Times.

“Target was alerted there was a problem two weeks before they were breached but they didn’t do anything because they had too much information,” Dickson pointed out. “We don’t need more alerts, we need to be actionable.” 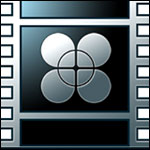 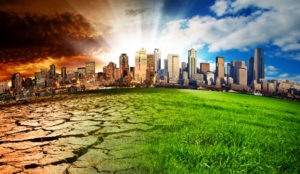