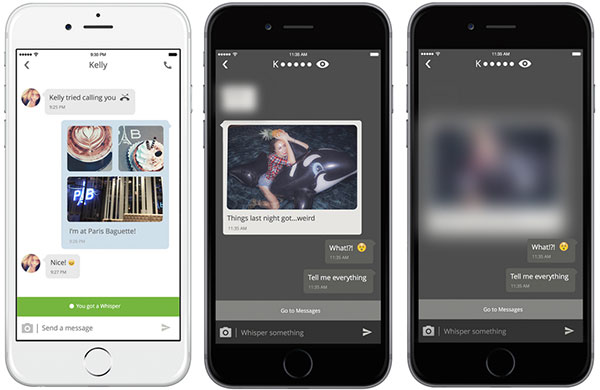 BitTorrent’s Bleep, a secure peer-to-peer messaging service, last month reached the end of its third trimester in alpha testing, and an official version became available for iOS, Android, OS X and PC. The official release is the first to reach iOS.

Although BitTorrent appeared to forego a beta testing period for Bleep, the company has been creating separate alpha and beta tracks, according to Farid Fadaie, senior director of product development at BitTorrent.

BitTorrent will call in testers for both tracks, he said.

A lot has changed since Bleep’s pre-alpha period, which began last July, and its alpha testing period, which started in September.

“We have improved the stability of Bleep core, and implemented iOS-specific features like supporting backgrounding, Fadaie told TechNewsWorld. “We have also optimized the user experience based on user feedback, and introduced Whisper.”

Is This Line Secure?

All that’s needed to start using Bleep is a nickname. The service generates encryption keys that enable users to connect with one another, but Bleep doesn’t require any personal details.

“It’s the easiest and most private messaging experience on the market,” said Fadaie. “You don’t need to create an account, but you will get all of its benefits.”

Like Snapchat’s ephemeral messaging system, Bleep’s Whisper messages live for just 25 seconds after they’ve been viewed. The messages aren’t transmitted until their recipients come online, which helps prevent other players from intercepting them.

Whisper messages take privacy a step beyond the protections of the standard ephemeral format by disassociating usernames from content.

Along with peer-to-peer messaging, Bleep includes a free calling service for Bleep-to-Bleep voice calls. Like its messaging service, Bleep calls are encrypted end-to-end, and cloud servers are absent along those connections.

Independence from the cloud “ensures users that their data will not leak accidentally or maliciously, and SnapChat/iCloud incidents won’t happen with Bleep,” Fadaie said. “There is no need to choose between privacy and convenience.”

In a world in which terrorists leverage Web-based technologies better than many policymakers and people who are generally warm offline spit vitriol online, there’s always concern about anonymous messaging software.

However, anonymous communications have been a part of the Internet since the beginning, and one could argue that Bleep merely carries on that tradition, said Charles King, principal analyst at Pund-IT.

“At the same time, there have been high-profile situations, like Gamergate, where individuals have been threatened and harassed by people who cloaked their identities to avoid legal action,” he told TechNewsWorld. “If Bleep is used similarly, BitTorrent could be impacted and possibly damaged as a result.”

Love it or hate it, anonymous messaging is here for the foreseeable future, according to King. However, the popularity of such software actually could hurt Bleep’s chances for success, he suggested.

“Whether Bleep will make the cut is hard to determine, given the general saturation I see in the messaging space,” said King, “but BitTorrent seems to be intent on becoming a serious player in this space.”