Following Edward Snowden’s revelations about indiscriminate government snooping on U.S. citizens, many Net surfers would like to find a way to lower their visibility on the Internet. There are a number of tools in cyberspace that can help a soul do that, but they can take time and savvy to set up. That’s why Kerry Cox launched the Sierra Project.

The project, which he hopes to fund through Kickstarter, aims to provide consumers with a way to anonymously wander the Net, as well as encrypt all their network traffic.

Designed to be a plug-and-play device, the Sierra unit sits between you and the Internet and obscures your identity. In its promotional material, the project explains that most cyberattacks are directed at where you access the Net, or your IP address. When you enter the Net through the Sierra device, your traffic is sent to the project’s servers. That way only the Project Sierra server IP is visible to the world.

The proxy system protects your data from being vulnerable to traffic analysis, which allows hackers and other third parties to access information about your location, spending habits and behavior.

“The days of just being able to use a firewall are over with, because the firewall doesn’t protect traffic going out,” Cox told TechNewsWorld. “At the very least, you have to have your IP address masked.”

While there are software solutions that promise to protect Web surfing from snoops, they fall short of what the Sierra project can do, Cox maintained.

“Software solutions only encrypt Web traffic,” he explained. “I’m not trying to encrypt just Web traffic. I’m trying to protect all traffic on a home network.”

That includes multiple devices. Cox has operated as many as 13 devices through his Sierra device, he said.

“Software solutions can give you a false sense of security because you’re encrypting your traffic on your browser, but you’re not protecting your network from attack,” he pointed out.

Cox’s hardware solution, though, is not without problems. For example, the Sierra servers are geographically distributed. If your Sierra device, due to traffic demands, routes your traffic to Germany and you live in California, you could experience performance issues.

In addition, since you’re hiding your identity, you’ll be forced to login to websites that ordinarily would welcome you with open arms.

Nevertheless, many of those snags can be worked out before the device is finalized, Cox said. “They aren’t showstoppers.”

Snapchat made its reputation on being able to share photos for short periods of time. It found picture sharers loved the Mission: Impossible effect of self-destructing images in a short period of time.

Of course, the blush rubbed off the app when it was discovered the photos could be preserved with a simple screen capture. ContentGuard, though, thinks it has an answer to the screenshot problem. It’s an iPhone app called “Yovo.”

The free app is similar to other ephemeral photo programs. You take a shot, maybe add some text to it, send it to a friend, they display it, and it self-destructs.

“We felt there was a gap between completely closed and completely open and live forever, and that became the genesis of Yovo,” ContentGuard Chief Product Officer Scott Richardson told TechNewsWorld. “The question we were trying to answer was can a privacy app also be social.”

To preserve privacy, the screen capture problem would have to be addressed. To do that, the company invented D-Fence. The filter recreates the optical effect of looking through a slatted fence while traveling parallel to it very fast.

To your eye, you appear to be seeing an unfiltered image, but in fact, the image is appearing between virtual “slats” so if you try to perform a screen capture, you’ll get more slat than photo. 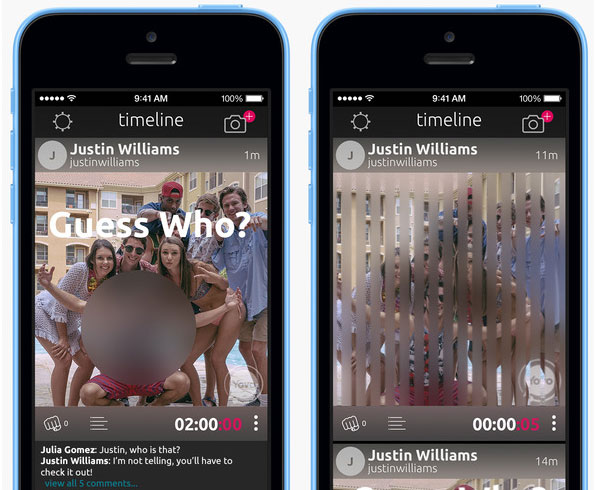 Yovo also lets you share images outside the app. The images are blurred, though, so if someone wants to see a pristine version of a photo, they have to install the app on their phone. “It helps us in on-boarding users,” Richardson explained.

Solid state drives have many benefits. They’re fast. They don’t have any moving parts to break. They don’t crash. They have a big drawback, too. It’s difficult to scrub data from them.

That’s why SecureDrives has introduced its Autothysis line of solid-state drives. The 128-GB drives have GSM built into them so they can be destroyed via SMS message.

And when SecureDrives says destroyed, it means destroyed.

“We physically break it into pieces,” SecureDrives CEO James Little told TechNewsWorld. “That’s the uniqueness of this drive. It has the same effect as taking a hammer to it.”

The drives, which sell for US$1,563 and $1,660, are aimed primarily at intelligence agencies and the military.

“We are also getting interest from corporates and high net-worth individuals,” Little said, “people that want to destroy a drive on demand.”