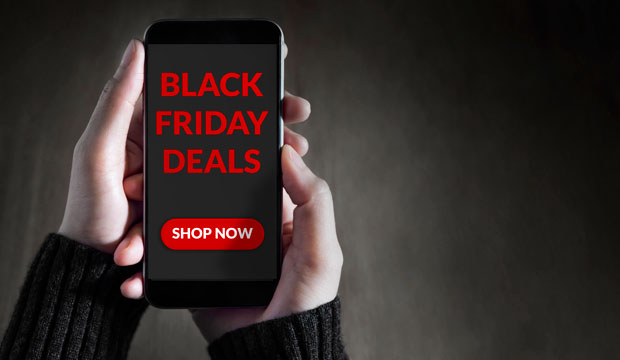 Although retailers are slating some outstanding deals for Black Friday, the shine of the once-feverish shopping day has diminished, as product discounts have started to appear earlier and earlier in the holiday season.

Discounts formerly found exclusively on Black Friday — and on its online equivalent, Cyber Monday — gradually have migrated to earlier in the fall.

“The trend now is to capture as much money as possible before Amazon gobbles it all up,” he told the E-Commerce Times.

Black Friday starts as early as October for some retailers, noted Natalie Malaszenko, senior vice president for digital business at Office Depot, which has its headquarters in Boca Raton, Florida.

“At the end of October, a lot of retailers will go out and talk about their differentiator — free shipping, the ability to pick up in stores in one hour, or price-matching,” she told the E-Commerce Times.

“Most retailers put out their Black Friday inserts out early to help shoppers determine where to go,” she added. “The whole month of November becomes some form of Black Friday pricing.”

Some of the biggest Black Friday inserts have been released by Best Buy (52 pages), Walmart (32 pages) and Target (47 pages).

Gaming consoles are another popular item during the holidays. Target is offering a Black Friday deal on the popular Xbox One S 1TB Minecraft Bundle. The bundle is $199, and Target will throw in a $20 gift card. That’s a good deal, but not as good as Kohl’s, which meets Target’s price and throws in a $60 gift card.

In the under-$500 range, Staples is selling an HP Pavilion model with a 15.6-inch display, Intel Core i7 processor, 24 GB of RAM and 1TB hard drive for $499. Meanwhile, Costco is selling Dell’s slick XPS touchscreen laptop at a $500 discount.

Costco also is offering sizable discounts on a four-person spa ($1,000 off) and an InstaView refrigerator ($1,300 off).

Another item that promises to be hot on Black Friday is the Google Home Hub, which is designed to tame the smart gadgets proliferating in many homes. Target, Best Buy and Walmart all are selling the hub for $99, but Best Buy is tossing in $10 in Best Buy Rewards, and Walmart is adding a $10 VUDU credit and six months of free YouTube Premium.

Store hours on Black Friday will be a mixed bag. Some stores will be closed on Thanksgiving. Others will open for a few hours, then close and reopen on Friday.

Walmart, Target and Best Buy all will open on Thanksgiving — Walmart at 6 p.m.; Best Buy and Target at 5 p.m.

Black Friday used to be the event that set off holiday shopping, but that’s not the case anymore, noted Ryan Fisher, a partner with A.T. Kearney, a global managing consulting firm with headquarters in Chicago.

Twenty percent of shoppers will spend more before Thanksgiving than last year, he predicted, citing a recent survey conducted by his firm.

“Black Friday and Cyber Monday are not the big milestones they were for retailers any longer,” Fisher told the E-Commerce Times. “They’re used as measurements to talk about holiday spending, but the holiday season is starting earlier and earlier.”

“More and more, those lines are blurred,” Fisher said. “Retailers are looking at their holiday season as encompassing all channels. It’s more about how to fulfill a customer’s needs, no matter where they buy.”

November and December retail sales are forecast to be 4.3 percent to 4.8 percent higher than 2017, reaching $717.45 billion to $720.89 billion, according to the National Retail Federation. A substantial amount of those sales will be e-commerce transactions.

E-commerce keeps growing as a percentage of total retail sales, noted Chris Perry, vice president for global executive education at Edge by Ascential, a data, insights and advisory service for brand manufacturers and retailers, based in London.

Early discounts are “starting to dilute the power of Black Friday,” Perry told the E-Commerce Times.

“I think you’re going to see more and more of a play with a deal that’s a really great value and at the same time offer a chance to do something great for others,” Perry said, “such as contributing to a charity.”