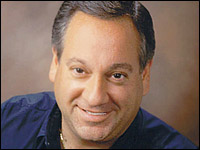 All I wanted to do was save a little money. Is that too much to ask? We have been hearing about the holiday shopping season for months. Bargains galore are finally here. So I decided to try something I never tried before. I went to check out the Black Friday sales at the local stores the morning after Thanksgiving. Yes, before sunrise. Actually in the middle of the night. Someone should have braced me for what I experienced. This was a raw, shop-a-holic, food-fighting frenzy.

The same friendly and civilized stores I normally shop in changed. All of a sudden, it felt like a science fiction movie where all the normal shoppers were transformed into unrecognizable shopping beasts. Tearing each other apart to get their hands on that iThing or big-screen whatever. Would I survive? Bigger question, would I get the deal I was searching for?

This was my first early morning shopping spree. I wasn’t sure what to expect, but I was licking my chops. I hung my credit cards on my belt in case I needed to put my hands on them quickly in some kind of a shopping quick-draw. I headed out into the night shopping jungle. And, yes, it was a jungle.

Too Curious for My Own Good

The normally quiet Office Depot, Staples and OfficeMax were all lit up and jammed.

Fighting my way past the GPS aisle, which was busy — and the printer case, which was even busier — to the laptop display, I looked but could not find the device they sent me an email about, offering it at a ridiculously low price. I was told it was not on display. Oh great, I thought. Wasted all this effort.

Instead, they gave me a voucher and told me to pay for it at the register and they would get it for me. I smiled and thought even though the stores were full of crazed shoppers, this should be easy. I went to the normally quiet and quick registers only to find something my mind couldn’t quickly process. A line. Not a regular line either. An obscenely long line.

I waited for almost an hour in that ridiculously long line just to buy the stupid laptop and save a couple hundred dollars. By the time I paid, the laptops were gone, but I had my voucher. Good thing. Got there just in time. They did have Starbucks coffee and Dunkin’ Donuts at the door to help take the edge off the craziness inside. Didn’t work, but it tasted great. Sustenance for what was to come next.

OK I have the laptop. The smart me would say run home as quickly as possible and take a hammer and nails and board up the windows and doors for protection. But the curious me stayed out and explored.

I found Best Buy an absolute zoo. The sun still wasn’t up yet, but there were so many people I don’t think I could have even found the items I was looking for. The flat screen TV’s were all there like before, but the level of energy was bursting and there was not enough help for all the shoppers. Not their fault, they probably had every employee working that morning. I eventually left empty handed and in utter amazement.

Could you imagine if this was how shopping really was in America every day? Fortunately, it’s only one morning every year.

The same craziness was at Target and Walmart near my home. They were bursting at the seams. The line was wrapped around the store before the doors opened. These are giant stores. Do you have any idea how many people that meant? Per store. I decided it was just too crazy to buy a flat screen TV, so I decided just to drive home. Some day I would get one, but not today.

Later in the morning, I drove around to find other stores jammed — like AT&T Mobility, Verizon Wireless and Sprint Nextel. Customers were mostly interested in the smartphones, but there were still many interested in regular handsets, surprisingly. I guess many people have put off upgrading and see the holidays as a great opportunity.

The parking lots were overloaded. The streets were busy, like rush hour. There were people everywhere you looked. It was like a Steven Spielberg sci-fi movie, and it was only 6 a.m. What would the rest of the morning be like? It was crazy until around Noon, when the prices quickly and magically went back to normal. Phew. Society was instantly under control.

I remember an old “Star Trek” episode where the townfolk on some planet went wild until a certain hour — then they suddenly went back to their normal, controlled selves. That was exactly what this Black Friday was like. It was a very strange place to be.

Every year, it keeps getting crazier and crazier. However something else may be starting to control the craziness.

Cyber Monday comes a few days after Black Friday. It is a more civilized way to grab those special deals.

There are benefits to Cyber Monday. First, you wake up whenever you want, sit in front of your fireplace in your pajamas with a steaming cup of coffee and your laptop on the couch under your warm blanket. Then just log on and shop. No lines, no traffic jams, no getting to stores only to find out they have sold out of the thing you went for. Instead, this is a ridiculously civilized way to shop.

I logged on and bought some gifts — like GPS and other tech toys. It was so easy. Amazon and all the other big name Internet stores, along with all the dot-com divisions of all the retail stores, like Barnes & Noble, are all there waiting for you to log on and shop.

A few clicks later and you are done. OK, it takes a little longer than that, but it is much quicker than going out. After you make your purchase, you simply wait for what you bought to be delivered to your front door in a few days. Even the shipping fees of many stores have been waived.

This is like two completely different ways of accomplishing the same things. Which sounds better? What will the shopping experience turn into a few years from now?

This year, Black Friday was the largest ever, but that is actually not that big a deal. It was only 0.3 percent bigger than last year. The year before it grew also, but only 0.5 percent.

This year, Cyber Monday is growing faster than ever at around 20 percent. What is next? Will Cyber Monday be expanded to Cyber Week or Cyber Month? Why squeeze all the excitement into one day?

The way things are now going, with expanding the holiday shopping season from Halloween to Christmas and skipping right over Thanksgiving, I would guess we will see these savings days expand and change over the next few years so the stores can cash in on this opportunity.

In fact, in a few years they may start the holiday shopping season right after Back to School — around September 1. Don’t think I am kidding — I am serious.

During Cyber Monday this year, 107 million people were expected to shop, 88 percent of stores had specials and it’s expected to be a US$32 billion dollar day. Not too shabby.

Ten years ago, this was all new. We shopped online, but we bought in person. That has been changing. Now we shop and buy online and in person. It’s all getting mixed up.

There was a nice surprise. My mother took us out to dinner the other night to get us out of the house, and when we came back, the kids had set up a new flat-screen TV they all bought us. After thanking them all, I was suddenly very happy that my pre-dawn big-screen-TV shopping expedition flopped.

Verizon Wireless will launch its next-generation 4G LTE service on December 5 at more than 60 airports and 38 markets. If you will be in Vegas next month for the Consumer Electronics Show, you can take a look.

The good news is it’s available in all these markets initially. The bad news is the signal won’t be all over town yet. When carriers start, the signal is just in the center of town and then expands over the next year or two.

Verizon Wireless plans a rapid rollout, so it should be everywhere within the next couple of years. You have to buy a new thingamajig to stick into your laptop to connect to 4G. If there is no 4G signal where you are, it will revert to 3G.

They say it is 10 times faster than 3G. They also say it is faster than Sprint’s Clearwire 4G and T-Mobile’s 4G. That raises another question: Is there an official speed for all this 4G talk? Or is it mostly a marketing term meaning “faster,” and that’s it?

I think the carriers get themselves all in a tizzy about these details and the average customers really don’t care. Call it “4G” and they are happy.

Bottom line: Verizon Wireless has always offered a good quality service and a fair price. This is the direction the entire industry is heading in. We should be as excited about this as when the networks upgraded from 2G to 2.5G — then to 3G. It’s the next natural step.

This means more data and faster. So you can watch TV on your phone and get a better picture. Things like that. It will matter more over the next couple years than it does today.

Ringing In a Scam-Free Cyber Monday