BlackBerry Bucks Up Its Loyal Base With Classic Comeback 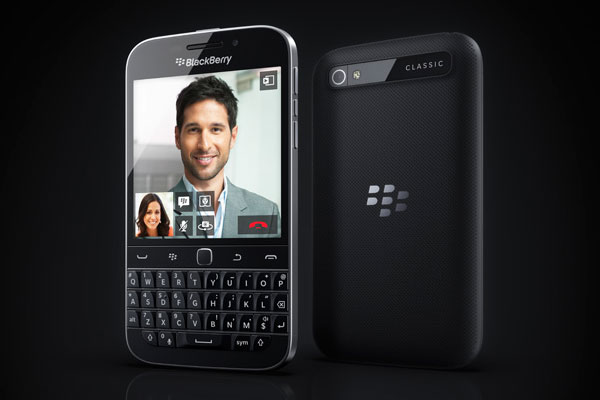 BlackBerry on Wednesday unveiled the BlackBerry Classic, a handset with a full QWERTY physical keyboard, physical navigation keys, and a design that can be best described as “retro,” in that its appearance is virtually identical to the BlackBerry Bold.

The Classic, which is smaller than the company’s recently launched Passport smartphone, targets users who still long for the traditional BlackBerry handset that dominated the smartphone market before the arrival of the iPhone andAndroid devices.

The name perhaps says it best. The Classic is very much a traditional BlackBerry device in design. It features a square 720 x 720 pixel, 3.5-inch touchscreen above the keyboard and navigation buttons. The display is considerably smaller than those of typical full touchscreen devices. It is also smaller than the 4.5-inch screen of the productivity-oriented Passport.

The Classic isn’t exactly cutting-edge on the inside either. It is powered by a dual-core Qualcomm processor and features 2 GB of RAM. It has 8-megapixel rear-facing and 2-megapixel front-facing cameras.

“With this device, BlackBerry has gone back to the basics and returned the design features that users had liked,” said Ian Fogg, senior director, mobile and telecoms, at IHS Technology.

“This essentially reverses the focus that the company had undertaken in 2013 under the previous CEO and focuses on devices with physical keyboards, which BlackBerry had moved away from last year,” he told the E-Commerce Times.

While the Classic looks virtually indistinguishable from the Bold, it does run on the newer BlackBerry 10 operating system, and it features productivity tools that include the Hub, Assistant and Blend. The Classic also can run Android apps, so it isn’t a totally retro device.

BlackBerry debuted the Classic at an event in New York’s financial district, suggesting that it could be catering to a business-centric crowd that might be drawn to BlackBerry’s vaunted security.

“BlackBerry will aim this device at its loyal customers. Its primary focus is with consumers and business users who like BlackBerry,” said Fogg.

“What is striking about BlackBerry under CEO John Chen is that the company is focusing on a device that will help retain customers,” he added. “The device offers a compelling form factor that can appeal to those traditional BlackBerry customers.”

Back to the Future

BlackBerry is taking a gamble with this nod to “everything old is new again.” It could go over like a lead balloon. On the other hand, the BlackBerry Classic could be the company’s equivalent of Coca-Cola Classic, which rose from the ashes of the despised New Coke. Like the beverage, it could prove that you shouldn’t mess with a good thing, and that loyal customers will in fact remain loyal to what they like.

“Releasing a BlackBerry Classic is a great idea from a product management point of view,” said Steve Blum, founder and principal analyst at Tellus Venture Associates.

“People like the form factor,” he told the E-Commerce Times. “It offers unique functionality — you operate a physical keyboard differently than a virtual one, and some people clearly prefer it.”

When considering product success, one must question whether it is due to the designers offering consumers genuinely new functionality or a better way to meet a preexisting need.

“The original Blackberry design still does what it was originally intended to do better than anything else — at least for some people,” Blum suggested. It provides access to “messages, phone calls and contact and calendar info, accessible via a keyboard many find comfortable.”

However, the functionality that BlackBerry offers — and much more — can be found on other devices. With that in mind, BlackBerry may be attempting to recapture its glory days without offering enough that is actually compelling to core users.

“BlackBerry will not get ahead by going backwards, the same way a car designed 20 years ago will not do well today,” said Roger Entner, principal analyst at Recon Analytics.

“The past is past, and no matter how much we want to reconnect to the past, we live today and in the future,” he told the E-Commerce Times.

“BlackBerry’s Classic devices were rejected by mainstream consumers in the past — why would they embrace them now?” Entner pondered.

“People want bells and whistles, they want a large screen, they want touchscreen,” he maintained. “For most people it is the better solution, because they do more than type these days.”

BlackBerry always has offered devices that appeal to IT departments. The new Classic thus could have a place in the enterprise, if it should strike a chord with both IT managers and users.

“To win with enterprise, you need to show IT that you have the security, but also have to keep users happy,” said Fogg. “It is that bit that the company is hoping to achieve with BlackBerry Classic.”

While the company has seen its market share slide in recent years, Chen’s strategy could be to carve out a niche with a seemingly old school device.

“The Classic Blackberry design is here to stay, just like the flip phone,” observed Blum.

“It’s a convenient — small, rugged and long battery life — way of packaging a limited set of important functions,” he said. “Few people will make it their first choice, but many will love it as their second phone — the company phone they carry for their job, or the one they stuff in a pocket on the weekend.” 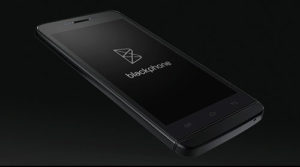