Bold’s Audacious Price May Repel All but True BlackBerry Believers 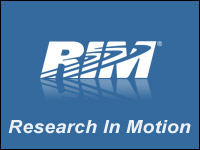 T-Mobile isn’t letting all the other wireless providers have all the fun with the new BlackBerry devices rolling out this month . On Wednesday, the company announced it’ll provide Research In Motion’s BlackBerry Bold 9900 for a cool US$299.99 — after a $50 mail-in rebate and a two-year contract agreement.

Verizon and Sprint offer the BlackBerry 9930, the same phone except that it runs on 3G wireless networks. The 9900 runs on faster 4G networks, and it’s the first of T-Mobile’s RIM products to do so. It will go for $50 more than the 9930.

The smartphone uses the new BlackBerry 7 operating system and is designed to appeal to users whether they prefer a physical QWERTY keypad or a touchscreen.

Must Have Fat Pockets

Early reviews indicate the 9900 is a solid smartphone choice, especially for longtime Blackberry users looking to upgrade. But what’s throwing some observers off is the price. At $300 after a two-year commitment and rebate, the Bold 9900 demands a premium-level price, on level with the most expensive Apple iPhone on the market and much pricier than other above-average smartphone offerings on platforms such as Android.

Apple’s tech teams and marketing mavens have positioned the iPhone as a premium handset for several years, and other phones arrive in the market every month with advanced hardware and software. RIM, however, has struggled in recent years with critical hardware reviews and diminished market share.

“This strategy does not suggest they’re going to use price as a competitive weapon. I think what we’re looking at here is a very wide launch with lots of operators and a focus on upgrading the people that are really committed to BlackBerrys,” Matt Robison, analyst at Wunderlich Securities, told the E-Commerce Times.

That core group may not be as vocal as the iPhone consumer base, but it’s significant enough to move a decent amount of handsets.

Many of these diehard BlackBerry fans will be looking at this product, he said, “and RIM is going to try to skim that part of the market early on. It’s going to be a combination of RIM and how hard the carriers push this.”

T-Mobile will presumably market to those loyal users first before hoping to expand to the masses.

“I would think they may not be going after a market share or grab. They’re going to maximize the value of sustaining their installed base, so a light distribution and initial high prices,” said Robison.

Much of that base is overseas and in emerging markets.

For RIM to see a profit lift, though, prices will need to be high abroad as well, though that doesn’t seem to be happening everywhere. Vodafone, for example, is offering the 9900 for free.

Outside longtime BlackBerry users, the 9900 will need to do something to separate itself from the crowd, merit a premium price, and show it can hold up against cheaper yet reliable brands.

Dedicated users have grown accustomed to the secure e-mail and low bandwidth footprint of the BlackBerry, but that may not be enough for consumers to make a switch with so many other viable products elbowing for notice — at much lower prices — in the crowded mobile device space.

“They’ll sell some decent volume at these levels, but I wouldn’t be surprised to see those prices come down from the initial launch,” said McKechnie.

The UK Riots, RIM and the Price of Privacy

Google and Microsoft Take It Outside