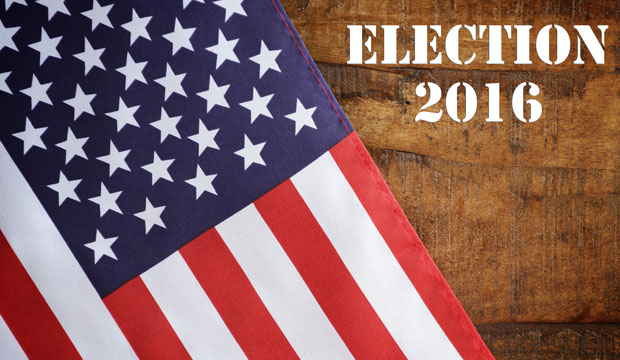 Internet bots have many useful online purposes, but they have a dark side, too, as three researchers demonstrated in their analysis of Twitter traffic during the first presidential debate between Hillary Clinton and Donald Trump.

Bots are used to automate functions on the Net. For example, if you belong to several social networks, you could use a bot to post a photo to all of them at once, saving the time of logging onto each network and posting the pic individually.

What the researchers found was that bots also can be used to amplify support on Twitter.

The researchers tracked how automated accounts were tweeting messages with hashtags associated with the candidates. For example, #makeamericagreatagain or #draintheswamp for Trump; #imwithher for Clinton. They found that one-third of all tweets using pro-Trump hashtags were created by bots and one-fifth of all Clinton hashtags were generated by automated accounts.

“They act as a prosthesis for small groups of people to affect conversation on social media,” said Samuel Woolley, director of research at Political Bots, a project to assess the effect of automated advocacy on public life. Woolley coauthored the report on debate bots with Bence Kollanyi of Corvinus University and Philip N. Howard of Oxford University

The effect of that prosthesis can be multiplied by news media.

“A lot of conversations on social media, especially those followed by journalists, are about what’s trending and what candidate has a lot of support online,” Woolley told TechNewsWorld, “but what we found was that a lot of traffic surrounding Donald Trump and Hillary Clinton is actually manufactured.”

The researchers do not know who is behind the bots, but the practice isn’t new.

“We know that in the past, Republican and Democratic candidates in the United States have been connected to either social media management or content management firms or ‘astroturf’ activists that have built bots for the candidates,” Woolley said.

Such bots were used in the 2008 special election to fill Ted Kennedy’s Massachuetts Senate seat in 2008, according to a 2010 study by two researchers at Wellesley College, Panagiotis Takis Metaxas and Eni Mustafaraj.

A conservative group in Iowa, the American Future Fund, set up nine Twitter accounts that sent 929 tweets and reached more than 60,000 people with messages accusing the Democratic candidate in the race, Martha Coakley, of being anti-Catholic, the researchers found.

Nation-states aren’t above using such tactics either.

“Political actors and governments worldwide have begun using bots to manipulate public opinion, choke off debate, and muddy political issues. Political bots tend to be developed and deployed in sensitive political moments when public opinion is polarized,” Woolley and his colleagues wrote in their report.

“We know for a fact that Russia, as a state, has sponsored the use of bots for attacking transnational targets,” Wooley pointed out.

“Other governments do it, too. We’ve had cases in Mexico, Turkey, South Korea and Australia,” he added. “The problem is that a lot of people don’t know bots exist, and that trends on social media or even online polls can be gamed by bots very easily.”

“The proportion of bots to humans on the Internet is about 50-50,” said Tim Matthews, vice president of marketing at Imperva.

“Any task that is repetitive or mundane or can be simply automated is a likely candidate for a bot to take over,” he told TechNewsWorld, “so it’s not surprising to see more and more bots being used in social media for that reason.”

Bots have many good uses. For example, Web spiders are bots used by search engines to keep their indexes current. However, in a political context, they can have undesirable effects.

That said, “there has to be some kind of regulation of this — whether by the platforms themselves or government or advertisers,” he added. “At the moment, there’s a lot of fake political speech online, and it can definitely affect the way that people perceive politics and democracy.”

Tech support scammers raked in US$1.5 billion in 2015, based on Microsoft’s estimates, and the problem is getting worse, suggests a recent report from Malwarebytes.

Once carried out by telemarketers making cold calls, these scams now operate through tech support lines listed on websites, or they use pop-ups to get victims to call, the report notes. Instead of receiving help, users find their computers held for ransom.

These tech support scams aren’t easy to spot, the report notes. Their tactics have become so advanced that almost anyone could fall for their tricks.

Further, getting on a tech support scammer’s call list can be a descent into cold call hell for a consumer.

“It got so bad, I canceled my landline,” said Jean-Philippe Taggart, a senior security researcher with Malwarebytes Labs.

“I wasn’t getting any more phone calls except those from people pretending to be from Microsoft telling me that my computer was infected,” he told TechNewsWorld.

From Cold Calls to Ransomware

When consumers began hanging up on the scammers’ cold callers, they changed their tactics. “They moved to targeted advertising that masquerades as error messages,” Taggart explained.

When consumers browsed certain websites, a pop-up ad resembling an error message appeared on the screen with instructions for calling “support.” Once contact was established, the scammers used social engineering to wring money from the consumers.

Now some tech support scammers have gone beyond pop-ups.

They’ll buy a spot in a software bundle to have their software installed with legitimate offerings in the package.

“The software will lock up your computer, so the victims are no longer people who lack computer savvy,” Taggart explained. “If you get one of these attacks as a vector, you’re stuck. You can’t use your computer until you call fictitious tech support.”