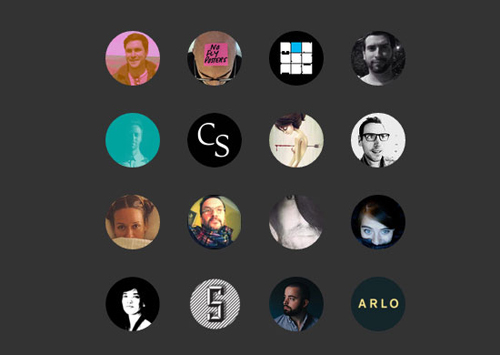 Facebook may have garnered 1.3 billion users since its inception a decade or so ago, but today there’s an upstart contender that has set its sights on much of that same social networking world.

“Simple, beautiful and ad-free” is Ello’s tagline, and the new social network is gaining considerable attention. Though it’s still in invitation-only beta, it was reportedly gaining more than 30,000 new users per hour as of late last week.

“Your social network is owned by advertisers,” reads Ello’s manifesto. “Every post you share, every friend you make and every link you follow is tracked, recorded and converted into data. Advertisers buy your data so they can show you more ads. You are the product that’s bought and sold.”

Aiming to offer an alternative, the site says it believes “that the people who make things and the people who use them should be in partnership. We believe a social network can be a tool for empowerment. Not a tool to deceive, coerce and manipulate — but a place to connect, create and celebrate life.”

Ello, on the other hand, “is a social network — that’s all we do,” Fukaya said.

As for monetization, “Ello is still a business — sort of like the app store, the main features of Ello will always be free,” she explained.

To keep the site afloat, “for a very small amount of money we are going to sell special features that certain users may want to add to their account,” Fukaya said. “We have thousands of people writing in requesting features they would be willing to pay for.”

In the big picture, “we’re proving that there’s a different way to make money than selling ads, and can save the Internet from becoming one giant billboard,” Ello’s Fukaya concluded. “There’s a better way, and we’re building it.”

Ello reportedly endured a distributed denial of service (DDoS) attack early this week and lived to tell the tale.

Looking ahead, does it stand a chance? That appears to be a matter of opinion.

Roughly half of the social networking audience would consider a new general social network if their friends were on it, Sterling asserted.

“Nobody wants to be the first at a party or eat in an empty restaurant,” he explained. “If Ello can continue to build momentum, it may well gain more mainstream adoption over time.”

The lack of data mining and ads “will definitely be a factor for some people — up to 20 percent, say — but the most important variable will be whether friends and others of significance have adopted the platform,” Sterling concluded.

On the other side, “Ello doesn’t stand a chance,” marketing and social media expert Lon Safko asserted.

“It’s not as much about the ads as it’s where your friends already are,” Safko said. “Until recently, ads were never a concern. Most social platforms weren’t pushing them in your face. You never hear about any advertising problem in MySpace and you don’t see growth.”

While Facebook “has had a lot of problems since it formed in February 2004,” meanwhile, it “has a decade of development on the user interface and features.

“I have a profile on almost every network on earth, because I am expected,” Safko concluded. “Most likely, I will not waste my time with Ello.”

The site “gives me the ‘Occupy Wall Street’ vibe,” he added. “Not the clean, exciting design of Facebook, Twitter or LinkedIn. I wouldn’t bet on this horse — they won’t compete with the incumbent.”

Rather, “it’s the social network effect, where the value of the network increases with the volume of users,” Tobin asserted. “For Ello to succeed, it will have to convince people to try it first, and once they arrive, it has to show a more compelling user experience. Today, it doesn’t do that,” he noted. “That’s a big challenge.”

“While some social networks in other countries make a lot of money from virtual goods, most in the U.S. rely on advertising,” he pointed out.

Anyone “with more than five years in the social media industry” will adopt a wait-and-see posture, Internet marketing expert Brian Carter told the E-Commerce Times.

“For context, Wikipedia lists 207 social media websites,” Carter pointed out. “If you were on Twitter in 2008, you saw at least half a dozen new microblogging sites try to compete with Twitter — each one accompanied by early adopters getting excited about an alternative to Twitter, since ‘Twitter isn’t the same as it used to be.'”

However, “none of them got close, and they’ve all faded into anonymity now,” he noted.

In fact, “Facebook is the only social network used by the majority of Americans,” Carter suggested.

“You always have gung-ho early adopters who get excited about new alternatives,” he added, “but the challenge for any Facebook challenger is that it’s really hard to achieve the network effect — reaching that tipping point where the mainstream wants to be on.”

Give the Gift of Social Customer Service