Can Sparrow Teach Gmail to Sing? 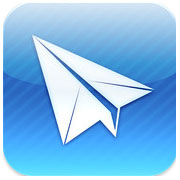 Google has acquired Sparrow, the maker of an email client available for various platforms, including Apple’s iOS and Mac OS X.

The news comes one week after Sparrow announced that its product is ready for Mac OS X Mountain Lion and for Apple’s Retina Display technology.

Financial details of the purchase were not disclosed, but the deal is worth about US$25 million, the Verge reported.

Sparrow CEO Dom Leca and his team will join Google.

“The Sparrow team has always put their users first by focusing on building a seamlessly simple and intuitive interface for their email client,” Google spokesperson Katelin Todhunter-Gerberg told the E-Commerce Times. “We look forward to bringing them aboard the Gmail team, where they’ll be working on new projects.”

Not a Feather Shall Fall …

Sparrow will continue to make its software and support available, but it didn’t say anything about whether new features would be offered.

The company’s team is joining the Gmail team to accomplish a bigger vision, which it thinks it can better achieve with Google, according to the company.

Many users were surprised by the suddenness of the purchase — Sparrow seemed to be in the middle of developing a native iPad app .

The company’s software has a loyal following among iDevice and Mac owners. Users’ reactions to the announcement was mixed, judging by comments on the company’s site, with some offering criticism and others pointing out that Google would take Sparrow further.

What Kinda Bird Is That?

Sparrow was hatched in October 2010, according to TechCrunch. It raised a seed round of funding from French venture capital firm Kima Ventures.

The company launched a Mac version of its app in the Mac Store in February of 2011, pricing it at $10. An iOS version was released one month later.

The app offers different views of email ranging from a single pane, like Twitter, to a three-column view similar to that offered in Microsoft Outlook.

Sparrow’s based in Paris, France.

A Deal for the Birds?

There may not be much benefit to Google “other than some additional software expertise,” McGregor mused.

It could be that Google’s purchasing expertise in areas where it doesn’t have home-grown talent.

For example, Google entered an agreement to purchase social startup Meebo in June, in what’s believed an attempt to boost its Google+ social network. That same month, it also purchased Quickoffice in a move seen as a bid to take on Microsoft.

Mozilla had announced earlier this month that it would no longer give priority to innovation in its Thunderbird email client but would focus on providing stability to the product instead and let the community innovate at will.

The only major independent email client left is Postbox, a desktop Gmail client for the Mac and Windows that works with any POP or IMAP email account, including Yahoo, Hotmail, iCloud, AOL, Rackspace, and Zimbra.