Cars and FOSS: Sweet Ride, or Crash in the Making? 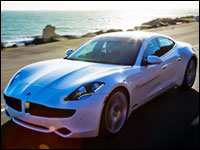 With the frequent focus on mobile machinations and desktop deliberations here in the Linux blogosphere, it would be easy to assume that all else in the FOSS fiefdom is relatively conflict-free.

Case in point: cars. There’s a growing movement to apply the open source model to the design and manufacturing of electric cars, as described in a recent Txchnologist article on the Tumanako project.

Sounds cool, right? Only problem is, not everyone thinks so, and — just like in the PC realm — the naysayers tend to be a vocal lot.

“Why you don’t want your electric car to be open source” was the title of a recent article describing said concerns, in fact — much to the chagrin of FOSS lovers far and wide.

“Why? First off, there’s little room for beta software mistakes in the automotive transportation world,” Fehrenbacher explained. “An electric car that shuts down or freezes up because of half-baked software is the equivalent of a lawsuit or a PR nightmare.”

Are cars somehow outside the realm of where the open source model can reasonably be applied? Or is this just one more round of that good ol’ game, Fun with FUD? That’s been the latest question on Linux bloggers’ minds.

‘In Some Alternate Universe’

“Where to start? The farce is strong with this one,” began Barbara Hudson, a blogger on Slashdot who goes by “Tom” on the site.

“We all know the key to Apple’s success was only selling Apple-brand products and services through iTunes and the App store, and Apple doesn’t use any open source in its products,” Hudson quipped — “in some alternate universe.”

Next, “there’s the statement, ‘Google has long had a philosophy of making systems and software open and transparent’ — absolutely false,” Hudson charged. “At Google, if it’s core, it’s closed.”

Even worse is that “the one concrete example the author gives in favor of closed source — Fisker Automotive — directly contradicts her proposition,” because it’s “‘not open source at all,'” Hudson pointed out.

‘Seriously? This Is the Argument?’

Indeed, the author “shoots her own argument in its metaphoric foot halfway through her article,” agreed Slashdot blogger yagu, citing the same reference to Fisker Automotive. “Seriously? This is the argument for proprietary?”

Yagu had a couple of his own points to make.

‘You’re Out of Luck’

Second, “a closed proprietary system is only as good as the proprietor,” he opined. “Apple makes this model look tempting, but when things go wrong, or you want choice, you’re out of luck.

“I’ve been using Apple products for years, and while their ‘it just works’ has benefits, I’ve stumbled many times into horrible, buggy Apple products,” yagu explained. “‘It just works’ is a meme, not an axiom. And in the walled garden of Apple, I can do things only Apple’s way.”

Fehrenbacher’s article “was poorly written, and the author should really take a look at how much FOSS is in most Apple products before she looks any more ignorant than she does already,” agreed consultant and Slashdot blogger Gerhard Mack.

Chris Travers, a Slashdot blogger who works on the LedgerSMB project, took a similar view.

“How much more wrong can an ‘expert’ be?” Travers wondered.

“While she is right about cars needing to ‘just work,’ that doesn’t mean that open source is out,” Travers asserted. “Already Linux is being used in some of the computers that control fuel injection systems in conventional cars; I don’t see why open source is out when it comes to electric cars.

“Indeed, there is a strong open source community around embedded systems that need to ‘just work,'” he pointed out.

The real question, Travers said, “is about human and developer interfaces, not about whether the source is open or not.”

All the arguments offered in the article against open source, in fact, are “actually why it is a good idea in this case,” Travers suggested.

“With open source in embedded systems, you aren’t reaching out to tinkerers so much as you are reaching out to other vendors’ development teams and engaging with experts as to how to develop the best software you can,” he explained. “Common frameworks lower costs and improve quality by providing better peer review across experts.”

Meanwhile, “fully embedded systems like this are not computers and they are not really handhelds,” Travers pointed out. “Comparisons to Google and Apple really aren’t helpful.”

‘I Wanted to Stop Reading’

Roberto Lim, a lawyer and blogger on Mobile Raptor, saw it similarly.

“I almost do not want to comment on this article,” Lim told Linux Girl. “It confuses so many concepts, I wanted to stop reading it halfway in.

“You get the impression that the author is confusing the concepts of open sourced and closed source with the concepts of rooting and jail breaking,” he explained. “The confusion seems to be because what Tumanako is trying to do is basically using open source software (actually right now it combines both) but with root access.”

‘I Do Not See the Relevance’

In any case, “the Tumanako project seeks to create electric vehicles where the owner can tweak their performance,” Lim noted. “That really is not any different from what I can do with my old petrol-powered car now — I could replace the ECU chip and exhaust system for more performance, or even add a turbo charge for even more.”

Of course, “without upgrading the brakes, suspension and tires, that would be a really bad idea,” he added.

In short, “I think the article should have focused on why allowing root access (‘jail breaking,’ in iOS speak) an EV’s software might not be the brightest thing to do,” Lim concluded. “I do not see the relevance to open source EVs in general.”

‘This Isn’t Some Toaster’

In fact, “I have an even bigger reason why open source would be a no-no” in cars, hairyfeet said. Specifically, “who takes responsibility for the mistakes?”

For example, “if someone releases code that, let’s say for the sake of argument, causes 10 percent of cars under a certain condition to malfunction and those malfunctions cause some injuries or deaths; who takes responsibility for it?” hairyfeet wondered.

“Is the FSF gonna step up to the plate?” he asked. “This isn’t some toaster here — real people with real lives depend on this software to work NO MATTER WHAT. Expecting this to be FOSS is just as insane as saying anybody should be able to rip out the guts and rewire a Cessna.”

‘Fewer Bugs for a Reason’

That, however, was far from the prevailing view in the blogosphere.

“FLOSS can work in cars just fine,” blogger Robert Pogson asserted. “There’s no difference in the reliability of code required to make a PC, a printer or a car operate.”

In fact, “FLOSS has fewer bugs per thousand lines of code than non-free software for a reason: more people can look at the code,” he added.

‘We Should Consider Requiring FLOSS’

Looking ahead, “will auto-makers publish their code? Perhaps not, but they may well adapt Linux underneath and publish that,” Pogson suggested. “That saves huge development costs for the basic infrastructure.”

In fact, “rather than looking at FLOSS as unreliable software, we should consider requiring FLOSS for automobiles so that government safety standards may be properly enforced,” he added.

“Requiring open standards for fuel, emissions, braking and safety harness is silly if one has BSODs etc. in the software that controls a vehicle and its systems at speed on the highway,” Pogson concluded. “With FLOSS, governments could inspect the code as well as the brakes on vehicles.”