CES 2019: A Tech Solution for a Standoff 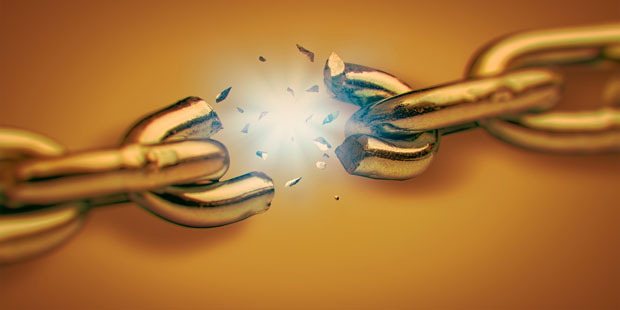 To say I’m typically not a fan of CES would be an understatement, but this year was very different. A combination of better logistics and fewer people at the show (likely tied to the government shutdown and China drama), coupled with some truly earth-shattering content, made CES a must-attend event this year.

One of the things that jumped out at me — given that the show took place while the controversy heated up over that damn silly wall President Trump wants to build — is that IBM announced a compelling fix. It’s a fix that actually could improve the U.S. government overall.

In addition, I had an interesting chat with Frank Shaw at Microsoft on big takeaways from the show, and I think he offered the best one: that this show not only showcased the death of the tech market, but that its death would be a good thing. That should wake up a few folks.

Overshadowing CES this year was the government shutdown, which not only prevented a lot of government speakers from attending the show, but also raised the specter of many of us running into a nightmare when we headed home (due to a potential TSA strike). The standoff was on my mind when I met with Ranit Aharonov, IBM’s manager of debating technologies, and Noam Slonim, IBM’s senior technical staff member of debating technologies.

I was looking forward to the meeting, because I once trained to be a debater when I was thinking of becoming a lawyer. Sadly, my school’s debate program was killed due to lack of budget. What IBM’s Project Debater does is use a new form of artificial intelligence — kind of a blend of machine learning and deep learning — to capture the best arguments on a subject.

It does this by training the system with humans (which seems more like machine learning) but it doesn’t use data scientists as an interface (which is more like deep learning). The machine trains itself by observing submissions of arguments on a topic from real people, as well as the results of real people comparing two arguments on the same side and choosing which is better.

Now apply this to a debate on the wall. Both sides would go through this process, which would result in the system producing the strongest true arguments from each side (eliminating the false facts from both). A third party viewing the results then could determine which side presented the strongest best argument.

Now think about this in the context of a political debate. Individuals with access to this system either would be able to present the best arguments supporting their positions, or realize that their positions were untenable, possibly leading them to make some changes before taking the stage.

At least with respect to political debates, those who took advantage of this system arguably would be unbeatable, because they would have the strongest argument and be on the right side. (Even if they chose to be on the wrong side, they likely would still win against opponents who didn’t have access to this system.)

This approach could be built into a social media system like Facebook. It could be used as a mechanism to resolve a dispute in a timely way, taking the place of annoying strings of pointless arguments. (It might be possible to mine Facebook’s existing threads to build a model for this type of application.)

Just think — this could make Facebook part of the solution, offsetting its current position as a huge part of the problem.

From a personal standpoint, it might provide answers to critical questions like which argument is strongest when someone wants to convince a spouse or parents to buy something, or to persuade opponents in a dispute that their position is wrong.

IBM’s Project Debater has the potential to change the very nature of discussion, and make social networks like Facebook relevant again.

The Death of the Tech Market

I had an interesting off-the-cuff chat with Frank Shaw at Microsoft’s technical showcase. He indicated his big takeaway from CES was that the tech market was dead. Sounds bad, right? But I not only agreed with him, but also welcomed it as a sign of maturity for the technology industry.

You see, one of the historic problems with tech companies is that they tend to think they are the center of the universe and know everything about their clients’ businesses. This historically has been a huge problem with companies that operate like Microsoft once did. They’d come in and tell others how to run their businesses.

Years ago, I got a panicked call from a CIO whose CEO had met with Bill Gates. Apparently Bill had convinced this banking CEO that he needed to rip out his mainframes, which experienced relatively infrequent downtime, with Windows NT Servers, which were known to crash daily. He wanted me to talk the CEO out of doing it, because it would have killed the company, which I did.

Microsoft wasn’t alone. With few exceptions, tech companies would come into an account with their mouths rather than their ears open, and provide solid-sounding advice that actually was brain-dead-stupid, leading to disastrous results.

With the rise of the huge Linux and open source initiatives, the industry began to grok that if firms wanted to survive, they had to listen, and do what their clients wanted done. While this thinking forms the basis of Microsoft’s current customer engagement strategy, it is hardly alone.

Much of the work I saw from most of the major companies that supply tech to clients appears focused on this same pivot, and that means the tech market has been subsumed into other markets. It now is a critical part of automotive, aerospace, farming, manufacturing, government, enterprise and others.

The reason that this is good is that we’re getting far better results. Microsoft showcased its work with a variety of retailers like Kroger in creating higher-yield stores. It is interesting to note that some newer firms (I won’t mention names, but one sounds like Oogle) don’t yet get this. Speaking of Alphabet, as I write this, I just got a call that the firm has been hit with a massive sexual harassment lawsuit, indicating it is about to have a Harvey Weinstein moment.

Next week I’ll share my reactions to some of the wild and interesting products I saw at CES, including a hearing aid that can be used as a fitness tracker, a solar-powered smartwatch with weeks of battery life, and a machine that makes super-clean water out of solar energy and air.

Overall, I saw some incredibly interesting progress at the show (including the world’s first fourth-generation 20 qubit quantum computer).

Rather than being a must-miss show, CES turned out to be a critical show to attend this year. It could be even better if I could just convince Las Vegas and CES to implement some of this wonderful technology to improve transport. It is still way to hard to get around the event.

I was tempted to make the Os sex toy, which is designed for women, my product of the week. After it received an innovation award, CES revoked it, saying it didn’t fit any of its product categories, and banned its display at the show. In the past, CES has featured various male-oriented sex tech products, so this seemed like blatant sexism to me.

The company, Lora DiCarlo, developed the gadget in collaboration with Oregon State University. Its CEO, Lora Haddock, lives near me. This kind of blatant sexism just pisses me off and put a cloud over the show.

However, the reason I went with the HP Spectre Folio is that at every CES, I’ve carried a backpack during the show to make sure I have everything I need. 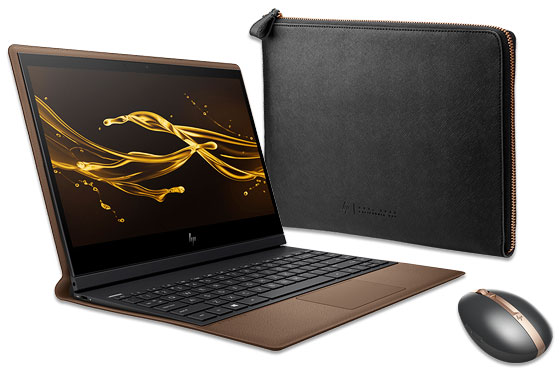 My backpack weighs in, with laptop, at around 35 pounds, and lugging the thing around the show pretty much wipes me out. It is basically 12 to 14 hours of running between meetings, briefings and keynotes, and waiting in lines. (I literally tore off both soles of my feet one year, and that was impressively painful.)

This year all I carried was the 3.2-pound HP Spectre Folio. I’ve been unwilling to just carry a laptop in the past, because they are hard to hold, the Amazon Kindle reader on the PC sucks, and I run out of battery before I run out of work.

Well, the leather-wrapped Folio is easy to hold, and it has all-day battery life. I discovered that Amazon fixed its reader (I read when I have downtime between meetings), and the result was that I didn’t feel like I’d been ridden hard and put away wet this year.

This thing may not be a sex toy, but it is still amazing, and it just became my favorite show-going PC because I never want to have to lug my massive backpack around ever again.

Oh, and it has built-in WAN wireless, which helped when I was at events where the WiFi sucked (and there were several). Because the HP Spectre Folio made CES livable for me this year, it is my product of the week. (I just wish it came in black.)