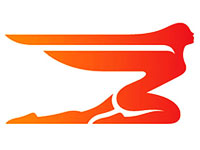 Chevrolet pulled off the cover on its 2015 Corvette Z06 at the North American International Auto Show in Detroit.

Its new supercharged LT4 6.2L engine gets at least 625 horsepower and 635 pound-foot of torque. Though the engine is only around 1 inch taller than the Corvette Stingray’s LT1 engine, it delivers nearly 37 percent more horsepower and 40 percent more torque.

The engine attempts to deliver a balance of performance and efficiency with the same technologies first seen on the Stingray: direct injection, or cylinder deactivation; and continuously variable valve timing. Together with the fuel-efficient multispeed transmissions, aerodynamic design, and lightweight construction, those technologies bring fuel efficiency to the 2015 Z06, according to Chevrolet.

The aluminum frame is ported over from the Stingray and also will be used for the Corvette Racing C7.R, which Chevrolet also unveiled at the show. The 2015 model is the first Corvette Z06 to include a removable roof panel.

The LT4 engine can be paired with either a seven-speed manual or eight-speed automatic transmission, which offers paddle shifters for manual control.

The seven-speed manual includes rev-matching technology for upshifts and downshifts, a feature that can be toggled using paddles on the steering wheel. The transmission is paired with a dual-mass flywheel and dual-disc clutch, which apparently offer greater shift quality and feel via lower inertia.

The transmission, developed by Chevrolet’s parent company, General Motors, squeezes into the same space as the six-speed automatic transmission in the Stingray, though it is more than 8 pounds lighter due to the aluminium and magnesium it uses.

“This brings it up to the Jaguar F Type V8 in terms of both transmission and rear axle, and the engine is putting out between 75 and 125 more power,” Rob Enderle, principal analyst at the Enderle Group, told TechNewsWorld. “That’s clearly world class, super car range, and this should make it the most affordable supercar in the world.”

The Z07 package, meanwhile, includes larger winglets on the front splitter and an adjustable center section on the rear spoiler. The latter package offers the most aerodynamic downforce of any production car tested by GM, said Chevrolet.

The 2015 Corvette Z06 will be available early next year, with performance data and pricing to be revealed closer to the start of production.

It’s a car that’s causing a great deal of interest among analysts and enthusiasts.

“It won’t be as exclusive as other cars in its class, but that means GM will sell more of them,” Enderle predicted.

“This is arguably one of the best cars ever created by a U.S. vendor, and it rivals the best ever created. A very impressive effort,” he enthused.

The power speaks volumes about the car, he said, and together with the design makes it “the supercar it’s supposed to be.”