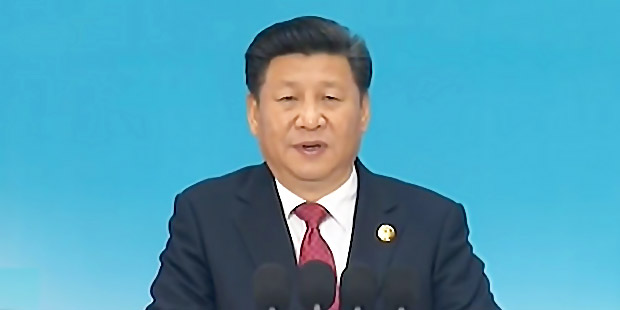 Chinese President Xi Jinping recently told an international delegation of cybersecurity and technology experts that governments must be allowed to exercise sovereign rights and decision making over Internet use within their own countries.

Speaking earlier this month at the second annual World Internet Conference in Wuzhen, China, the president effectively called for a revised order in Internet governance. One nation should not be empowered to call all the shots, requiring less-advanced countries to abide by its rules, he maintained.

“The principle of sovereign equality enshrined in the Charter of the United Nations is one of the basic norms of contemporary international relations,” Xi told attendees at the conference. “It covers all aspects of state-to-state relations, which also include cyberspace.”

China is beginning to flex its muscle as a powerful player in the global Internet discussion, as the country is considered the world’s biggest growth market in Internet commerce and has the single largest population of people on earth, with more than 1.3 billion.

“We should respect the right of individual countries to independently choose their own path of cyber development and model of cyber regulation and participate in international cyberspace governance on an equal footing” Xi said, according to text released by the Xinhua news agency.

Xi was communicating what China considers its right as a sovereign nation to exercise control over commerce and communications coming into and out of that country, said cybersecurity expert William Hagestad, who attended the conference.

Xi’s mandate, which stems from a Politburo-approved national security law approved this summer, “is more about ensuring the national security, stability and sovereignty” of communist China’s Internet, Hagestad told TechNewsWorld.

However, the speech could be laying the groundwork for a more repressive regime that will monitor and regulate the Internet even more closely.

“It sounds like this is the first step towards creating a censored environment, at the very least,” tech analyst Jeff Kagan told TechNewsWorld.

“While they do support a market freedom agenda and seem to be applying that to the Internet, the government still cracks down on freedom of expression of their citizens,” said Carolina Rossini, vice president international relations at Public Knowledge.

During the World Conference on International Telecommunications in 2012, for example, China, Russia and other countries tried to redefine the Net as a series of state-controlled and supervised networks, she told TechNewsWorld.

In negotiations on the future of the knowledge society, which took place during the World Summit on the Information Society at the United Nations earlier this month, China attempted to “water down human rights language,” Rossini noted.

“So I do not feel this message [from Xi] represents any change or support of human rights. It actually expresses the hard reality that users face in China every day, and also a lack of willingness of China to accept the Internet as core public good for societal growth.”

Amnesty International put out a statement prior to the start of the Internet conference in China, urging technology companies to reject the government’s policies on Internet use. The human rights organization called China one of the most repressive regimes in the world when it came to free speech and open use of the Internet.

China recently tried to get technology companies to sign a pledge that would guarantee the storage of data within China, along with a promise not to harm China’s national security, the group noted.

“Tech companies must not turn a blind eye to such repression,” said Roseann Rife, East Asia research director at Amnesty International, “or give credence to any notion of Internet sovereignty that is an attack on the rights to freedom of expression or privacy.”