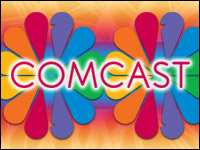 Comcast has joined the ultra-fast Internet race, starting with the rollout of its Gigabit Pro service. It looks like ultra-high-speed Internet services are really starting to catch on. The trend started a few years ago with Google Fiber and AT&T Gigapower, and it is spreading among carriers and locations from coast to coast.

Comcast’s new 2-Gb service is starting in the Atlanta area next month. The company is planning to roll it out to other cities, but it has not yet named them or given a timetable. As for prices, nothing has been announced. Comcast likely will not offer a 1-Gb service at a lower price.

Although Comcast is attempting to drum up some excitement, we know nothing today other than it will be joining the high-speed race in Atlanta. I love to see more companies joining the race, and I welcome Comcast, but it’s very frustrating that all of the details are being kept under wraps.

The Internet has been getting faster and faster, year after year, since the race started in the mid 1990s. Gigabit-speed Internet connections are the next natural step in the evolution of the Net.

As speeds increase, it’s important to realize that today’s high speeds are far faster than the vast majority of customers need. That said, it is still exciting to watch companies like AT&T, Google and others really turn the dial way up. Now Comcast is joining that race.

Gigabit Internet started a few short years ago. The two leaders today are AT&T U-verse with Gigapower and Google Fiber. They are both very aggressive with current rollouts and both have plans to expand to more cities. There is a there there when you look at AT&T and Google.

A few other companies have entered the space as well, but they are just dipping their toes into the market. They include the No. 3 Baby Bell, CenturyLink, as well as C Spire, whose Fiber to the Home project is bringing ultra-high-speed Internet to a few Mississippi cities.

Verizon recently preannounced its entry into the space as well, with its next-generation Metro Network. It hasn’t provided any details yet, however.

So far, it looks as though two carriers are really rushing into this space, while others are moving more cautiously. Companies are starting to see this ultra-high-speed Internet service as a key offering of the future. That’s why they are testing the waters.

Comcast’s announcement could be the start of a whole new segment of companies getting into this space — the cable industry. Which could be next? Can we expect Time Warner Cable, Cox, Cablevision, Charter and others?

Comcast says it will deliver a 2-Gb connection. Google Fiber and AT&T U-verse with Gigapower have been rolling out 1-Gb connections over the last couple of years.

So what’s the difference? To tell you the truth, I don’t think the average customer will notice the difference. The only few who will are those who need ultra-fast speed for their work — people like computer engineers, for example, who require tons of bandwidth.

The reason I am sure of this is simple. If there were a threat, then both AT&T and Google would already have jumped up to 2-Gb speed. By the time there is a threat of losing business, all competitors simply will jump to this speed.

Today, I think 2-Gb speed is more about marketing and buzz for Comcast than anything else.

However, faster connections is what this entire industry has been about for the last 20 years. That will not change as we continue to progress — from dial-up to DSL to ultra-fast 1Gb, 2Gb, 3Gb and beyond.

Customers will be able to choose their favorite provider for ultra-high-speed service. However, we are very early in this new game, and there may be only one carrier offering that speed in your town. You won’t have choice in the near term, but it will come.

Tomorrow, all of us will have multiple choices of providers.

So let me offer congratulations to Comcast for jumping in and joining the ultra-high-speed Internet race in the Atlanta market. It will be good for it to get its feet wet, and it will be good for the marketplace to have another competitor.

I hope all competitors are successful in this new space. However, here’s a note to Comcast, Verizon, and anyone else wanting to get into this space: Please give us the details, for crying out loud, so we can compare.

As for the other cable television companies — I think it’s past time to dip your toes into the ultra-high- speed water already!