There’s a little-known electronic gadget — one that’s generally not available alongside the colorful big-screen TVs and bass-pounding sound systems in seductive, sparkly urban consumer-electronics mega-stores — that can be a life-changing device, nonetheless.

For some people, it’s much more important than the latest 4.7-inch smartphone.

You’ll sometimes see this device on sale, squirreled away on the metaphorical top shelf of a truck stop’s electronics counter among the other renegade image-conjuring nomadic tools, like CB antennas and in-truck fridges. Or you can order it online and have it delivered in a plain cardboard box.

Up to now, this product has been shrouded in a peculiar gray-ish, non-government-sanctioned, somewhat questionable image. It’s a product with connotations of an unconventional road life. It’s an unregulated radio-driven invention often used by long-distance brigands, bad-boy roaming truck drivers or off-the-grid rebel hippies building earthen ecohomes on themesas of the West, miles from the nearest phone-carrying utility line. 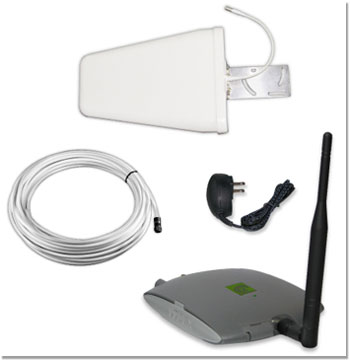 The device is the consumer signal booster. Typically, it’s a router-sized box that hooks up to an external antenna and power supply to amplify cellular signals between a device like a phone or modem and a wireless network. This device has just come of age, winning Washington’s formal recognition.

For years, FCC-unregulated signal boosters have been used extensively by many types of consumers — not just pirates — to amplify signals in boats and vehicles, as well as homes and small businesses in rural areas like the Intermountain West, forexample.

These geographically challenged regions are underserved by wireless cellular carriers for economic reasons.

TechNewsWorld has published articles on using boosters for personal communications in natural disasters. Non-consumer versions of the device are used industrially or in dense buildings like hospitals.

However, some poorly designed boosters have been interfering with cell sites by blasting them with powerful radio signals and oscillation. This has been a problem.

Big changes may be in the pipeline for the estimated 2 million users of boosters. The Federal Communications Commission recently voted in favor of regulating the devices so that they don’t blast signals unnecessarily and disrupt service for others.

Booster makers like Wi-Ex and Wilson Electronics arein favor of regulation because they think their products already protect the networks.

The vote is aimed at a small group of boosters that cause interference, they claim — not at theirs.

“The FCC recognized that 72 percent of the population has cellphone signal issues, and that the booster is important for public safety and also business productivity, Cuppett noted.

Under the FCC plans, wireless carriers won’t be able to charge consumers for device use or registration.

Although they might like to, they can’t really object to the concept of consumer signal boosters, because the devices can deliver potentially life-saving 911 calling capabilities where carriers haven’t provided functioning wireless networks.

Plus, public safety agencies like police use the devices in fringe areas.

The regulation, expected to take effect in March 2014, will require subscribers to obtain authorization for every booster device from a wireless carrier. FCC registration will be required for devices that meet new technical standards called “Network Protection Standards.”

Network Protection Standards will force the boosters to reduce unnecessary power when they are close to cell sites.

Major carriers like Verizon, T-Mobile, Sprint and AT&T have already agreed to approve devices that meet Network Protection Standards, according to the FCC’s ruling docket.

As long as signal-boosting devices are approved, AT&T, for one, is OK with the concept. .

“AT&T is pleased that the FCC has adopted technical standards designed to protectour customers from interference caused by signal boosters while allowing well-designed boosters to remain in the marketplace,” spokesperson Mark Siegel told TechNewsWorld.

Sprint declined to comment on the FCC signal booster decision because it hadn’t reviewed the final ruling, said spokesperson John B. Taylor.

However, Taylor pointed to Sprint’s favorable comments in the FCC docket.

One fly-in-the-ointment for the estimated 2 million current booster users and anyone who wants to buy a device today is that the new specifications haven’t been published yet.

The final FCC specs will not be published for about six weeks, according to Joe Banos, COO of Wilson Electronics.

“It’s premature for anyone to say their boosters comply since no one has seen the finalspecs,” he told TechNewsWorld.

Wi-ex’s products, sold under the zBoost brand, don’t produce interference, and in any case will be compliant, maintained Cuppett.

“We already design the zBoost product line for consumers using patented technology that already protects the carrier network,” she said. “In addition, Wi-Ex has already designed these technical specs into future products, and since the FCC order gives us a year to sell our current products which do not interfere with the network, the effect of this order on ourzBoost Consumer/SOHO product line is minimal.”

Booster heavyweight Wilson Electronics, a leading maker, is pleased with the outcome, in part because it legitimizes the industry.

“Our position has always been that well designed signal boosters can improve the consumer cellular experience in gaps and on the fringes of coverage without harming the network,” said Banos.

“The FCC’s adoption of specific technical standards for boosters legitimizes our industry, which has operated in a regulatory gray area for a long time. Consumers can be sure boosters are legal and are built to meet government standards,” he pointed out.

“The cellular carriers are assured that they maintain control of their wireless spectrum, and that networks will be protected from interference caused by poorly engineered boosters,” Banos noted.

“Wilson is pleased with the outcome of the FCC vote,” he concluded, “because we see it as a win foreveryone involved.”

Welcome to the establishment.