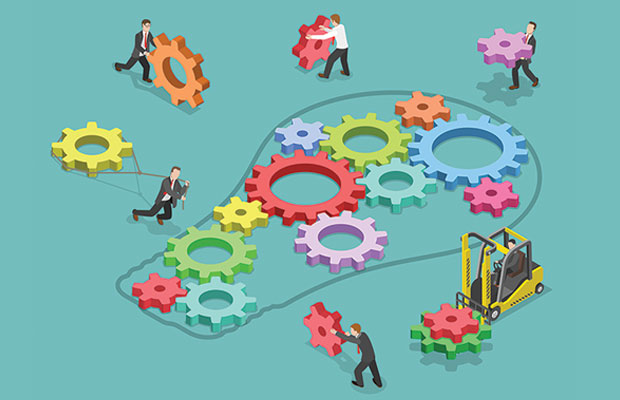 Researchers into the COVID-19 virus have a new source of distributed computing power: crowdsourcing.

Usually crowdsourcing involves information or opinion gathering, but in this case it involves computing power.

By installing the [email protected] software program, anyone with a computer, gaming console, or even some phones and some compute cycles to spare can contribute to the work of coronavirus researchers around the world.

Participants can configure the [email protected] application to run in the background all the time or just when a machine is idle.

Bowman issued a call for volunteers at the end of last month.

“We need your help! [email protected] is joining researchers around the world working to better understand the 2019 Coronavirus (2019-nCoV) to accelerate the open science effort to develop new life-saving therapies,” he wrote.

“By downloading [email protected], you can donate your unused computational resources to the [email protected] Consortium, where researchers working to advance our understanding of the structures of potential drug targets for 2019-nCoV that could aid in the design of new therapies,” Bowman continued.

“The data you help us generate will be quickly and openly disseminated as part of an open science collaboration of multiple laboratories around the world, giving researchers new tools that may unlock new opportunities for developing lifesaving drugs.”

“The response has been huge,” he told TechNewsWorld. “Conservatively, I think we’ve had a tenfold increase in the number of participants in the project.”

One of the new additions to the project is Critical Start.

After hearing about the [email protected] project, the company decided to repurpose its powerful “hashcracker” hardware, which it uses to crack passwords when conducting penetration testing, Rhoads explained.

“Instead of using this powerful machine to crack hashes, we decided to dedicate all its power to [email protected], as well as encourage some of our competitors to do the same,” he said.

“It gives us non-medical professionals the ability to give back to the community in terms of solving problems like COVID-19,” Rhoads added.

Critical Start’s contribution to the project’s network is substantial: The US$34,000 hashcracker, nicknamed “Cthulhu” after H.P. Lovecraft’s mythical monster, has eight Nvidia Titan V cards. The graphic cards are Nvidia’s most powerful for a personal computer, and each can deliver 110 teraflops of computing power.

“We joined the program on Sunday, and we’re already in the top 3 percent of contributors,” Rhoads noted.

Based on how long it takes to complete tasks, [email protected] reports an aggregate performance of nearly 100 petaflops generated by more than 100,000 volunteer systems.

COVID-19 is a close cousin to SARS, which is also a coronavirus, and acts in a similar way, Washington University’s Bowman explained in his call for volunteers.

For both coronaviruses, the first step of infection occurs in the lungs, when a protein on the surface of the virus binds to a receptor protein on a lung cell. This viral protein is called the “spike protein,” and the receptor is known as “ACE2.”

A therapeutic antibody is a type of protein that can block the viral protein from binding to its receptor and prevent the virus from infecting the lung cell.

A therapeutic antibody already has been developed for SARS, but to develop therapeutic antibodies or small molecules for COVID-19, scientists need a better understanding of the structure of the viral spike protein and how it binds to the human ACE2 receptor required for viral entry into human cells.

“Proteins are not stagnant — they wiggle and fold and unfold to take on numerous shapes,” Bowman wrote. “We need to study not only one shape of the viral spike protein, but all the ways the protein wiggles and folds into alternative shapes in order to best understand how it interacts with the ACE2 receptor, so that an antibody can be designed.”

Low-resolution structures of the SARS spike protein exist, and mutations between SARS and COVID-19 differ, he explained.

“Given this information, we are uniquely positioned to help model the structure of the [COVID-19] spike protein and identify sites that can be targeted by a therapeutic antibody,” Bowman wrote. “We can build computational models that accomplish this goal, but it takes a lot of computing power.”

The spike in growth in [email protected] membership has stressed the project, Bowman said.

“We’ve never experience this kind of rapid growth,” he remarked. “We had plenty of excess capacity server-side in mid-February. Now we’re scrambling to add capacity.”

The project’s servers contain simulations waiting in a queue. When a member’s computer signals that it has time to do a job, a simulation’s conditions are sent to it, worked on, then returned to the server.

“Right now, we’re adding simulations as quickly as we can to the servers because people keep emptying the queue, which is amazing,” Bowman said.

“It’s a great problem to have,” he added.

“It’s hard for me to conceive that there is compute power that we can’t put to good use,” Bowman continued. “We just have to get the simulations up there faster for people.”

Since there’s a lag time between purchasing new servers and installing them, the project is looking for a cloud provider to meet its server needs temporarily, he said.

“The nice thing about having so many people jump in,” said Bowman, “is that instead of having to carefully choose which proteins we go after, we can set up simulations of every protein we can get a reasonable structure for from the virus.”

*ECT News Network editor’s note – March 25, 2020: Our original published version of this story stated that [email protected] was based at Stanford University. Although the project originated at Stanford’s Pande Lab in Palo Alto, California, directed by Vijay Pande, PhD, it later moved to Washington University in St. Louis, where Greg Bowman now directs the work.