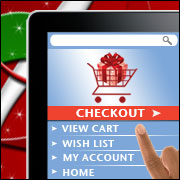 Several news stories have provided interesting insights into the Black Friday phenomenon and into customer behavior. The first story, from The New York Times, reports that sales slipped by 0.5 percent from the same period last year, despite sharp discounting and stores opening on Thanksgiving.

Another story, also from the Times, shows how the Black Friday phenomenon is catching on in the UK.

It looks like the mania is spreading even as it appears to be cooling in its home territory.

Most retailers took deep discounts at the beginning of the holiday shopping season, the story also notes.

So what’s going on here?

Well, several things. First, many retailers have rediscovered that if they want to get business on cue, they have to buy it in the form of deep discounting. That is probably not the pattern yet in the UK, where news photos show people fighting over discounted items in the aisles of retail stores, but it likely will follow once the initial thrill of all that shopping is replaced by dread of the crowds.

Second, and this should be axiomatic, if you give deep discounts you pass up the chance for profits, so there is little wonder that while traffic is either growing or remaining relatively constant, sales volume is down.

It’s a bad time for brick-and-mortar retailers, though online merchants seem to have done well.

Thanksgiving Day sales increased a healthy 14.3 percent, followed by a 9.5 percent increase the next day, according to IBM and the Times. Most interesting was the 25 percent increase in purchases made from smartphones on both days.

It’s relatively easy to have those big increases for mobile devices, because we’re starting from a smaller base. It’s harder to show the same gains in a mature channel like retail stores. For them, almost the only way to go is down.

Then there’s the cheerful thought of cybercrime and data breaches. 60 Minutes recently featured a segment on credit card security, in which one of the guests said you might as well assume there will be more breaches — due in significant measure to the 50-year-old magnetic stripe technology on American credit cards. It’s just too easy, given today’s technology, to steal data.

Adding it up, it’s clear that increasing numbers of customers prefer the mobile and online experience over the in-your-face, in-the-store kind. At the same time, brick-and-mortar retailers now have the added burden of somehow trying to increase dollar sales volume without slitting their own throats with discounts that don’t make sense for them.

Meanwhile, customers still may be going to stores after the football and the turkey, but apparently only for really great discounts. This is a game that retailers can’t win, and they’ll need to rethink how they manage the shopping season.

The irony is that in great measure, these are all self-inflicted wounds. We didn’t upgrade credit card technology when it would have cost less, because we really don’t like to fix what isn’t broken. That cost should have been seen as an investment in the future, but it wasn’t.

Also, retailers haven’t changed tactics. They’re still offering discounts to counter too many customer objections. Now, even though few retailers are making money, aside from the big guys like Walmart and Target, it will be difficult for any of them to change their Black Friday habits. Looks like a death spiral to me.