There’s an old saying about kicking a person when he or she is down, but I can’t remember how it goes, so here is my take on the people who are crying over the thousands of dollars in rebates they never got from CyberRebate.com: You got exactly what you deserved.

Frankly, it’s beyond me how the deal ever sounded like a good one, or more to the point, one that could be sustained long-term. The temptation for free or cheap stuff must have been strong, but paying up front? How many things do you pay extra for up front on the promise, made by some invisible person behind a fancy Web site, that you’ll get it all and more back.

This is not to deflect blame from the brain trust at CyberRebate. The word now is that its business model counted on a number (a large number?) of people not ever applying for rebates. It’s safe to say they misread human nature.

Nor is it worthwhile to poke fun, without any purpose, at people who are out a lot of money.

But the level of scrutiny applied to CyberRebate’s business model, by both its creators and its consumers, typifies why so many e-commerce companies have had to die painful, public deaths. Common sense went and took another vacation day.

The fact is that CyberRebate worked, for a while. And another fact is that many of its consumers were smart enough to be skeptical initially, giving their trust over to CyberRebate over time and not all at once.

They bought small items and held their breath. And when the rebate checks appeared in their mailboxes, they felt the warm glow of getting a bargain and the smugness that comes with thinking they’re better than everyone else.

Then they got greedy. And then, finally, they got their just rewards.

Venture investors who had one successful IPO wanted a dozen and threw money around to make it happen. Private investors chased stocks up beyond reasonable levels, fueled by jealousy toward their neighbors who bought Amazon a week after it went public.

And e-commerce companies spent blindly in much the same way: Remember the old belief that regardless of how much you paid to acquire a customer up front, it would be worth it in the long run? Does anybody still believe that?

Of course, it’s human nature to hope, and so hoping that a US$50 rebate check will lead to a $500 rebate check is one thing. To actually count on it happening, though, is something else.

Already, however, the cry has gone up to make someone else pay. The credit card companies should take responsibility, some have argued. After all, they pick up the tab when someone gets ripped off, or in some cases, even when something gets damaged or stolen.

But that didn’t happen here. Frankly, I’d like to see one of the red-faced rebate chasers go before a judge — or better yet a jury — to explain why they paid $1,500 for a printer that could be bought elsewhere for $150.

There is another saying that I remember pretty well and in totality: There’s no such thing as a free lunch. To believe otherwise requires a certain level of self-deception. And to blame anyone else is to refuse to leave that dream world even after it crumbles. 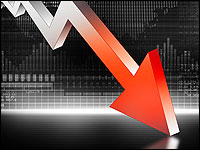 An Online Bargain, Right Under Our Noses