Cycloramic Pro Swims With the Sharks 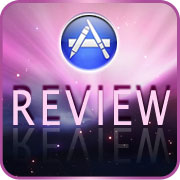 Cycloramic Pro by Egos Ventures is an iOS app available in the iTunes App Store for US$1.99.

How does an iOS panoramic photo shooting app first introduced in 2012rocket to the top of the Paid App list in Apple’s App Store?

Answer: The developer takes it to ABC’s Shark Tank, anentrepreneurial investment TV show, where he demonstrates how hisiPhone can spin around, taking photos all by itself.

He then shakes offa US$200,000 offer for 10 percent of his business and holds out for$500K of venture investment. Then the downloads come rolling in like thunder.

I had to try it too.

The hands-free vibration behind the Cycloramic Pro is the key to theapp. Here’s how it works: Without a case, you simply balance an iPhone5 or 5s upright on a smooth, level surface — a kitchen counter or atable will do nicely. It just has to be darn near level, as well as smooth. You tap abutton to start the photo, which then gives you 3 seconds tobalance your iPhone in an upright position.

The app snaps a photo, then vibrates to cause the iPhone to spincounterclockwise. After an inch or so of spin, it stops and the appsnaps a photo. It repeats the process — vibration and spin, stop andsnap — until it completes a full circle. Cycloramic Pro then stitchesthe photos together to create a panoramic photo.

It also can create a panoramic video — and the video, by the way, is my preferred way toshare a panoramic view. It just seems a bit more real, probablybecause viewing a video doesn’t require your brain to translate awide, static, flat image into a panoramic understanding of the photo.

Unfortunately, the magic of Cycloramic Pro is limited to smoothhorizontal surfaces, case free. If your case is hard to take on andoff, you’ll need a good reason to launch the app.

Similarly, if you’rein a fantastic place — say the deck of an outdoor restaurantoverlooking mountains and a beach — the table might not be level orsmooth. I imagine you might be able to use Cycloramic Pro on an upsidedown glass or plate — but maybe not.

Still, the ability to take a panoramic image using vibration flirtswith magic. If you can’t balance the iPhone, you can still use themanual method with your hands to create a pano from within the app.

As you might expect, Cycloramic Pro comes with a variety of standardphoto-editing tools, like crop, brightness, contrast, saturation,sharpen and blur. You can draw or add text. What’s any photo appwithout filters these days? Cycloramic Pro has filters, too. Standardstuff here, really, and easy enough to figure out and use.

Once you’re happy with the results, you can share them via built-insocial media sharing tools — the usual suspects: Twitter, Facebook,Instagram, Mail. Because you can save the panoramic images to your Camera Roll — includingthe stills that make up each pano — you can share themin other ways, too.

In my tests, the stitched results sometimes failed to line upcorrectly. For instance, a stationary object might appear to have apartial blur, or a building or window might have straight lines thatdon’t connect exactly right. I’m sure this has something to dowith managing the iPhone lens through a variety of minute anglechanges, but the point remains: “accuracy” of results will vary.

To befair, before Cylcoramic Pro, I never bothered to pay much attention tonear-distance panoramic images — the only panos I bothered to takewere landscape shots, which I’m sure are easier to stitch togetherso that the result seems more seamless.

Last of all, there are two versions of this app, both of which arepaid. At the time of this writing, Cycloramic Pro was discountedfrom $2.99 to $1.99, making it the same price as the $1.99 CycloramicStudio 360 Panorama app, which contains ads and in-app purchases toget to the same level of built-in features found in the Pro version.

MacNewsWorld columnist Chris Maxcer has been writing about the tech industry since the birth of the email newsletter, and he still remembers the clacking Mac keyboards from high school -- Apple's seed-planting strategy at work. While he enjoys elegant gear and sublime tech, there's something to be said for turning it all off -- or most of it -- to go outside. To catch him, take a "firstnamelastname" guess at WickedCoolBite.com.