Dell’s 10-Inch Streak Is Business Up Front, Party Out Back

Dell on Friday launched the Dell Streak 10 Pro tablet in China. This is the company’s first 10-inch tablet. It runs Android Honeycomb 3.1. 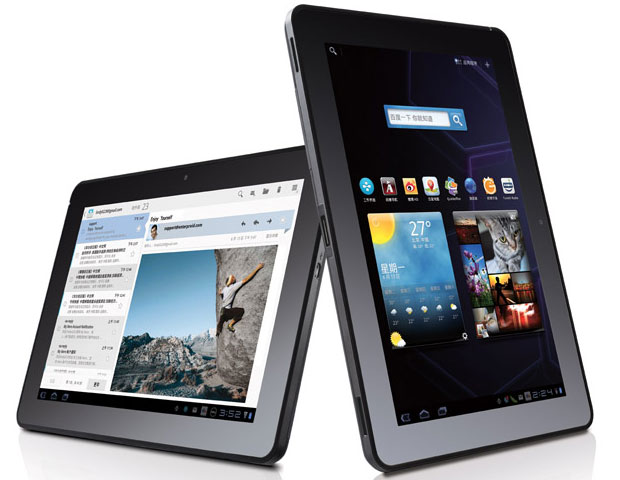 The device has work and personal modes, with a firewall of sorts between them so there’s no leakage of information between the two.

“What’s interesting to me is that Dell set up this tablet for both work and play modes with a security firewall of sorts between the two,” Charles King, principal analyst at Pund-It, told TechNewsWorld.

Other tablets on the market don’t have such an integrated approach, King pointed out.

Dell said it’s launching the Streak 10 in China and will focus on that market and other emerging nations because that’s where the growth lies.

“I think the bigger issue is that Apple’s relatively weak in China, so Dell will be able to define their market and they’ll be able to do better with a product that hasn’t done well so far,” Rob Enderle, principal analyst at the Enderle Group, told TechNewsWorld.

Dell did not respond to requests for comment by press time.

Oh Yes, They Call It the Streak

The Streak 10 has a 2MP front-facing camera and a 5MP rear camera with autofocus, flash and zoom. It can shoot 1080p high-definition videos.

It also features 1GB of RAM and 16GB of internal memory. It supports SDHC cards of up to 32 GB capacity. Dell’s tablet supports Bluetooth and WiFi, and Dell says it will add 3G support if there’s demand for that.

The device has dual stereo speakers, two microphones, a micro USB interface and a battery claimed to offer up to 12 hours of life.

The Streak comes in black or gray, has a brushed aluminum back, and supports traditional Chinese. It has the standard sensors — GPS, an accelerometer, a compass and a gyrometer.

The Dell Divide software consists of a separate, secure desktop with work apps, widgets and shortcuts that provide secure, managed connections to work, as well as communication and productivity tools.

Dell’s offering the Streak 10 at about US$460 through today.

Launching the Streak 10 in China underscores the importance of that country to Dell, according to the company.

It points out that more people are online in China than anywhere else in the world and says it has a significant retail presence in the country, with thousands of Dell-authorized retailers in more than 2,000 cities across the nation.

Figures from Analysys International show that the iPad accounted for more than 78 percent of the market in the first quarter of 2011.

Samsung was a feeble second, with just over 5 percent.

Dell didn’t even show up in Analysys’s figures.

However, Dell might just have a chance to make some headway in China.

Many Apple products, including iPads, are sold on the gray market in China, and although demand for them is strong, “Apple just doesn’t have the presence in China, and they’re not likely to get it because they’re so concerned about knockoffs there that they’re not going in big,” Enderle said.

“That creates the dynamic for Dell to be successful in the China market,” he added.