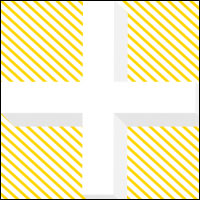 The Democreativity initiative is calling for gaming ideas from anyone and everyone, with the hope of turning the best of them into hit video games. The initiative is led by Visit Sweden, the Swedish Institute and Business Sweden.

Through Democreativity’s new site, which launched last week, anyone can post video game ideas — concepts, heroes and heroines, other characters, story lines, formats, or how to play the game, for example.

The site encourages completely original submissions, as well as collaborative efforts. People can build off the contributions of others to advance a game idea.

An advisory board made up of five leaders in the gaming and development industry will review the submissions and put together a creative brief on some of their favorite concepts. The brief will be posted online, giving developers access to work on the ideas and create new games. Swedish students studying game development also will use the ideas as part of a class assignment.

The founders are hoping that site will be a place where diversity and underrepresented ideas have room to flourish.

Encouraging collaboration on Democreativity will be crucial for its success, said Dan Roy, founder of Skylight Games.

There always will be developers and tinkerers in the gaming industry who will want to keep a potentially profitable idea for themselves rather than share it with a group, he noted.

However, “there are people who don’t see themselves as game developers who would be happy to give an idea to a team and see it turned into something real.” he told the E-Commerce Times.

“There are developers who have more ideas than they have time to make — some of whom would hand off an idea they don’t think they’d get around to making,” he continued. “We already see this spirit in two distinct groups doing game jams — students who are primarily toying with ideas as they build skills and networks, and AAA developers looking for a break from the constraints of big teams and specialized roles.”

A Forum for Collaboration

To draw the best ideas to its site, Democreativity should highlight its strengths — like its ability to connect people of different skill sets and resources, as well as to function as a forum where all are welcome, said Katie Hallahan, PR director and designer at Phoenix Online Studios.

“The more direct interaction people can have with each other on a site like this, the better,” she told the E-Commerce Times. “There are plenty of online forums where people can meet and exchange ideas, but a more structured system for facilitating a meeting of the minds, so to speak, could be very helpful and would make this site stand out from others.”

Democreativity may have great potential as a starting point in the gaming industry, Hallahan said.

“There are a lot of great ideas out there, but every creator gets stuck somewhere, whether it’s in brainstorming, expanding into a full outline, development or elsewhere,” she pointed out.

“Having a new perspective is always helpful, and when you find creative partners you can work well with, you can create some truly amazing work,” observed Hallahan. “Developing these ideas and then getting them to existing production teams is an interesting approach, and it’ll be interesting to see how it develops over time.”