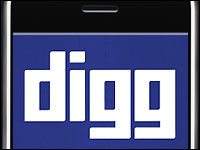 It’s not often that wildfires spread from other parts of the blogosphere into the main Linuxy downtown, protected as it is by all the surrounding free and open lands.

In the past week or so, however, that protection wasn’t enough. A fire broke out on AlterNet the Thursday before last — that’s part of the blogosphere’s progressive territories, just east of Huffington — and within a day it was blazing out of control here in the land of Linux as well.

The cause of the conflagration? An undercover expose of Digg that’s enough to make even the cheeriest Facebook fan swear off social media altogether.

Specifically, Olson managed to infiltrate the right-wing “bury brigade” known as the “Digg Patriots,” whose apparent mission “is to censor politically progressive content from the upcoming Political, Political Opinion, World News, and Business sections, so that conservative stories have a better chance to get more traction,” Olson explained.

Digg Patriots have been able to bury “over 90 percent of the articles by certain users and websites submitted within 1-3 hours, regardless of subject material,” he added. “Literally thousands of stories have already been artificially removed from Digg due to this group.”

‘Linux Stories Would Pop Up Every Day or Two’

Substantiated with numerous account names, links and transcripts, Olson’s evidence is nothing if not damning, and more than 500 comments arose in short order as a testament to that fact.

FreakOutNation, meanwhile, added fuel to the fire by publishing a list of hundreds of Digg users who were found to be among Digg Patriots’ primary targets.

The blaze gained entry to FOSS County when Computerworld’s Steven J. Vaughan-Nichols picked up Olson’s torch and used it to examine the fate of Linux-related stories on Digg.

“In early 2009, new popular Linux stories would pop up every day or two on Digg,” Vaughan-Nichols wrote. “By mid-2010, Linux stories on Digg became popular only once every week or so.”

Indeed, Linux Girl can’t help but note that she has noticed this too!

‘Linux Stories Are Getting Down-Voted’

“Has everyone who [was] once interested in Linux suddenly vanished? Have people stopped writing about Linux?” Vaughan-Nichols asked. “I don’t think so.”

His theory: “Linux stories are getting down-voted on a regular basis on Digg these days,” he suggested. “Who’s doing this? In whose best interest is it to make it appear that there’s little interest in Linux? Might it be a company named Microsoft?”

At that point, more than 100 comments exploded into the blogosphere, sending jets of fire over to neighboring LXer and beyond.

Linux Girl took cover at the Tux Tavern, where libations were being generously applied to help soothe the blogosphere’s charred residents.

‘I Have Never Felt a Lack’

“I don’t use Digg at all specifically because it’s apparently designed to be vulnerable to this kind of manipulation,” Hyperlogos blogger Martin Espinoza told Linux Girl over a frosty Peppermint Penguin.

“The Cap on Slashdot comment scores helps mitigate this kind of problem; comments never sink so far as to vanish completely, and you can control your settings such that you see everything if that’s your cup,” Espinoza explained.

“If I see a link to a story on digg I will google around it; I have never felt a lack,” he added.

Indeed, “everyone with a clue-by-four and an attention span longer than a 5-year-old on pop rockets and meth pretty much ignores digg,” agreed Barbara Hudson, a blogger on Slashdot who goes by “Tom” on the site. “There are only so many hours in the day, and it’s not like there’s less competition for time-wasters on the Internet.”

It’s true that there are people “who will down-mod anything they don’t like,” Hudson noted. “The problem is that what made Digg attractive to users — anyone can mod as many articles as they want, so they felt ‘part of the action’ — is made for abuse.

“Maybe they should do like ‘hot-or-not’: if anyone gets so many ‘you suck!’ votes that they should be thinking about tying a pork chop around their neck so at least the dog will play with them, the down-votes are discarded,” Hudson suggested. “It not only avoids lawsuits from ugly people, but it lets people down-vote without them actually doing any harm.”

In general, “you get to see a sad side of human nature when you see just how many things had potential on the Internet, only to be rendered useless by some jerk,” Montreal consultant and Slashdot blogger Gerhard Mack told Linux Girl.

“Anonymous free speech? We get trolls. URL shorteners? We get people using them to hide malicious/disgusting links,” he pointed out. “And of course the oldest truism on the Internet is that you can’t have any sort of a polling system without someone trying to game it.

“This whole incident was entirely predictable, and Digg should have planned for it from the beginning,” Mack concluded.

‘As Fake as Pro Wrestling’

Digg is “simply a symptom of a larger disease,” Slashdot blogger hairyfeet opined.

“It is sad that so many have been hoodwinked by the dem vs. repub lies, when in reality it is as fake as pro wrestling,” he asserted. “BOTH sides are pro corporation over the people, BOTH sides are for bigger government and BOTH sides are happy to grab more power for themselves and less for the people.”

“Sure we get into occasional flamewars, but by and large the system balances itself out pretty well, with the exception of the new metamod, which frankly stinks,” he asserted. “Under the old system I would metamod daily; the new one is so irritating I won’t bother, and I’m FAR from alone.”

Of course, Digg is working on a new version that may not have a “bury” button at all, blogger Robert Pogson pointed out.

Nevertheless, many other Web forums have similar problems, he added, including Craigslist.

“It is not easy to solve this problem,” Pogson explained. “One could require users to have a formal ‘Web identity,’ just as domains do, but this is a serious threat to personal privacy.”

Still, “it may be necessary to go to that extreme to prevent forums from being hijacked for seriously evil purposes,” he added.

“Another partial solution is to actively seek out and charge perpetrators with criminal offenses,” Pogson suggested.

“A crime is a serious breach of the rules of society considered serious enough to rate a meaningful penalty,” he explained. “We do that for false advertising, fraud, slander etc.; we should do it for violation of the terms of use of public forums” as well.

“Otherwise we surrender freedom of information, freedom of speech and freedom of association to vandals,” Pogson concluded. “If present laws do not permit such tactics, perhaps the legislators who create laws like DMCA should do something to protect the public as well as special interests.”