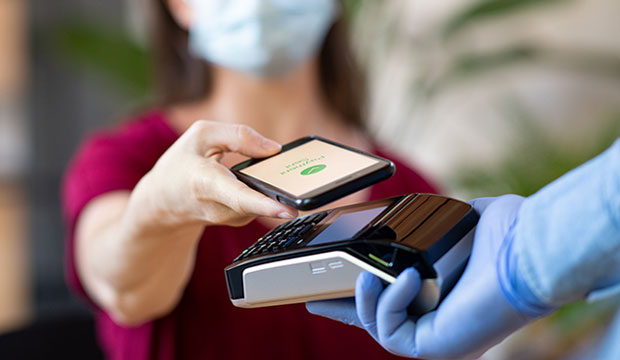 From coin shortages and curbside operations to contactless transactions, how consumers pay for their purchases has been completely transformed during the pandemic. Marketers expect that transformation to continue and expand.

The digital payments industry continues to mature at an accelerated pace. Shoppers will see new options with more features this year as the retail industry prepares for the arrival of a fully cashless society.

Merchants who already were providing buy online, pick-up in-store (BOPIS) channels prior to Covid-19 experienced an increase of 70 percent by volume and 58 percent by value this year, according to a recent report by real-time payments provider ACI Worldwide.

This is also a channel to watch closely for fraud, as these same benefits appeal to fraudsters. BOPIS saw a seven percent fraud attempt rate compared to 4.6 percent with other delivery channels.

It is not just family staples that are seeing a jump in consumer digital payment options. ACI Worldwide’s report shows a significant increase in global e-commerce transactions since the 2020 holiday period. The retail and gaming sectors are leading the digital charge.

Last year saw the pandemic drive the highest number of merchants implementing the BOPIS delivery channel for the first time in one year, according to Debbie Guerra, executive vice president at ACI Worldwide.

“We expect this channel to increase as more consumers get used to the convenience of shopping at home and the speed of in-store pickup,” she said.

Last quarter, global e-commerce transactions increased 22 percent compared to Q4 2019. That growth is not unique to just one region.

Researchers at CouponFollow wanted to determine if people still use cash and checks. Their report also tracked cashless payment options like digital wallets such as Apple Pay and Google Pay (GPay), and other apps like Venmo, to see if adoptions are becoming more prevalent.

The results show that nearly half of all Americans (49 percent) are worried about using cash due to the potential risk of Covid-19 transmission. Thus, 41 percent started using cashless payments because of Covid-19, according to Marc Mezzacca, a researcher for the report and founder of CouponFollow.

“COVID-19 most definitely changed how Americans shop, especially when doing so in person. Digital payment services such as Venmo, PayPal, GPay, Apple Pay, and others show a lot of promise for future growth,” he told the E-Commerce Times.

The numbers confirm that many consumers are still hanging onto their cash but are conducting more of their payments digitally. For instance, 91 percent of Americans carry cash on their person at any given time. Almost the same amount (88 percent) keeps some cash saved at home, added Mezzacca.

Generationally, it is mostly Zoomers and Millennials that are the driving force behind the rise of cashless, digital, and app-based payments, according to researchers who track how consumers pay for what they buy.

But, Baby Boomers and Gen Xers were the groups that started accelerating their adoption rates in 2020, according to CouponFollow’s research. Almost half (46 percent) of Millennials started using mobile apps like PayPal in 2020.

However, 44 percent of Millennials had already been using them. So it was not necessarily a considerable jump in adoption rates, countered Mezzacca.

On the other hand, 26 percent of Baby Boomers began using mobile apps such as PayPal in 2020. That was a 5 percent jump from Baby Boomers who were already using digital payment apps (21 percent), he said.

The use of phone-based payments factors into the contactless payment migration.

Mobile payment adoption has accelerated due to contactless payment methods becoming so crucial during the pandemic for apparent reasons, Mezzacca observed. “But also because they are secure and incredibly convenient,” he added.

When consumers pay using their phone’s wallet connection, they always need to show a form of identification, such as a face ID or fingerprint scan, to enable the payment. When it comes to paying in-person, a majority (66 percent ) of consumers use their debit cards, which are much more susceptible to fraud than phone-based payments, he explained.

“As more shoppers learn about the safety benefits of using mobile payments, along with the convenience of not always having to carry a wallet, it seems likely the adoption of such technology will continue to grow,” he added.

Cashless Economy on the Horizon

The pandemic has accelerated the trend of cashless and contactless payments. Mezzacca believes we are closer to living in a cashless society as a result.

However, aside from current Covid health concerns, consumers mostly agree on cash because it is safe from fraud. As of now, only 32 percent of shoppers can see themselves giving up cash in the future, he said.

“While contactless payments are on the rise and studies show that they are also more secure, the types of payment methods Americans use when shopping online and in-person will continue to remain mixed in the foreseeable future,” he predicted.

The research is clear, added Mezzacca, that contactless payments are used more often and relied upon by American consumers.

“As consumers realize the value these technologies bring, and as the technologies improve, adoption will continue to grow, he said.

That means SMBs and in-store merchants must be ready to meet the growing demand from consumers for cashless/contactless payments. To do so, they need to invest in the proper hardware and software needed.

“People are starting to carry less money, and tech-savvy shoppers are the future. Failure to keep up with this demand could be more costly in the long run. This will set you apart from your competitors, too, so it is well worth the investment,” Mezzacca suggested.

SMBs and in-store merchants need to meet the growing demand from consumers for cashless/contactless payments if they are going to survive in business.

The best way for SMBs and in-store merchants to meet the growing demand from customers for cashless/contactless payments is for them to pivot and meet consumers where they are at, according to Jodie Kelley, CEO of the Electronic Transactions Association (ETA).

Digital payment services such as Venmo, PayPal, GPay, and Apple Pay are now very widespread. As organizations and consumers pivot to a pandemic landscape in which cash is no longer the norm, the adoption of alternative payment methods like mobile wallets and peer-to-peer (P2P) services is rising exponentially.

“The pandemic brought increases in transactions, dollar volume, and the number of users to all-digital payment services, including mobile wallets and P2P services,” said Kelley.

Digital by the Numbers

P2P services like PayPal and Venmo, which have 60 million users, allow users to send one another money from their mobile devices through a linked bank account or card. Mobile wallets such as Apple Pay and Google Pay can be used to safely store cards.

According to a recent Chase study that examined consumer digital banking preferences, 30 percent of respondents signed up for P2P options in the last year. It also found that mobile wallets attracted roughly 30 percent of total users in 2020.

“Mobile wallet usage is set to double in 2021 and continue at a double-digit growth pace through 2024,” said Kelley.

Zelle recently found that 75 percent of millennials are using P2P. Of those, 49 percent use P2P at least once a week. The Zelle network processed one billion payments in 2020.

“We believe that these trends will continue to accelerate. As consumers realize the benefits of using digital services — including convenience and security — we believe the use of these services will only continue to rise,” Kelley predicted.

In fact, consumers’ use of in-store mobile payment apps is expected to hit a milestone in 2021, reaching 101.2 million among Americans ages 14 and older. This comes after 29 percent year-over-year growth in 2020. Mobile payment app usage is now on track to surpass half of all smartphone users by 2024, she added. 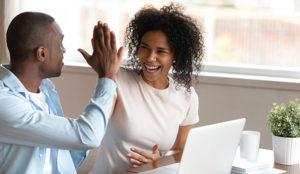 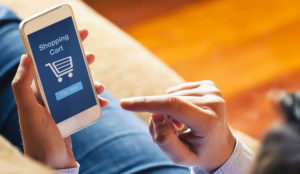 The Next Level of E-Commerce Payment Processing