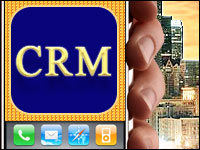 Two of the most hotly debated issues surrounding the future of m-commerce are these: 1) How quickly will it grow when consumers finally begin to accept the idea of a mobile wallet? and 2) When, exactly, are they going to start accepting it?

There are myriad answers to those questions, including when security fears can be allayed, and when mobile payments offer more value than using a credit card. Some companies are making progress.

Starbucks’ mobile payments business has been growing at a nice clip, and there is even talk of the retailer white-labeling its platform for other businesses.

Mobile payments can be expected to pick up as their convenience swamps consumers’ fears, suggests a report from WorldPay.

Airlines will be able to grow their revenue streams, for example, by offering in-flight mobile payment options to travelers who are jonesing for a drink or lunch tray but don’t have a standard means of payment on hand.

So. M-commerce might not completely have its sea legs yet, but there is little doubt that it will be adopted sooner or later. In the meanwhile, retailers should be making tech preparations beyond the obvious point-of-sale tech installations that will be necessary.

These preparations include integrating the customer invoice and resulting data into CRM systems, and vice versa.

One company that is looking past the near term to address this need is Square, the micro-mobile payments processor that has enabled many small businesses to expand their reach by accepting credit cards.

While happy for the additional sales — and possibly repeat customers — those companies have been not quite as enthused about settling the books, though. Transactions often would have to be manually inputted into separate accounting software. To address that pain point, Square last year launched a partnership with QuickBooks and now is integrating with the accounting program Xero.

Users can connect their Square accounts to their Xero accounts and then sync daily sales data.

The integration is hardly as robust as a native, built-from-the-ground-up product that combines the two functions, but the m-payments world has to start somewhere, just as traditional and then cloud-based CRM software did a generation ago.

Remember way back when CRM applications were standalone? Even their integrations within the suite — the sales and marketing and service functions — were siloed, to a certain extent. Integrations to the back end, such as an ERP system or even a general ledger, were expensive and cumbersome.

Then came the NetSuites of the CRM world, which made their mark by delivering an all-in-one suite that connected the customer data throughout the entire sales process — from the front end to the accounting and accounts-receivable back end. At the time, around 10 years ago, it was pretty radical stuff. Now it is a given.

Square’s partnership with accounting software providers is not the same caliber — they are partnerships after all, not native integrations. However, it is one sign that mobile commerce is following a similar trajectory that CRM apps did.

Another indicator comes from the other end of the enterprise spectrum.

The European arm of the Japanese manufacturer TOMY built a mobile salesforce application in conjunction with SAP services group. The app is tailored to the sales staff’s specific needs, runs on a number of smartphones and laptops, and can plug into SAP or many other ERP back ends.

TOMY had to build it itself, but that was OK. If you recall, early CRM adopters often had to build what they really needed. Then the market evolved to deliver off-the-shelf software highly suited to their needs. Expect to see mobile commerce follow the same path. 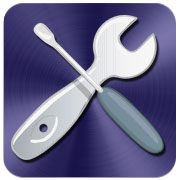 Getting Mobile App Devs to Jump on Your Bandwagon

All Hacks on Deck: Japan Invites Hackers to Go At Government