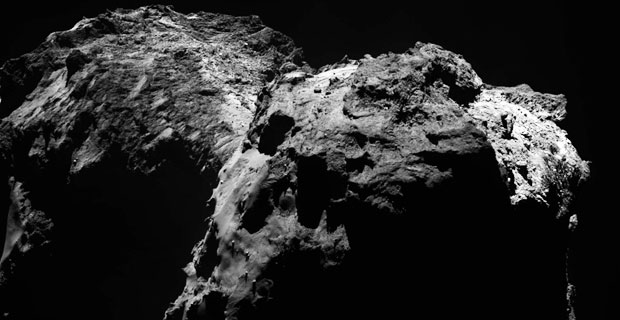 DLR, the German Aerospace Center, this week vainly tried to reawaken the dormant Philae robotic probe, which achieved thefirst-ever soft landing on a comet nucleus in 2014.

DLR sent a command to Philae to spin up its flywheel, which had stabilized the lander during its descent onto the comet.

DLR hoped that might give Philae some angular momentum to better align itself with the sun and possibly shake some dust from its solar panels so it could recharge its batteries, which have run down.

“No signal from the lander was received after sending the commands to spin up the flywheel,” said Stephan Ulamec, DLR’s Philae project manager.

Whether “the command was received but couldn’t be executed, or it was executed but the transmitter is damaged or Philae is not able to switch on the receiver, we do not know,” he told TechNewsWorld.

Philae entered hibernation in November 2014, three days after landing on comet 67P/Churyumov-Gerasimenko and more than 10 years after leaving Earth.

Its batteries had run down because of reduced sunlight, and its orientation to theEuropean Space Agency’s Rosetta spacecraft, for which it’s the lander, was off kilter.

However, Philae did communicate sporadically with Rosetta from June to July last year.

DLR mission control had hoped additional sunlight on Philae’s solar panels would be enough to reboot it by August.

Philae has two radio transmitters and two receivers, and “one receiver is certainly damaged,” Ulamec said. “The other one was fine when we last had contact in July [and] should be fine.” One of the transmitters “shows abnormal behavior” and the other “apparently was never active and is probably damaged.”

Further, the lander’s not in a particularly safe location — on an active comet that is ejecting gas and dust into space.

The Need for Haste

Philae is “presently more than twice the distance from the sun than Earth is, and its temperature will drop below -61 degrees Celsius, significantly below its operating range,” William Newman, a professor atUCLA, told TechNewsWorld.

Things will get worse by the end of January, when the comet Philae is on will be more than 300 million km from the sun, according to DLR.

Once the temperature falls below -51 degrees Celsius, Philae no longer will operate.

The problem is dust on the solar generator, which prevented Philae’s batteries from recharging, Ulamec said.

Had the flywheel spin succeeded, it could have moved Philae away from its current position through the applied torque generated, he said, but “the exact behavior was difficult to predict due to many uncertainties regarding the landing terrain.”

In an ideal situation, the lander could have been moved to a location that would let it transmit data again, Ulamec remarked. That would have allowed it to perform more scientific experiments.

However, if things went wrong, Philae could have fallen upside down, he said. Fear of this “kept us from trying flywheel activation earlier on.”

Philae approached the comet at a relative speed of about 1 meter a second, but bounced twice.

The comet’s escape velocity is only about 1 meter a second, and Philae was scheduled to fire two harpoons into its surface upon landing to keep from bouncing off. However, they did not fire.

Philae landed oddly, possibly in the shadow of a nearly cliff or crater wall, and canted at an angle of 30 degrees. That prevented it from collecting enough solar power to recharge its batteries.

Still, it gathered enough data to, among other things, let scientists determine that the comet’s nucleus has no magnetic field and that the ratio of deuterium to hydrogen in the water vapor from the comet is three times that of water on Earth.

Failure to revive Philae would mean no more scientific data could be gathered from the comet, Ulamec said. “There can be no science operations without communications.”