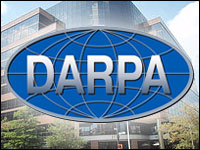 Researchers at XeroxPARC have developed a self-destructing mechanism for microchips embedded on a hardened glass surface.

The glass can self-destruct upon command and could be used to secure personal data such as health and banking records. It also can be used to destroy encryption keys stored on memory chips in standard consumer, enterprise and government electronic devices.

The research is part of the Defense Advanced Research Projects Agency’s Vanishing Programmable Resources project. The researchers demonstrated the self-destructing glass at DARPA’s Wait, What? event in St. Louis earlier this month.

The technology has reached the prototype stage, but no commercial or government uses for the self-destructing electronics are in the works, according to Gregory Whiting, senior scientist at PARC and the project’s lead scientist.

“We have working prototypes now that demonstrate the technology. They use techniques that are similar to what a product would be, but they do not have the functionality that a product would have. We haven’t settled on any particular type of product yet,” he told TechNewsWorld.

“People are interested in materials that can be transient in the environment. A simple example would be bioabsorbable sutures. For electronics, we usually do not have transience as a property. People work very hard to make sure that electronics components stay static and never change,” Whiting explained.

In demonstrating the technology, Whiting’s team used a strengthened glass similar to Gorilla Glass. They used processes similar to those manufacturers use when tempering glass for windshields — that is, building in stress on the outside.

“We build in a lot more stress, so when it breaks, it releases all the stress, causing the cracks to spider out very rapidly into lots of little particles. We use a chemical process rather than a thermal process and add resistive heating,” said Whiting.

In essence, the process ruptures the material, with everything exploding from the center.

“Our idea was to build a substrate that contained all of this stress energy. When the substrate was triggered to do so, it would break itself apart and disintegrate. Those particles would disperse, then the crack would propagate into the electronics and pull it apart as well,” explained Whiting.

Speed Is the Key

When someone initiates a crack in one of these glasses, it propagates at about 1,500 meters per second, according to Whiting.

“The time between issuing the self-destruct command and it actually happening — we are talking about no more than a couple of seconds. It is very responsive,” he said.

A variety of triggers can issue the destruct command: a photodiode, a radio signal, a laser, a voice phrase or a mechanical switch.

Self-destructing electronics have applications in a civilian context, especially for mobile devices.

Encryption keys on mobile devices are usually very long random numbers that are nearly impossible to crack, “but they are often protected by relatively weak passwords chosen by their owners,” said Chris Camejo, director of threat and vulnerability analysis forNTT Com Security US. “Various forensics tools rely on this principle to crack the encryption technology included on most smartphones.”

Placing encryption keys on a self-destructing chip that could be activated if a device were lost or stolen would make it much more difficult for a thief to extract information, he told TechNewsWorld.

The self-destruction tech also could be useful for digital rights management technologies. All it takes for a DRM scheme to fail is one hacker extracting keys and sharing them, Camejo said. A self-destructing chip could make that much more difficult by eliminating stored encryption keys if tampering were detected.

The technology could be rolled out on mobile devices or as part of a next-generation DRM scheme, he said. Apple has a track record of taking security seriously on the iOS platform with memory encryption, hardware-encrypted fingerprint readers (as opposed to the software encryption used on many Android devices) and its lost phone functionality.

“The movie and recording industries have also shown a willingness to embrace just about any technology, including those seen as intrusive — as demonstrated by the Sony BMG rootkit scandal in 2005 — if they believe it will help them protect their copyrights,” Camejo added.

The research project does not have secret government or military objectives, PARC’s Whiting said. DARPA’s interest is very much in commercial applications.

“They want to find commercial uses in things like environmental sensing. It would be much cheaper to have the sensors simply go away when we finish with them rather than have to go collect them and then store them,” he said.

The agency is interested in securing health information and banking records. With all the personal information that roams the Internet, DARPA wants to find ways to remove that information quickly and reliably.

DARPA is funding the research without restrictions or demands. PARC is a purely commercial entity, and if it were to turn this research into a business, DARPA would support it, he added.

Standard methods and materials make the technology accessible and affordable for commercial products.

“It would have a reasonable cost,” said Whiting.

“We are applying a process that is already used to produce strengthened glass like Gorilla Glass,” he said. “It is essentially that process with similar materials. Onto that glass we build electronics in a pretty conventional way. So the combination of those very commercial approaches with a few tweaks our way would not be something out of the reach of ordinary people.”