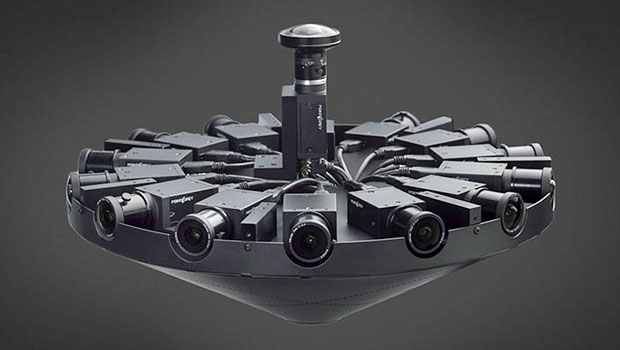 The Facebook Surround 360 system, which made its debut at the F8 developers conference, includes a production-ready camera — which costs about US$30,000 to build and looks like a flying saucer from a science fiction movie — and software for controlling the camera and for stitching and rendering what the camera captures.

“In designing this camera, we wanted to create a professional-grade end-to-end system that would capture, edit and render high-quality 3D-360 video,” said Brian K. Cabral, Facebook’s director of engineering.

“In doing so,” he continued, “we hoped to meaningfully contribute to the 3D-360 camera landscape by creating a system that would enable more VR content producers and artists to start producing 3D-360 video.”

Is Facebook trying to get into the camera business? Not quite.

“Facebook isn’t trying to sell lots of $30,000 360-degree cameras, but rather to make it easier for everyone to make really high-quality 360-degree videos,” said Jan Dawson, chief analyst withJackdaw Research.

“It’s not like a GoPro camera,” noted Michael Goodman, director for digital media at Strategy Analytics. “It’s not the kind of thing you’re going to take on your family vacation.”

What’s more, this summer Facebook will offer the plans for the camera and the code for its software for free on the popular developers’ website GitHub.

“We’re open-sourcing the camera and the software to accelerate the growth of the 3D-360 ecosystem — developers can leverage the designs and code, and content creators can use the camera in their productions,” Cabral said.

However, there probably won’t be a rush to build Facebook’s camera, maintained Glenn Hower, an analyst for Parks Associates.

“Traditional 2D content isn’t going to go away any time soon,” he said. “That doesn’t mean there isn’t a place for VR content, but it creates a different value than you get from television or cinema.”

Nevertheless, Facebook is positioning the camera system to stoke interest in what it sees as an important space for its brand.

“360-degree videos are a big new category of video on Facebook, along with live videos, and are important to its VR initiatives like Oculus Rift and Gear VR as one of the two major content categories along with games,” Jackdaw Research’s Dawson told TechNewsWorld.

“They want more people to watch more video on Facebook because they think it’s going to help them sell more video ads,” he explained.

“At the end of the day,” Goodman continued, “a video ad is a lot more lucrative than a banner ad is going to be for them.”

With the release of the Facebook Surround 360 system, the company appears to be recognizing that it needs to do more to ensure the success of its substantial investment in VR.

“Facebook has already invested in VR technology through its acquisition of Oculus Rift. Now they need to make it viable by generating income from it,” Parks Associates’ Hower noted.

“Having a viewing device is great, but you need content for it,” he said. “This is a step in the direction of getting people to start making content for the technology.”

When it comes to entertainment, the old saw about content is king applies to VR as much as it does to games, movies and television.

“This is a move by Facebook to give that market a push,” he added.

“Otherwise,” he told TechNewsWorld, “people are going to be sitting in their living rooms twiddling their thumbs with goofy goggles on their faces.” 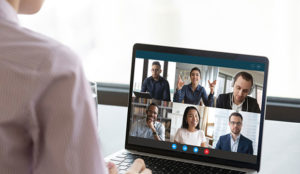