Facebook will begin providing TV broadcasters with data about the chatter their shows are inspiring on the site, The Wall Street Journal reported this week.

Facebook is in fierce competition with Twitter to become the primary destination for second-screen users to post their reactions and engage with others while watching TV series, sporting events, and special-occasion broadcasts like the Emmys.

To help broadcasters better understand how its members are using the second screen, Facebook will provide ABC, NBC, Fox, CBS and a few select partners with weekly reports on posts about their shows. The information will include how many Facebook actions — such as Likes, comments and shares — a relevant post earned, as well as the number of users who engaged.

Facebook will take information from both private and public accounts, but the company said it is all obtained anonymously and only provided in aggregate. All of the information collected will be available only to the participating TV networks.

Duking It Out for More Dollars

It’s unusual that two companies with so much data on users are competing to provide that data for free, said Alfred Poor, senior technologist at aNewDomain. However, Facebook and Twitter are both hoping that giving away the information will provide a substantial return — through learning more about how to engage users and by courting advertisers that want to target specific types of viewers.

“It’s not clear yet to social networks or content distributors how exactly the second-screen model works,” Poor told the E-Commerce Times, “but this is a good idea, and it makes sense to get that information out there into the hands of the broadcasters. Facebook is just starting to turn a profit, and Twitter is going to have to show investors it can be profitable with its IPO coming up, so this makes total sense.”

Given that the concept is so young, Facebook and Twitter both have a shot at becoming the primary second screen, said Peter Koeppel, founder and president of Koeppel Direct.

“It’s clear that second screen usage will soon attain ubiquity status, so the stakes are high,” he told the E-Commerce Times. “It’s way too early in the game to say that Twitter has an impregnable second screen viewing advantage.”

How to Generate Revenue

The next part of the puzzle for broadcasters and advertisers to solve will be how to turn the information from Facebook and its competitors into meaningful revenue streams, Poor pointed out. Social media sites have already established that users are indeed tuning into TV shows with a tablet or smartphone in hand to broadcast their reactions, but it’s still unclear how those Facebook posts or tweets might turn into profits for either the social network or the content providers.

That’s one area where Facebook could assert its dominance, suggested Poor. Advertisers would be attracted to the site if the company could provide broadcasters with detailed demographic data about the users Liking and sharing their thoughts on a show.

“Facebook has an incredible amount of information on its users,” he added. “It might be that knowing more about the demographics of a user could be of value for broadcasters, and they might be able to open up possibilities with content, as far as product placement or content sponsorship. This is a good place to start experimenting with that.” 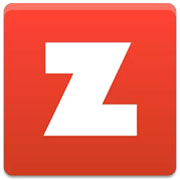