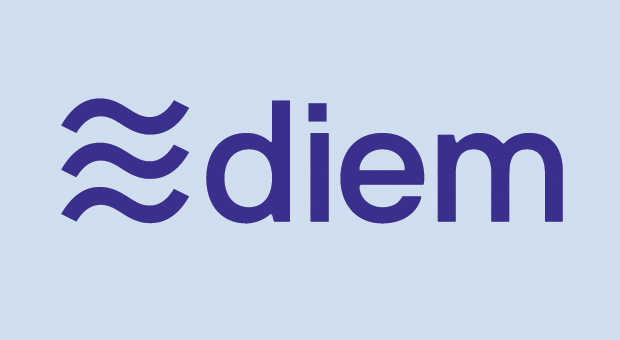 Libra, the digital currency announced by Facebook last year, is getting a new name. Libra will now be Diem.

The new name will reenforce the currency project’s independence, according to a statement released Tuesday by the Libra Association, which is also changing its name. From now on it will be the Diem Association.

“What’s the best way to get people to think about a product differently?” asked Josh Crandall, CEO and co-founder of NetPop Research. “Change the name.”

He maintained the name change is Facebook’s way to create a blank slate for the currency.

“The Libra rollout was rife with conflicts between partners and positioning statements that roiled the industry,” he explained to TechNewsWorld. “They had to bury that history however they could and changing the name was the fastest means to an end.”

The currency also came under fire from the U.S. government. “The Treasury Department has expressed very serious concerns that Libra could be misused by money launderers and terrorist financiers,” Secretary Steve Mnuchin told reporters at a White House press conference held around the time of the Libra launch.

“They’re trying to disassociate from the past, when they had trouble with regulators who saw Libra as a Facebook attempt to dominate the financial world,” she told TechNewsWorld.

“Branding and marketing can make a difference,” she added, “but astute financial regulators aren’t going to change their mind about anything just because of a name change.”

Facebook has done a great job of enlisting members from outside organizations to serve on the council governing its digital currency, maintained Graeme Moore, head of tokenization at Polymath, maker of a solution for creating, issuing, and managing tokens on the blockchain.

“But whether Libra or Diem, many will still think there is an outsized influence from Facebook,” he told TechNewsWorld.

“On the flip side,” he added, “many people don’t even know Instagram or WhatsApp is owned by Facebook, so for those individuals, I don’t think Libra versus Diem makes a difference.”

Looking Under the Covers

Martha Bennett, a vice president and principal analyst at Forrester Research, explained that regulators are concerned that Facebook’s global reach could create risk issues for the financial markets if Diem were broadly adopted.

“But the people who have the power to influence where this goes are not going to be fooled by a name change,” she told TechNewsWorld.

She noted that this isn’t the first name change in the Facebook currency scheme. Calibra, the name of the digital wallet used in conjunction with Libra, was rebranded in May as Novi.

“So what?” she asked. “It is still a wholly-owned subsidiary of Facebook.”

By the same token, she continued, “It doesn’t matter whether it’s called the Libra Association or the Diem Association because, from a technology development perspective, Facebook remains in the driver’s seat.”

“What really matters — and what both regulators and lawmakers will be looking for — is what’s under the covers. It doesn’t matter what you call it,” she said.

Facebook, through spokesperson Lauren Dickson, referred our request for a comment for this story to the Diem Association. The Association did not respond to a separate request for comment made by TechNewsWorld.

Since launching its currency scheme in June 2019, Facebook has had to give its scheme a makeover.

In April, it announced a scaled-back version of its original plan to be the center of a new global financial system with Facebook in the role of a central bank and Wall Street. The new system is a payment network similar to PayPal, with digital coins tied to a local currency.

In the original scheme, Libra was going to be backed by a “basket” of global currencies. While there will still be a variety of Diem supported by multiple currencies, its role in the system will be less prominent.

The scaled back Facebook currency scheme also seems to have calmed the qualms of regulators.

“Many of the concerns raised by regulators and politicians seemed like feigned outrage,” asserted Moore.

“From my perspective, the primary concern was Libra being backed by a basket of currencies rather than only the U.S. dollar,” he said. “Libra has altered their initial plans to now have Libra backed by only U.S. dollars, and their imminent launch shows this has satisfied regulators.”

“Imminent” could be as soon as January, according to some reports.

Facebook’s scheme may also benefit from a change in administrations in Washington.

“Gary Gensler and other members of the Biden team aren’t afraid of cryptocurrencies,” Litan said.

“They’re not going to have this knee-jerk negative reaction any time they hear the word cryptocurrency,” she continued.

She acknowledged that the new administration may have issues with Facebook, but “they ‘get it’ a lot more than the last one did” when it comes to cryptocurrencies.

“The last administration talked about how cryptocurrency was used for money laundering, when, in fact, it’s easier to stop money laundering on blockchain than in banks because the money movement is transparent,” she explained.

“They made comments that showed a fundamental lack of understanding that you don’t see with the Biden team,” she added.

“There haven’t been any overly regressive or detrimental policies that could have stifled innovation,” he said.

He added, though, that Mnuchin’s recent comments on regulation involving self-hosted wallets could tarnish what has been an otherwise straightforward, beneficial approach digital money.

With well over 1,000 digital currencies in existence, one might ask, “Do we really need another one?” Moore says yes.

“Fast money, secure money, private money, money backed by gold, money backed by dollars, money for specific use cases, and more,” he observed. “It’s not that we ‘need’ another cryptocurrency. It’s that humans love to innovate and create, and this design space is incredibly exciting to the world’s most enterprising people.”