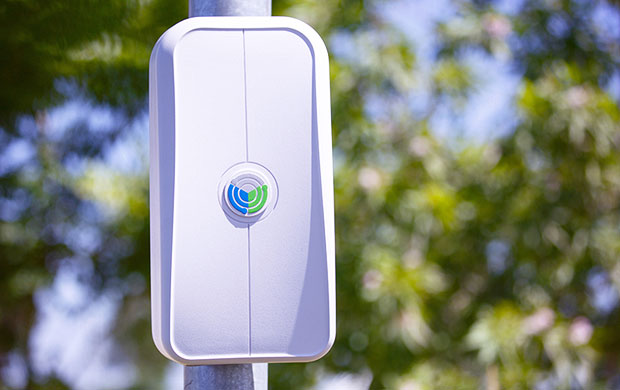 The platform is available in various options, ranging from a network in a box to an access point. It supports all existing wireless systems — everything from 2G to LTE, Facebook said.

However, it “contains no reference to bands used, as far as I could tell,” noted Chris Taylor, a research director at Strategy Analytics.

“Having to support 45-plus bands could break the bank, but I suppose they could instead cover the 24 or so most popular bands, as done in the latest iPhone 6s models,” he told TechNewsWorld, although that “could add (US)$15 or so to the bill of materials.”

OpenCellular consists of two main subsystems: general-purpose and baseband computing, or GBC, with integrated power and a housekeeping system; and radio frequency, or RF, with an integrated front end.

Its hardware design, necessary firmware and control software, will be open source.

“This is [the equivalent of] the PC revolution for base stations,” observed Sue Rudd, a research director at Strategy Analytics. “You or I could assemble it in our garage.”

Facebook will work with members of Telecom Infra Project, which it set up in February, to build an open source community around cellular access tech development, and to select trial locations for further testing.

The design and other elements — including the software management system, hardware design, baseband, amplifier, filter, mounting device and antennae — are still under development.

OpenCellular can be customized as required and set up as desired in rural or urban areas.

It is based on the following principles:

Major vendors “are already using many off-the-shelf components, but they’re also integrating and testing multivendor interoperability and lots of other things,” Strategy Analytics’ Rudd told TechNewsWorld. “The cost difference is due to systems-related issues and deployment costs — not the hardware platform.”

OpenCellular “will definitely help carriers” because of its small size, but “what are you going to do for power?” asked Ronald Gruia, a research director at Frost & Sullivan. “You may need to put in a solar panel if you put it up in the middle of a jungle, but what happens if there’s a cloudy day?”

The system will work even when the backhaul connection goes down, according to Facebook, and “this is the part of it that’s very intriguing,” Gruia told TechNewsWorld.

OpenCellular “attempts to turn yet another infrastructure market into a commodity,” suggested Rudd. “This could actually deter full-service vendors from innovation of next-generation 5G systems, as there are no profits to fund new R&D from solutions like this.”

Further, the quality of open source products depends on whether modifications are managed and tested by a competent authority, she cautioned.

One in a Long Line

“Ericsson and Nokia both have portable mini-base stations — a network in a backpack, if you like,” observed Joe Hoffman, a practice director at ABI Research.

However, “the big problem for the next billion [people] is affordability,” he told TechNewsWorld. “You can’t get much cheaper than WiFi, but the next billion aren’t currently being served. So it’s a business model problem, not a technology infrastructure problem.”

Backhaul is still a constraint for reaching out to isolated rural communities, Hoffman said, based on ABI research.

“At the end of the day, this thing is similar in scope to [Facebook’s] Free Basics,” remarked Frost’s Gruia. “Facebook is pushing for expanded access across the globe, and India and Egypt have banned Free Basics, so it remains to be seen how OpenCellular’s going to be received.”