Facebook’s Place Tips May Lead Advertisers to Pot of Gold 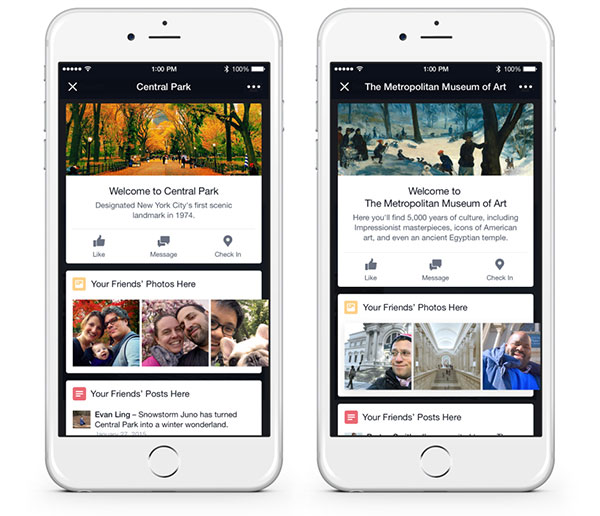 Facebook last week announced Place Tips for iPhones, a feature that will give subscribers location-based recommendations at the top of their News Feeds. No mention was made of launching Place Tips for Android or Windows Phone devices.

Tapping on Place Tips will call up the information, which will include posts and photos friends have shared about a particular place.

Place Tips is on by default, but it will appear only if users give Facebook permission to access their location through their mobile device.

Users can turn the feature off or on, or hide place tips about specific locations.

Facebook will be testing the feature soon in New York, at locations such as Central Park, the Brooklyn Bridge, Times Square, the Statue of Liberty and John F. Kennedy International Airport.

Facebook also will test Place Tips using Facebook Bluetooth Beacons — which send a signal to subscribers’ devices that helps the company ensure the right tips are displayed for the right place — at other New York locations.

Those locations will include the Metropolitan Museum of Art and several businesses.

It’s a Small World After All

“Our main goal here is to better connect people to the world around them,” Svensson told the E-Commerce Times.

“We already do that with News Feed by connecting people to the places, pages and news items they like, but we also realized there’s a wealth of information on Facebook that could be really fun and useful if we could show it to you at exactly the right place and time,” she continued.

Right now, Facebook is not using Place Tips to place ads, but “we may explore that in the future,” Svensson said. “For now, we’re really focused on testing how valuable this core experience is for people.”

Members must opt in to location services for Facebook in order to get Place Tips. Those who want to see tips from Facebook Bluetooth Beacons must first turn on Bluetooth.

A rollout to elsewhere in the United States is off the cards for now, because Facebook wants “to learn as much as we can from this New York test before we roll out to other cities,” Svensson remarked.

However, Place Tips “is more of a push than a pull feature,” said Alan Pelz-Sharpe, a research director at the 451 Group.

On the other hand, pushing Place Tips content to subscribers on an ongoing basis raises the possibility it will quickly be perceived as noise and ignored, Pelz-Sharpe cautioned.

The chances that Facebook ultimately will serve ads through Place Tips are good, because mobile ads have been an engine of growth for the company.

“Folks certainly want to place ads in an ever-more-personalized and targeted way, so this is good,” Pelz-Sharpe noted. “But how much [advertisers] will pay will ultimately depend on how many clicks get converted.”

Tracking location-based service usage will give Facebook plenty of data about mobile users, which can help in ad targeting, said Vikrant Gandhi, a principal analyst at Frost & Sullivan.

Facebook could leverage that information to also deliver targeted ads online, provided it establishes a successful association between a user’s different devices, he told the E-Commerce Times.

“Integrated advertising is what companies such as Facebook can — and should — deliver,” Gandhi said, adding that this feature “could eventually become standard.” 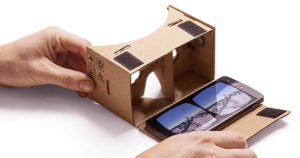